SEAN: As we get ready for the holidays, why not give the gift of new manga? Here’s what’s next week.

Bookwalker has a 7th volume of The Combat Baker and Automaton Waitress, which I need to catch up on still.

Cross Infinite World debuts The Cursed Princess and the Lucky Knight, another in its line of romantic light novels for young women.

J-Novel Club has the 18th Invaders of the Rokujouma!?. Just making that a sentence makes the punctuation marks cry.

In print, Kodansha has Attack on Titan 26, Boarding School Juliet 2, Kiss Me at the Stroke of Midnight 8, and The Seven Deadly Sins: Seven Days 2, which wraps up this spinoff.

ASH: It’s been a while since I’ve caught up on Attack on Titan, I should probably get around to doing that. 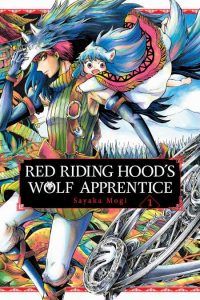 SEAN: Digitally we debut Red Riding Hood’s Wolf Apprentice, a Betsushonen title that’s also a bit of a gender reversal: Red Riding Hood is a demon hunter, and the wolf is a cute young girl. Those with long memories may recall Pupa, a JManga title by the same author.

Seven Seas has no debuts, but we do see Accomplishments of the Duke’s Daughter 2, Lord Marksman and Vanadis 9, New Game! 4, and Tomo-chan Is a Girl! 2.

ASH: That will make a nice gift for fans of the franchise; the manga adaptations have been pretty faithful to the BBC television series.

SEAN: Vertical has Pop Team Epic: Second Season, with even more of those memes (and gags, but let’s face it, mostly memes) that you need. 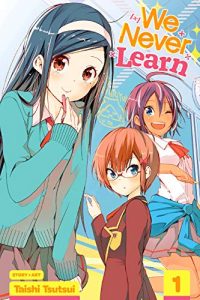 The rest is Viz, and we have a ridiculous amount of final volumes out next week. But first, the debut. We Never Learn is a new romantic comedy from Viz’s Jump imprint, following the adventures of a tutor trying to work with three geniuses who are brilliant at one subject and bad at others. Nisekoi fans should like this.

ANNA: I haven’t been reading Kimi ni Todoke recently because of being timid of emotional devastation but one day I will get all caught up!

ANNA: Any week Yona of the Dawn is coming out is a good week!!!! Also super excited for Ao Haru Ride.

ASH: Yes, Yona of the Dawn is great! I need to catch up on Queen’s Quality and Food Wars!, too.

MELINDA: Definitely Ao Haru Ride and Queen’s Quality! Also, I’m very behind in Platinum End, and obviously in danger of losing my Takeshi Obata fangirl card, so something must be done.

SEAN: Are you getting a pile of manga to give as presents? Or just reading it yourself?