SEAN: It’s fall! At last! What manga do we have? 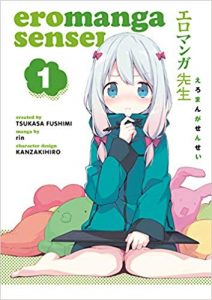 We start, as we often do, with Dark Horse, which has the debut of Eromanga-sensei. It’s by the creator of, and if I’m being honest for the fans of, Oreimo. Slightly less incest this time, though. It runs in Dengeki Daioh.

J-Novel Club gives us a 16th volume of Invaders of the Rokujouma!? After a one-month break, I am ready for more.

Kodansha is burying us in THINGS. Let’s start with print, as we debut Boarding School Juliet, which already came out digitally. It’s Romeo and Juliet meets a boarding school, as the title suggests.

ASH: It features Ban, who is probably the character from The Seven Deadly Sin that I get the biggest kick out of.

ASH: I’ll admit I’ve fallen behind, but I actually am following all of these series.

MICHELLE: I finally read the first couple Descending Stories volumes and liked them very much! 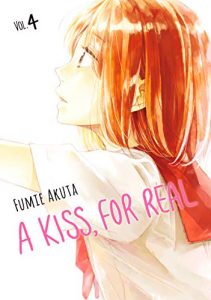 ANNA: Too much! Too much digital!

MICHELLE: The covers of A Kiss, for Real are promising, but I haven’t had a chance to dip into any of these yet.

ANNA: OOH, I forgot to get the first Captain Harlock!

ASH: I enjoyed it!

SEAN: Udon has a 2nd volume of Dragon’s Crown. 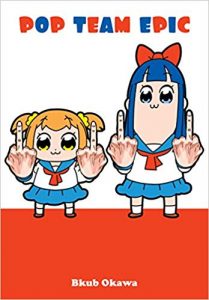 Vertical and Viz, hilariously, have two of the biggest debuts of the year, and they are RIGHT NEXT TO EACH OTHER, so I can’t use both for images. Fortunately, I am aware already what Manga Bookshelf will have as Pick of the Week. Thus, here’s a big slab of Pop Team Epic’s cover art. The first volume debuts next week, and we shall see if its cult audience will actually buy manga.

Viz Media debuts Ao Haru Ride, the title that was so requested they’re still calling it Ao Haru Ride and not Blue Spring Ride! It’s from the creator of, and better than, Strobe Edge. And given I quite liked Strobe Edge, it has a lot to live up to. It ran in Betsuma from 2011-2015.

MICHELLE: What she said!

SEAN: The other debut is the manga version of Juni Taisen: Zodiac War, NISIOISIN’s attempt at doing a survival game manga. The novel was… good, but not his best. Will the manga work better?

ASH: I think the story is much more suited to manga.

SEAN: One finale next week, but it’s a biggie: the 74th and final Bleach, in which ICHIHIME WINS! HAH! (cough) Sorry. There is also the 24th Bleach 3-in-1.

MELINDA: It’s hard to believe this day has come. 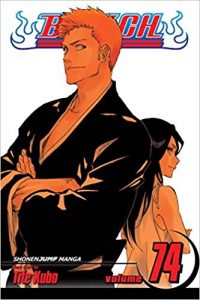 ANNA: So good! So much good stuff from Viz!

ASH: I’ve definitely got my eyes on more than a few!

MICHELLE: I’ve got my eyes on most of those, frankly.

SEAN: Are you upset? If you’re not upset, what are you buying next week?

ANNA: I’m not sure if you can tell, but I’m a little excited about Ao Haru Ride.