SEAN: Glory be! A small week! Is that because the last week of June is hideously huge? (peers ahead) Yup. Oh well, let’s enjoy next week anyway.

MICHELLE: Now I’m gonna have “The Night Chicago Died” in my head. Not that I’m complaining. 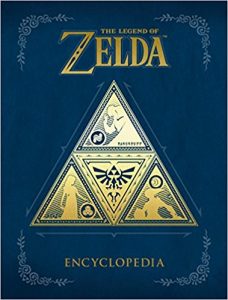 SEAN: Not manga, but it’s worth mentioning that Dark Horse has the Legend of Zelda Encyclopedia, a 320-page hardcover with oodles and oodles of Zelda. Click your Link and get it!

ASH: Ha! I believe I will, thank you very much!

Kodansha has a few print releases. There’s Love & Lies 6 and That Time I Got Reincarnated As a Slime 6. There’s also Maga-Tsuki 9-10, which is now getting omnibus releases, I guess? Never a good sign when a series shifts from singles to doubles late in the run.

ASH: I’ve been greatly enjoying That Time I Got Reincarnated As a Slime; much more than I though I would!

SEAN: On the digital side, we have the debut of Karate Heat (Tenohiro no Netsu o), a short Weekly Shonen Magazine title about middle-school karate students. It only ran three volumes, so won’t run up your budget.

MICHELLE: The fact that it’s so short is not exactly a good sign for a sports manga, but you know I can’t resist that genre, so I’ll definitely be checking it out.

ASH: Oooh! Karate! That is tempting.

MICHELLE: Same re: Perfect World. I also intend to read Drowning Love one of these days.

SEAN: Seven Seas just has one next week, Masamune-kun’s Revenge 8. 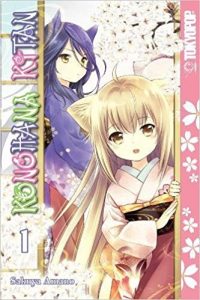 A new publisher debuts, calling themselves Tokyopop. This is their first title, but they may go far! Depends on the leadership, I suspect. Konohana Kitan is a not-quite-yuri not-quite-furry manga about a group of fox girls working at a hot spring, and it runs… or ran… in Gentosha’s Comic Birz, which is ceasing its print publication. I suspect it will move to digital publication.

MICHELLE: *dubious face that’s way more about the publisher than the fox girls*

SEAN: Meanwhile, Vertical gives us a 6th To The Abandoned Sacred Beasts.

Viz has a 5th volume of Golden Kamuy, a 5th Tokyo Ghoul: re, and also the 4th and final omnibus of Sweet Blue Flowers. I suspect this comes as a relief to the Manga Bookshelf folks who were wondering about Pick of the Week.

SEAN: That does it! It’s OK, next time we’ll be here for hours. But for now, what are you picking up?