SEAN: They did it again, so let’s talk Kodansha Comics. I love their digital line, even if I can’t keep up with it. I love it, but the short turnaround time on solicits/announcements means that I can never get it into Manga the Week of on time. And Amazon is also frequently very late with solicits (or absent with them), so sometimes I miss even more. So let’s start with what’s already out digitally. 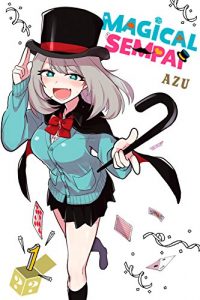 Magical Sempai (Tejina Sempai) is a gag manga about a magician’s club that runs in Young Magazine.

And Grand Blue Dreaming is a title from good! Afternoon which combines the writer of Bakas, Tests and Summoned Beasts with the artist of the Amagi Brilliant Park manga. It’s about scuba diving (and romance, and ecchi situations – come on, look at the creators).

Now onto next week’s titles. J-Novel Club has the 5th volume of I Saved Too Many Girls and Caused the Apocalypse, which is not as good as it once was, but let’s see if more girls can solve that.

As the Gods Will 2nd Series is another one of those titles that have been sneakily getting digital all along but which Amazon only recently started listing. Vol. 20 is out next week. And no, the first series was not licensed.

Descending Stories gets a 3rd volume, and will no doubt have a great story to relate.

ASH: I’m still so glad this series is being translated!

SEAN: Hotaru’s Way gets a 3rd digital volume, House of the Sun gets a 7th, and Kasane gets a 5th. (Sorry, have to streamline, too much stuff this week). 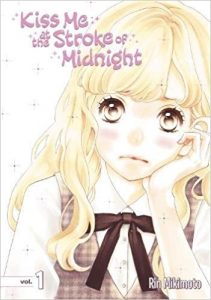 Kiss Me at the Stroke of Midnight (Gozen 0-ji, Kiss Shi ni Kite yo) is a shoujo debut for Kodansha, from the Betsufure magazine. It is a “comedy romance”, and the creator also does Love’s Reach, which Kodansha is putting out digitally.

MICHELLE: I was kind of looking forward to this one ’til you mentioned Love Reach, which I didn’t enjoy too much. Oh well. I’ll give it a shot, at least.

ANNA: Huh, I’m usually good for at least the first volume of a new shoujo series.

SEAN: And some print, with the 22nd Seven Deadly Sins, as well as the 7th Welcome to the Ballroom. Two titles unlikely to get a gimmicky crossover with each other anytime soon.

SEAN: Seven Seas has a quartet of titles, mostly for their female readers (yes, Seven Seas has female readers). There’s a 3rd Bloom into You for yuri drama, a 3rd Dreamin’ Sun for cishet drama, a 2nd High School Life of a Fudanshi for not-really-BL comedy, and a 2nd Plum Crazy for KITTY! fans.

MICHELLE: I’ll be picking up three of the four!

ASH: That’s pretty good odds! I still need to give Plum Crazy a try. I like High School Life of a Fudanshi more in concept than execution but largely enjoyed the beginnings of both Bloom into You and Dreamin’ Sun. 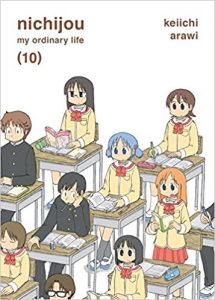 SEAN: We have reached the final volume of Nichijou with Vol. 10, surely one of the more bizarre comedies to get licensed over here. But fear not, its spinoff, Helvetica Standard, is coming soon, also from Vertical Comics!

The second volume of Golden Kamuy is out from Viz, and I understand it’s slowly transitioning to a cooking manga.

ASH: I think at heart it was always a cooking manga. (And of course I’ll be picking it up.)

SEAN: Goodnight Punpun has its 7th and final volume out next week. A gripping and well-told narrative that I found myself absolutely unable to read, but that doesn’t negate its power.

ASH: Once I’m feeling brave enough, I’ll read the sixth and seventh volume together. It’s a tremendous series, but not at all an easy read.

SEAN: Master Keaton also reaches an end with its 12th volume. Will we ever get more insurance investigator manga?

MICHELLE: Someday, I really will read this.

ASH: And someday I will finally finish reading it!

ANNA: It is so good! 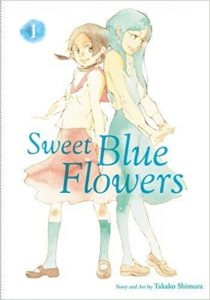 SEAN: Sweet Blue Flowers had a sort of aborted digital release from DMP a while back, but this omnibus edition from Viz is the real deal, and in print. It’s a great story and I can’t wait to read it.

ASH: One of my most anticipated releases this year!

SEAN: Yen On has a series of light novels, several of which I have dropped from my reading list. So fans of things that are really dark/evil will have to enjoy Black Bullet 7 and Overlord 5 without me, and fans of isekai-by-numbers will need to read Death March to the Parallel World Rhapsody’s 3rd volume.

As for series I am still reading, Accel World’s 11th volume will kick off a new arc. Baccano! surprises readers by jumping forward about 70 years (don’t worry, it’ll be back to the 1930s soon enough). Is It Wrong To Try To Pick Up Girls In A Dungeon? has a 9th volume that sees if Bell Cranel really can do something to piss off the entire cast.

There’s also the 3rd My Youth Romantic Comedy Is Wrong As I Expected, which refreshingly was not delayed. And a 7th Strike the Blood, which remains generic but highly readable.

As for Yen proper, let’s start with adaptations of light novels. We have a 5th Asterisk War, a 10th Devil Is a Part-Timer!, a 6th OreGairu (which is shorthand to avoid having to type out My Youth Romantic Comedy Is Wrong As I Epxected again), a 2nd of the No Game No Life Please! spinoff, an 8th Strike the Blood, and Vol. 3s of SAO titles Mother’s Rosary and Phantom Bullet.

There are non light novel adaptations as well, believe it or not. Alice in Murderland gives us a 7th volume of Kaori Yuki at her Kaori Yuki-est.

Barakamon has a 14th volume, and if you want to read the prequel, now’s your last chance, as we also have the 7th and final Handa-kun out in print.

MICHELLE: I watched some of the Barakamon anime recently, which convinced me I will love the manga when I finally get around to reading it. 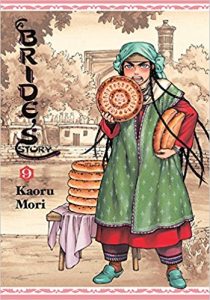 A Bride’s Story may come out once a year here and in Japan, but it’s always welcome, and I will definitely want to read its 9th volume, even if I still find its main female lead a bit dull.

ASH: I really love this series. Mori’s artwork is stunningly beautiful in it.

ANNA: The art really is such a standout on this title.

SEAN: In titles I have nothing to say about, there’s a 4th Bungo Stray Dogs, an 8th Dragons Rioting, the 2nd Kakegurui – Compulsive Gambler (now in print), a 4th Kiniro Mosaic, a 3rd Royal Tutor (now in print), the 8th School-Live!, and a 5th Today’s Cerberus (now in print).

ASH: I need to catch up on Bungo Stray Dogs for the sake of all its J-Lit references if nothing else.

SEAN: Madoka Magica continues to push out spinoffs, with the 3rd Homura Tamura and the 4th Tart Magica.

Lastly, Rose Guns Days begins its 3rd Season, which presumably will feature a new main character to interact with Rose and her brothel of eccentrics.

Sorry for the compressing, but come on, look at all those titles. I have to save space. What’re you getting next week?