SEAN: Too many titles, let’s jump right in! What’s the feel-good manga of the summer?

ASH: Yup. This is the one. The feel-good manga of the summer. Seriously though, I’m always glad to see a new volume of Berserk (finally) show up.

SEAN: J-Novel Club thankfully gives us just one Invaders of the Rokujouma, the 4th. I enjoyed it, but am grateful it’s not 3 every month.

Kodansha has just one Del Rey rescue this week, the 18th volume of Alive.

ASH: Oh! I’d almost forgotten about this one! I wonder if the success of Noragami created more interest in this series. 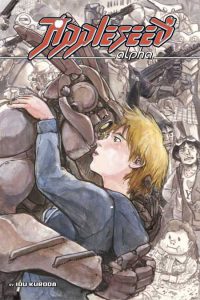 SEAN: After delays that seemed to number in the centuries, we’re finally seeing the release of Appleseed Alpha, the manga adaptation of the 2014 film by the creator of Sexy Voice and Robo. It ran in Morning Two, and should be complete in one hardcover omnibus. More Deunan is always welcome.

ASH: I actually hadn’t realized that Iou Kuroda was involved with the manga.

SEAN: Kodansha Digital has plenty of new titles on tap this week, starting with some sports for Michelle with the third DAYS.

SEAN: There’s also the 12th Fuuka (the previous 11 having come out before I started tagging all the digital titles). Fuuka is a Seo Kouji title, which is its own warning.

GTO Paradise Lost has a 3rd volume. I need to catch up or I’ll end up very behind.

There’s also a 2nd Kasane, for those who like scary things.

MICHELLE: It’s simultaneously funny and depressing and now I find I kind of dread discovering the latest heartbreak!

ANNA: I need to read this, I’ve been distracted by some of Kodansha’s other digital offerings.

SEAN: Lastly, we’re back to print with the 14th volume of Yamada-kun and the Seven Witches.

ASH: I did largely enjoy the beginning of the series, but it’s starting to feel like the manga is being stretched too thin at this point. 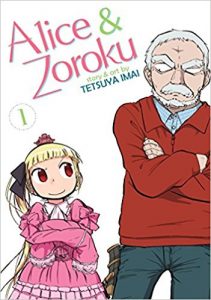 SEAN: Seven Seas sneaks up on you, as they don’t mass ship on one week the way Viz and Yen do, but they’re putting out a PILE of titles every month now. First up, the debut of Alice & Zoroku, a seinen title from Comic Ryu about experimental kids from a research lab and a grumpy, mostly normal old man.

The Ancient Magus’ Bride has a 7th volume coming, and that should make all of you very happy. I certainly am.

ASH: It makes me happy! This series is still one of my favorites currently being released.

SEAN: As for the 12th volume of Magical Girl Apocalypse, I’m sure some folks are happy there as well.

Monster Girl fans will be pleased by a 6th Nurse Hitomi’s Monster Infirmary.

And if you like light novels from J-Novel Club but hate digital titles, there’s the first Occultic;Nine novel in print with Seven Seas distributing.

MICHELLE: This was not on my radar at all!

SEAN: Lastly from Seven Seas, we have Wadanohara and the Great Big Sea (Oounabara to Oounabara), a Gene Pixiv title that seems to be a younger-skewing fantasy title. It’s an omnibus of Vol. 1-2. 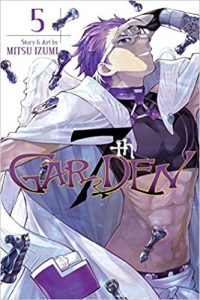 The sad thing is it’s a first week and I haven’t gotten to Viz yet. Let’s start with the 5th 7th Garden manga.

Anonymous Noise has a 3rd volume of teenage angst and pop music.

ANNA: I feel weirdly conflicted about this title and yet I’m sure I’m going to read it.

SEAN: Bleach is still churning out manga volumes despite the series ending about this time last year, and we’re now up to Vol. 70.

And Blue Exorcist has a 17th volume, a series I still quite enjoy even if I lose track of the plot at times.

The Demon Prince of Momochi House has a 9th volume, standing above all as the ongoing Aya Shouoto series in North America.

MICHELLE: And the best thus far.

ASH: I’ve been enjoying it, too!

SEAN: It’s unlucky 13 for Haikyu!!, and hopefully the triskadecaphobia won’t strike the team itself.

SEAN: Honey So Sweet has a 7th volume for is. It’s certainly lived up to its name.

The 22nd volume of Nisekoi will wrap up Mariko’s subplot, and hopefully not kill her off with Love Story disease. 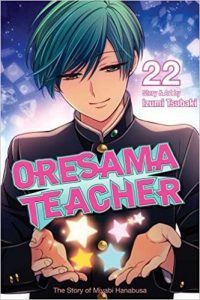 And there’s a 22nd Oresama Teacher as well, which delights me. Super Bun returns FOR GREAT JUSTICE!

ANNA: I’m behind on this title, but who doesn’t love Super Bun????

ASH: Considering my love for Monthly Girls’ Nozaki-kun, I should really make the point to give Oresama Teach a try one of these days.

And The Water Dragon’s Bride has a second volume, and I’m hoping continues to keep the oddly creepy mood of the first.

ANNA: This is a great series.

ASH: Another series I’ve been meaning to try! I greatly enjoyed the creator’s earlier series Dawn of the Arcana.

SEAN: Lastly, World Trigger hits its 16th volume, and I suspect we may be catching up with Japan before long, as the author is ill.

SO MUCH MANGA. Is it making you sweat, or is that just the heat?