SEAN: Believe it or not, under 20 releases is now a quiet week. Welcome to the Manga Boom, here’s your accordion. So what’s out next week? 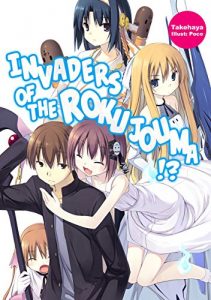 J-Novel Club has an odd license. Despite being available to them, no one thought the company would license Invaders of the Rokujouma!? for two reasons: 1) It’s 23 volumes and counting in Japan, and 2) it already had a well-regarded fan translation of the first 22 volumes. But J-Novel has licensed that fan translation, is giving it an edit, and doing a fast release of the first three volumes of the series, with more to come monthly, apparently. As for the title itself, it’s a harem comedy, so moving on…

ASH: It’s probably not a series that I’ll ever pick up, but that’s an interesting publication history!

…and I guess that Kodansha has Battle Angel Alita 1-3 out digitally too. I knew it was coming, but not so soon. This is the original BAA (as opposed to the Last Order reboot), with a new translation.

Their lone print release this week is the 60th volume of Fairy Tail, which should be wrapping up in Japan soon.

Kodansha also has new digital releases. Kasane is an award-winning work, and runs in the magazine Evening. It appears to be a dark thriller with lots of bullying and abuse overtones. But, magic lipstick! 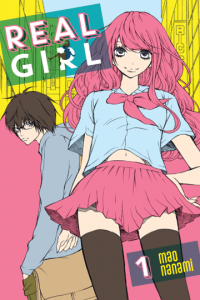 Real Girl (3D Kanojo) is a shoujo/josei title from Dessert, involving a nerdy outcast type who ends up working with a cool beauty, the sort he hates, but gradually comes to realize that cool beauties are people too.

ANNA: I have mixed feelings about these digital releases, I’m so happy that more shoujo/josei is coming out, but having been burned before by the crash and burn of digital manga programs in the past, I’m concerned about some of these titles actually being finished. Also, it would be great to have some more josei print manga! Even with these handy reminders for the Manga Bookshelf team, I’m having a hard time keeping track of all the digital releases that I’m interested in.

MICHELLE: There certainly are a lot of them! That said, I will give these two new ones a try. And yay for more Nodame, as well!

ASH: I’m glad that these titles are being licensed at all, but I’d definitely like to see more of the released in print, too.

MELINDA: I share Anna’s concerns. I’m glad these are being released, but I’m still reeling from the loss of some JManga series I was really invested in (that have not, to my knowledge, been picked up by anyone else), and I admit I still mistrust digital.

SEAN: If it helps, the JManga title To All Corners of the World was rescued by Seven Seas and will be out in November in one (print) omnibus.

Seven Seas has a few new titles next week, starting with a (gasp!) novel, The Disappearance of Hatsune Miku, based on the seemingly unstoppable Vocaloid idol. 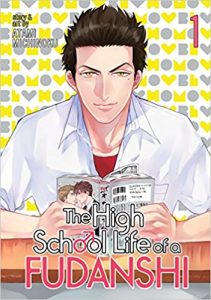 The manga debut is The High School Life of a Fudanshi (Fudanshi Koukou Seikatsu), a comedy title from Zero-Sum Online about a straight guy obsessed with BL, and his drive to find someone else to share his obsession with.

ASH: Knowing a few straight fudanshi myself, I’m rather curious to see how the series handles the topic.

SEAN: And there’s a 5th volume of Shomin Sample, which must have run out of girls showing us their panties on the cover by now. (checks) Sadly, apparently not.

Vertical has the 8th Ninja Slayer, for all your Ninja needs.

They also have a light novel based on the Seven Deadly Sins manga, subtitled Seven Scars They Left Behind. Judging by that title, I wouldn’t expect a lot of laughs.

Yen Digital has some new volumes for us, as we get the 10th Aphorism, the 10th Crimson Prince, and the 10th Sekirei.

And while it’s not Vol. 10, Yen On does have the first four Sword Art Online novels now available digitally, for those obsessed with reading light novels on their phones (like me).

Are you taking a week off? Or getting something here?