SEAN: We’re near April Fools’ Day, and while I normally tend to shun it, I will make one overture to the holiday by doing next week’s manga list in reverse order.

So let’s start with Viz Media and Yu-Gi-Oh!. The seemingly endless franchise is starting a new series, this one called Arc V.

Yona of the Dawn gets a 5th volume, and is always near the top of my must-read list.

MICHELLE: And mine, as well.

ASH: I’ll be reading it soon, too!

ANNA: It is so consistently good. 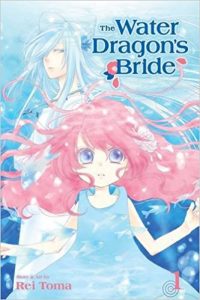 The big debut this week is The Water Dragon’s Bride, which is by Rei Toma, author of Dawn of the Arcana, and runs in Shogakukan’s shoujo/josei crossover magazine Cheese!. Expect fantasy and spunky female leads.

MICHELLE: Having enjoyed Dawn of the Arcana quite a lot, I’m really looking forward to this one!

ASH: I actually just started reading Dawn of the Arcana for the first time. I’m really enjoying the series, so I may need to make a point to pick up The Water Dragon’s Bride, too.

ANNA: It is great, but the first volume is actually much darker than most shoujo manga I’ve read recently, so it is an interesting change of pace.

So Cute It Hurts!! has hit 12 volumes, which frankly surprises me. And there are more to come.

ANNA: I need to get caught up on this.

SEAN: The Rurouni Kenshin series gets a 2nd 3-in-1 volume.

ASH: Glad to see Viz keeping this series in print. (The VizBig editions were nicer, though.)

ANNA: It is one of those series that should be in print!

SEAN: And Naruto gets its 18th 3-in-1, which means it can now legally vote. 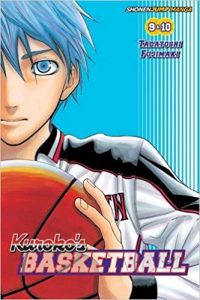 Kuroko’s Basketball has another omnibus, covering Volumes 9 and 10. Spoiler: basketball is played.

Honey So Sweet has a sweet 6th volume.

ANNA: It is so super-cute and adorable.

MELINDA: I haven’t been reading this, and maybe I should be.

SEAN: And Haikyu!! has hit double-digits. (Technically, so has Kuroko.)

ANNA: It is a favorite series in my house, my kids devour each volume.

SEAN: Food Wars! gives us a 17th volume, and promises to make life difficult for our favorite haughty blonde heroine.

ASH: I really need to catch up with Food Wars! one of these days.

SEAN: The Demon Prince of Momochi House has defeated the other Aya Shouoto manga titles to become the Last One Standing, and here is its 8th volume.

MICHELLE: All of the last five titles are on my list, though it’s Haikyu!! and Food Wars! that I love the most. Well, Honey So Sweet is right up there, too.

ASH: The Demon Prince of Momochi House is my favorite of Shouoto’s manga currently in English, so I’m glad we’ll be getting more. 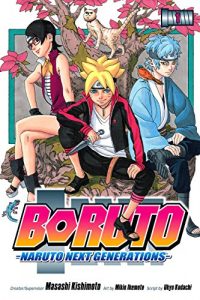 SEAN: Viz debuts its Naruto spinoff Boruto, which is about the next generation of ninja children, and perfect for the three or four people who weren’t upset with the ending pairings.

SEAN: Black Clover has a 6th volume, and we will see how much it apes other series and how much it tries to do its own thing.

As for Assassination Classroom 15: if you wondered if Kaede Kayano would ever do anything other than make flan and have a crush on the hero, this is the volume for you.

Lastly (for Viz), we have a 4th volume of 7th Garden, shipping on the 5th, just to keep things confusing.

ASH: I’m actually really looking forward to this collection if for no other reason than the volume has a story by Toh EnJoe in it.

Kodansha gives us a 13th volume of Yamada-kun and the Seven Witches, well into its second round of witch shenanigans.

For fans of old Del Rey titles being restarted digitally, there’s new volumes of Alive, Princess Resurrection and Pumpkin Scissors out next week.

Back to print, with the 3rd volume of Fire Force, combining firefighters and the supernatural deftly.

And there’s a second volume of All-Rounder Meguru for more digital fun.

MICHELLE: Woot. Not that I’ve managed to keep up sufficiently to have read the first one yet.

SEAN: J-Novel Club has a third volume of ridiculous but fun series My Big Sister Lives In A Fantasy World, which may be the beach episode readers have dreamed of.

Dark Horse is reminding us they do manga by having a pile at once. We get a 3rd I Am A Hero omnibus, for all your zombie apocalypse needs.

Hatsune Miku: Rin-chan Now! is another in the endless Vocaloid franchise.

Blade of the Immortal has a 2nd omnibus, for those who missed its previous re-releases.

Lastly, there’s a 7th Astro Boy omnibus, for those who missed ITS previous re-releases.

Perceptive readers might think I did this backwards just to get the images to fit properly. LIES. It was totally due to April Fools. So what are you getting?