SEAN: For a second week of the month, next week is pretty packed with stuff. Let’s leap right in.

I have become very wary of ever listing a print book by DMP on this list again, and it may just result in me being burned, but for now, the 4th volume of Border is still being listed as coming out next week.

Likewise, there’s also Does the Flower Blossom? 3, with the same caveats.

ASH: DMP has been having major problems with distribution, but I do know that currently these two manga actually do exist in print. 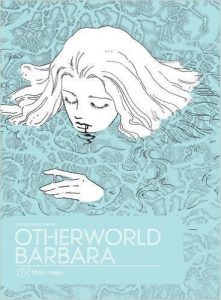 SEAN: The Manga Bookshelf’s pick of the Week has been fairly unanimous the last two weeks, and I suspect we will make it three with the release by Fantagraphics of Otherworld Barbara, a 400-page hardcover by Moto Hagio. This is the first of two volumes, and originally ran in the shoujo magazine flowers (note the lack of caps), home of Kaze Hikaru, as well as 7SEEDS, which is still unlicensed because Viz laughs at our pain. It should be amazing.

ASH: I am absolutely thrilled that more of Hagio’s manga is being translated. I’m especially excited for Otherworld Barbara since it’s an example of her science fiction work, which I love.

ANNA: No surprise, I’m looking forward to this too. I appreciate the 7SEEDS shoutout!

SEAN: Attack on Titan has an 8th volume of its Before the Fall spinoff from Kodansha – honestly, it’s run a lot longer than I expected.

Fairy Tail has reached its 55th volume, and really that is about what I expected. It’s not remotely done either.

And we finally run out of Tsubasa Reservoir Chronicle with its 9th and final omnibus.

On to Seven Seas. Devils and Realist has reached 10 volumes. I’m not sure what’s going on in it anymore, but the guy on the cover looks pretty sexy.

ASH: I’ve fallen behind on reading the series, but the covers and artwork are lovely to look upon.

SEAN: The Testament of Sister New Devil also has what might be considered by its core audience a sexy cover with Vol. 3. Its audience and Devils and Realist may not overlap at all. 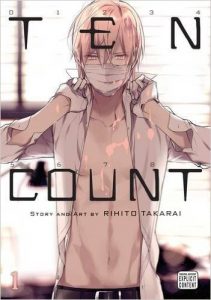 SubLime gives us the debut of Ten Count, a new BL manga. No, it’s not about boxing – I think North America would more accurately call it Ten Step. It’s about therapy, and by the author of Seven Days.

ASH: I loved Seven Days so will definitely be checking out Ten Count. Despite it’s popularity, it does seem to be a somewhat divisive series, though.

SEAN: Udon has the 3rd volume of Kill La Kill. Be warned, the manga was cut short before it covered what the anime did as well – this is the final volume.

It’s been almost a year since the last Arata the Legend, which has caught up with Japan and thus runs on Watase Yuu time. Vol. 24 is here, from Viz, however.

Itsuwaribito has finished in Japan, but there’s more of it to come over here, and Vol. 18 ships next week.

Oh thank God, something I actually read on a regular basis. Magi! Yes, Magi is here to give me something besides Moto Hagio to buy this week. Luckily, it’s awesome.

ASH: I still need to get around reading Magi…

MICHELLE: I’m a few volumes behind, so look forward to getting caught up.

Lastly, Viz is releasing an artbook of Yoshitake Amano’s works, simply called Illustrations. It should be gorgeous, and also have vampires, given its creator.

ASH: I have another of Amano’s artbooks and it is stunning, so I’m definitely glad to see more being released.