SEAN: Mid-July is a good-sized week, but not completely overwhelming like the first/third weeks tend to be. Let’s see what’s happening.

Dark Horse has the second volume of Oreimo spinoff Kuroneko, marketed to the six remaining Oreimo fans who didn’t scream in anger at the end of the main series.

Kokoro Connect has proven to be a fast favorite of mine, and so I am very happy to see the fourth volume from Seven Seas. 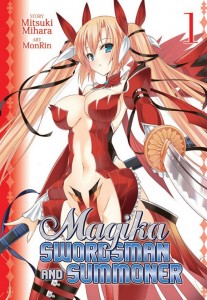 Magika Swordsman and Summoner is the new series debut of the week. It’s fantasy, it has a magical school, our hero is bullied by the students for his status, he amasses a crew of girls who like him, *and* it runs in Comic Alive. If ever a series screamed “License me, Seven Seas!”, this is it. And so they did.

The Sacred Blacksmith also has a new volume, its eighth.

For BL fans, there is the second volume of Love Stage!! from SubLime.

MICHELLE: I wasn’t entirely sold on volume one, but I’m at least willing to check out the second.

ASH: I actually still need to read the first volume…

SEAN: And also a 2nd volume of The World’s Greatest First Love.

I’m loving Vertical’s My Neighbor Seki as much as I thought I would, and the arrival of a third volume fills me with glee.

ASH: My Neighbor Seki is an incredibly delightful series!

ANNA: I haven’t read this yet and I feel guilty.

MELINDA: I second the glee! 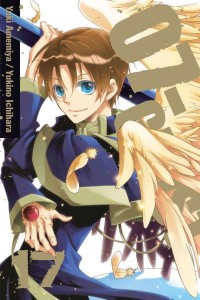 SEAN: The rest is Viz. I believe that Vol. 17 is the final volume of 07-GHOST, though Anna can likely confirm that. Bye, 07-GHOST! You were a good license rescue that I fell so far behind on I may never catch up.

MICHELLE: I still intend to read it, one of these days!

ANNA: I also have not caught up on this series and feel even more guilty, because I liked the first few volumes.

The 9th Ranma 1/2 omnibus has one of my favorite arcs of the series, where Akane gets so mad she declares that Nabiki can be Ranma’s fiancee instead, and the fallout that happens is magical. Oh, and we’ll also meet Pantyhose Taro, who… I will not spoil.

There is an 18th volume of RIN-NE, where the plot finally comes into focus and nothing will be the same anymore… OK, I can’t even type that with a straight face.

MICHELLE: I still like RIN-NE, though, particularly when I’m in the mood for something not mentally challenging.

Is there a favorite here for you?