SEAN: Some newer series, some old favorites, and some back from the dead in Week 3 of the month of May.

DMP is releasing print volumes again, including two of their old non-BL series. Takasugi-san’s Obento gets a 2nd volume, and continues to charm readers and make Bunny Drop fans stare at it warily.

ANNA: I liked the first volume a lot, and I really hope it doesn’t go into Bunny Drop territory. 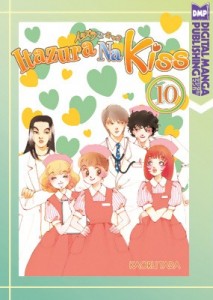 SEAN: And we have at last the return of Itazura Na Kiss, everyone’s favorite bitter black coffee of the shoujo manga world. Will its leads ever stop being so… themselves? Probably not, but here’s more of it, and I can’t wait.

ASH: I’ve heard nothing but good things about Itazura Na Kiss; I really should get around to reading it one of these days!

ANNA: A classic! I’m so glad to see more print volumes coming out from DMP. I need to order this!

MELINDA: Nice to see this back!

SEAN: Kodansha has the 3rd Air Gear omnibus, with 3 more volumes of the roller blading superhero-ish manga for your perusal.

They also have the 5th volume of Ghost in the Shell: Stand Alone Complex, which I should really try to catch up on.

Meanwhile, Kanokon has a 3rd omnibus, which ends the manga release. And thank goodness, as this is the last time I will have to avoid saying something about it.

MICHELLE: Nothing for me here. 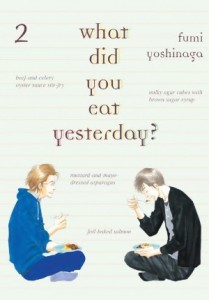 SEAN: If I had to drop a series after Vol. 1 merely as I found the lead unlikeable, I’d never be reading a lot of series. Thus I will look forward to Vol. 2 of Vertical’s What Did You Eat Yesterday? and its very prickly lead guy – being a good cook only gets you so far with the reader, though.

ASH: I’m excited to see this one, too!

ANNA: My shopping list is growing this week! So excited for more great foodie manga!

SEAN: Lastly, Vol. 2 of Gangsta drops, and I’m hoping it keeps to the high standard set by Vol. 1, as I enjoyed the debut volume quite a bit.

ASH: I really enjoyed the first volume of Gangsta and so look forward to reading more soon!

ANNA: I’ve read this already and enjoyed it! Gangsta is rapidly becoming one of my new favorite ongoing series.

SEAN: What manga are you rebelling against?