SEAN: There are no quiet weeks for the month of March, each week having a surprisingly robust group of manga coming out. Here’s what’s next week.

Genshiken returned after a hiatus, never a good sign, and with a ‘next generation’ cast that almost immediately brought back the previous generation, an even worse sign. Despite this, it’s been incredibly entertaining, always remembering to focus on the people rather than the otaku. Vol. 4 of Season 2 comes out next week.

MICHELLE: Will I lose my manga badge if I admit I’ve never read Genshiken?

ASH: I only got around to it after the omnibuses were released, but I’m glad that I did. I’m enjoying the second season, too.

ANNA: I will have to lose my manga badge too, because I have never read it either.

MELINDA: I’ve had this on my “to read” list forever. Perhaps I can finally start picking up the omnibus release. 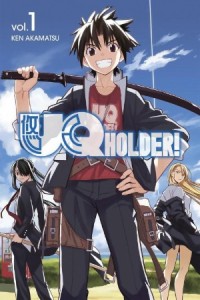 SEAN: Speaking of returning after a hiatus with a next-gen cast, UQ Holder is Ken Akamatsu’s new work for Kodansha after the abrupt end of Negima. The series takes place in 2086, and magic is now known to the world after the events of Negima. The main cast (with perhaps one exception) is not from Negima, however, but a new crew getting ready for some adventure. Expect action, humor, and gratuitous nudity.

And while CLAMP has indeed gone back to the well and restarted their old series xxxHOLIC, we aren’t getting that new run yet. Instead, here’s the first omnibus putting back into print the old series that came out 11 years ago – an eternity in manga boom years! – from Del Rey Books, who also published Negima. And Genshiken.

MICHELLE: Ooh! I somehow missed out on buying the last couple of volumes of the first run of xxxHOLiC, and now they’re pretty expensive. Maybe I’ll pick up the final omnibus instead.

MELINDA: This makes me very happy!

SEAN: They are also bringing you Vol. 5 of Mayo Chiki, which is what it is, and no amount of my wishing it was more like Railgun or Toradora will change that.

And there’s another Witch Buster omnibus on the manwha front, as Vols 9-10 are due out next week. 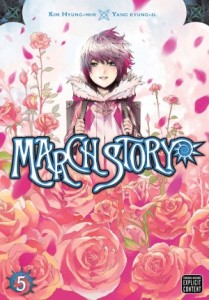 On the Viz front, we have the final volume of March Story, which is not quite manwha – the creator is Korean, but the story itself ran in the Japanese Sunday GX, home of Black Lagoon. I never did get around to reading it, but always heard good things.

MELINDA: I’m looking forward to this! I’ve enjoyed it from the start!

SEAN: Lastly, it has been a full year since the last volume of Vagabond, so Vol. 35 had better be worth the wait. Oh wait, it’s still an Inoue manga, of course it is.

MICHELLE: Someday, I will read more Vagabond. I just seem to prefer basketball!Inoue, though I know Anna disagrees with me! :)

ASH: I adore Inoue’s work and Vagabond is fantastic. I’ve actually read the novel that the series is based on, too. They’re both epic, and I love Inoue’s interpretation.

ANNA: Vagabond is the best. I pine for more VizBig editions of this excellent series.

SEAN: Sadly, there are no Irish manga this week, just Japanese (and Korean). What are you getting?