SEAN: Just before Christmas, we have a fairly big week with lots of stuff to give folks for the holidays (or request for your own present.)

First off, another “Sean missed this” entry. Since I go by Amazon now, I forgot that Right Stuf shipped Hetalia Axis Powers Vols. 4 and 5 and left them off last week’s list. I’ve already devoured my own copies, and can safely assure Hetalia fans these are well worth picking up. Non-Hetalia fans likely find the whole phenomenon baffling.

ASH: I’m hoping that Hetalia continues to do well (at least I think it’s doing well) so that Right Stuf will be able to expand it’s print-on-demand program.

MJ: I’ve never been able to muster interest in Hetalia, but hearing that you’re so hooked on it, Sean, makes me feel foolish. So. Hm.

SEAN: It’s definitely not for everyone… Hetalia requires a love of World War II-era history and at the same time an ability to completely disassociate the atrocities of that period from the characters that represent each country. It’s pure fluff, and just the idea that it’s pure fluff really bothers folks – and rightly so. That said, if you can bend your brain that way, there are a lot of fun stereotypes here that are all done with a kind, loving heart.

Dark Horse’s Evangelion spinoff, The Shinji Ikari Raising Project, is getting close to actually surpassing the main manga series in terms of volume count. Vol. 13 hits next week, and promises an actual plot!

The fourth volume of No. 6 comes out from Kodansha. Is the BL tease in this series the same as the yuri tease in series like Sunshine Sketch?

ASH: I haven’t read Sunshine Sketch to be able to compare, but I am enjoying the development of Rat and Shion’s relationship in No. 6. 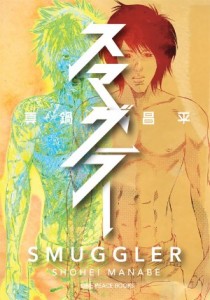 SEAN: One Peace has an omnibus collection of Smuggler, a seinen series that ran in Kodansha’s Afternoon back in 2000. Tokyopop apparently released this before, but I have no recollection of it at all. More seinen is always good, especially from a new-ish publisher.

ASH: One Peace tends to license some interesting manga. I’m particularly curious about this rescue since I missed Smuggler the first time around.

SEAN: Vertical has a new hardcover edition of Gundam The Origin, the 4th. It’s subtitled Jaburo, and I presume it will keep the stellar quality of the previous releases. Must buy.

ANNA: The world is a better place due to the existence of this glorious manga. And Char Aznable.

ASH: The Origin is definitely one of the highest quality releases of manga in English right now.

SEAN: There’s also the 2nd and final volume of Summer Wars. I was surprised how much I enjoyed the first one of this series – far more than I expected – and look forward to the 2nd with bated breath.

MJ: I’m looking forward to this as well!

SEAN: Viz has the 11th volume of one of my pet favorites, Dorohedoro. It can be hard to dip in and out of, but it’s a series that rewards close reading and re-reading. Plus it’s filled with awesome characters.

ASH: I’m always excited to see a new volume of Dorohedoro! It also makes me want to eat mushroom gyoza.

SEAN: And then there’s a giant pile of Yen. The 3rd volume of Are You Alice? continues the Alice trend we’ve seen all year, which looks to pile up even more titles in 2014. 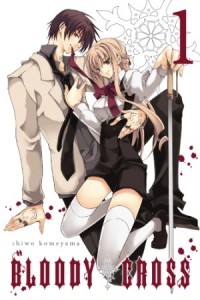 Bloody Cross is one of those series that cried out to be licensed. Vampires, demons, hot guys, hot girls… all this and it runs in Shonen Gangan, a magazine with a very good reputation to exciting series. This should be fun.

SEAN: High School of the Dead is still popular enough to get those giant full-color omnibuses, and here is the 2nd.

The Melancholy of Haruhi Suzimiya manga is wrapping up soon, mostly as the novel author hasn’t written new material. The final arc continues in this 17th manga volume.

Pandora Hearts 19. I think that says it all.

MICHELLE: Pandora (Will Break Your) Hearts!

MJ: Yes, it really will. In the best way possible. *heart*

SEAN: Puella Magi Kazumi Magica has its 3rd volume coming out. The movies have made this franchise even more popular, though I am also hearing talk of a backlash against the darkness. Will this manga make things even bigger?

The 10th Spice & Wolf novel continues to combine fantasy, moe, economics and confusing people who buy it thinking it’s the manga. This is the novel.

Sunshine Sketch not only has its 7th volume ship to stores, but it also has all 7 volumes available in ebook format next week! Great news. As for whether Sae and Hiro finally graduate and the title is forced to continue without them… I suspect that may get dragged out a bit longer.

Finally, Until Death Do Us Part has its 5th omnibus arrive. Mamoru has been having a rough time of it lately, and this volume is not likely to help him in any way.

MICHELLE: I really need to catch up on this one; I definitely liked the first omnibus more than I’d expected to.

SEAN: Deck the halls with volumes of manga! What’cha getting?