SEAN: Another one of those weeks that brings something for everyone. 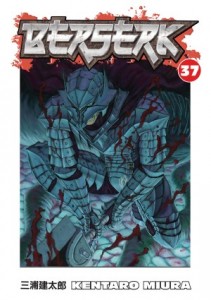 It has been a year and two months since the last volume of Berserk from Dark Horse. (This is the fault of the Japanese author, let’s note, whose reputation for breaks is limitless.) Now, at last, we have the next volume.

MELINDA: I have never read Berserk, but I’ll admit that Dark Horse’s announcement about the new volume made it all sound very exciting.

SEAN: Oh My Goddess 45 contains one of the most amazing, ballsiest retcons I have seen in ages. It set fandom alight, and I look forward to reading it in this new volume, also from Dark Horse.

Fairy Tail’s speedup is nearing the end, but not quite there yet, so here’s Vol. 32, which is still at the start of the Grand Magic Games arc.

Sherlock Bones also has its 2nd volume, which will feature more from the sort-of love interest of the boy (the dog does not, as far as I know, have a love interest).

ASH: Well, there is Takeru’s sister who reminds Sherdog an awful lot of Irene Adler… 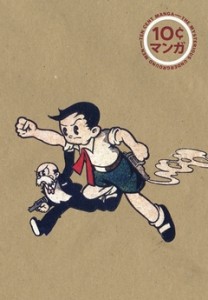 SEAN: Picturebox is having a busy month. This week we get the second in their Ten Cent Manga series, featuring a well-known name – Osamu Tezuka, with The Mysterious Underground Men, one of his very first works.

ASH: I’ll admit, I’m a little burned out on Tezuka, but the Ten Cent Manga series is pretty great.

SEAN: The longest Alice in the Etc. series to date comes to an end with the 7th and final volume of Cheshire Cat Waltz. Will Alice and Boris live happily ever after? Is happily ever after really a desirable result here? We shall see.

ANNA: I have to say, I don’t care very much about this series, but I just started Alice in the Country of Joker. That’s one thing to be said for all the many Alice in series, something for everyone.

Sickness Unto Death wraps up with its second volume. I reviewed it here.

Hey, remember Dogs? It’s at the ever popular yearly release schedule (not due to sales – Japan has a yearly schedule as well), and is sure to be stylish. 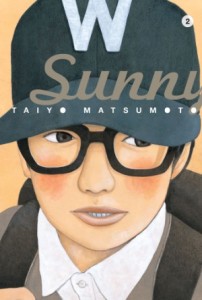 Sunny was a nicely introspective manga when the first volume landed in the spring, so I am quite looking forward to Vol. 2.

ASH: As am I! It’s a beautiful, deluxe release, too.

MICHELLE: Me, too! I’m reviewing it for the next Bookshelf Briefs, in fact!

ANNA: I very much enjoyed the first volume of this series and the deluxe format makes a nice holiday gift!

MELINDA: I really can’t wait to read this. Michelle & I adored Volume 1.

SEAN: I have run out of things to say about Yen’s BTOOOOM!, so I will note that since this is Volume 4 I added an extra O to the title.

MICHELLE: *snerk* I gave up after the craptacular second volume.

SEAN: A quick detour to the manwha side, as Vol. 8 of Jack Frost is out. I lost track of this back at the start. Is the girl still getting decapitated constantly?

SEAN: Soul Eater 17 contains one of the most popular sequences in the entire series. I won’t say anything more, other than: Rule 63.

Lastly, speaking of yearly releases, it’s Yotsuba&! time. Featuring Halloween, camping, and Asagi’s friend (and that’s all she is, despite yuri fans everywhere wishing it were otherwise) Torako. Ever volume of this series puts a smile on my face.

ASH: I can’t believe how far behind I am with Yotsuba&!. I should address this issue immediately.

ANNA: I am terribly behind as well.

SEAN: What appeals to you most?