Here’s my first My Princess post covering the beginning of the series, if you haven’t read it before!

The second half of My Princess becomes more serious as the political machinations pick up and everybody has to deal with Events From The Past, as one does in kdramas. The restoration of the Monarchy is going to go up to a public vote, so the President and other politicians are very interested in the outcome. The President supports the Monarchy on the surface because he owes Hae Young’s Grandfather a great deal, but in reality he is not thrilled about a new ceremonial Korean Monarchy pulling focus from the elected government. The toppling of the Monarchy is aided by the evil Yoon Joo, who gets a willing accomplice in Seol’s sister Lee Dan. Lee Dan manages to steal a royal artifact from Seol’s house and starts claiming to be the real princess. Professor Nam tries to head off Yoon Joo, but isn’t entirely successful. While most of the time in kdramas the evil second woman isn’t particular sympathetic, I thought that Yoon Joo was so irredeemably bitchy that as a viewer I wouldn’t really be satisfied unless she was somehow seriously maimed by a runaway truck at the end of the series. Unfortunately, no maiming of Yoon Joo actually happens. 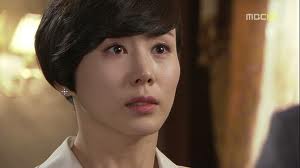 Seol and Hae Young are pushed apart by the rumor that his father persecuted her father and caused his death. Seol is dedicated to bringing back the monarchy in order to restore his reputation, and the idea that Hae Young’s father might have caused her tragic early life is very painful to her. One of the repetitive aspects of this kdrama that actually gets a bit wearying as the series goes on is the sheer number of times that Seol runs away from Hae Young, only to be reunited with him a half hour later. Also, it seems like the South Korean government just places travel bans on people willy nilly, as everyone is always fleeing to the airport only to be told that they are unable to leave the country. Seol’s constant fleeing might have decent motivations, but it does make me question her sanity in avoiding a brooding rich diplomat who clearly adores her. 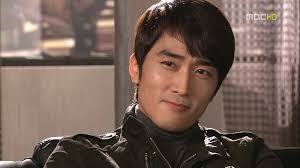 Seriously, would you run away from a man with this face!?

As things begin to get worse for the would be Monarchy, Professor Nam and Hae Young begin to grudgingly work together. One of the most amusing things about this series are the random displays of alpha male posturing when they start arguing over ridiculous things like cuts of meat in an attempt to establish who is doing a better job looking out for Seol. 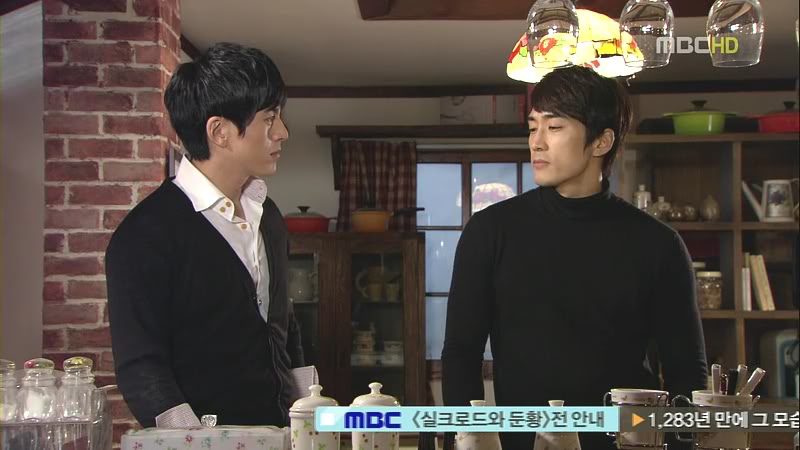 This series manages to last for 16 episodes purely because Seol and Hae Young are each determined to suffer in silence and not burden each other with their problems. While this might be noble, it is a bit infuriating that Seol never comes out and tells the Professor or Hae Young how badly Yoon Joo is bullying her, although both men figure out what is going on. Hae Young ends up solving many problems through his sneaky diplomatic skills, but by putting the Monarchy first, the Princess and the Diplomat might have to put romance aside. 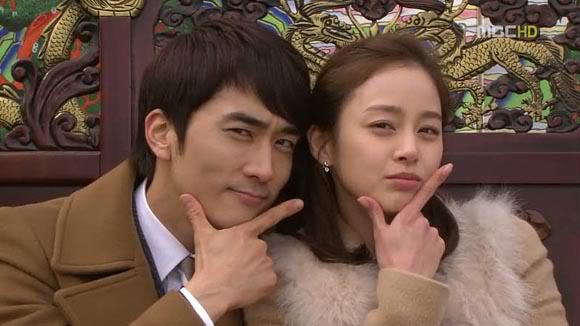 Hae Young and Seol are one of my favorite couples out of all of the kdramas I’ve watched so far. The actors have great chemistry. The relationship between them has an amusing dynamic, because while Hae Young tends to act in a very high-handed manner most of the time, when Seol decides to get back at him by doing something like pretending to go to a marriage meeting he immediately drops his arrogant pretenses and starts acting overly concerned. I enjoyed rewatching this series, because I was reminded of some of my favorite moments, like Seol trying to erase her slightly perverted internet history and Seol and Hae Young bonding by sitting together in an antique car museum exhibit. The final episode pairs everybody off nicely, and while I would like to see the villains of the series be punished even more, there’s something to be said for the comfort found in happy endings.