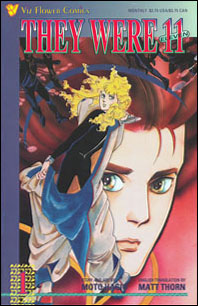 END_OF_DOCUMENT_TOKEN_TO_BE_REPLACED

So, a friend mentioned on Twitter today that she’d been engaged in discussion with another friend on the topic of the manga blogosphere, revolving around the fact that it is a “very white male space … that seems to profoundly effect the way things are talked about.”

I was floored. All I could think was, what manga blogosphere is she talking about, because the one I’m looking at is really not that–at least not the “male” part. While I’d agree that both western comics blogging and anime blogging are male-dominated from what I’ve seen, my experience with manga blogging has been very much the opposite. Sure, there are a slew of great male manga bloggers out there (and many, many male fans) but when I look at my blogroll or RSS aggregator, women outnumber them by far. …

END_OF_DOCUMENT_TOKEN_TO_BE_REPLACED

Recently, a group of critics at The Hooded Utilitarian posted part one of an article naming their picks for Best Online Comics Criticism in 2009. It’s a great read with some fantastic links to follow. Johanna Draper Carlson linked to this at Comics Worth Reading, mentioning that she hoped the next installment would include more manga and more women, because “some of the most insightful critics currently are women talking about manga.”

I agree with Johanna, of course, and it got me thinking about how many manga blogs by women I read every day and how much these women have shaped my own experience with manga. Certainly one of the things I value most about the online manga community is that so many of its prominent voices are women, and it feels like a great privilege to be able to interact with all of them so easily. …