It’s been a relatively slow news week–manga-wise, at least–so I’m going to dispense with the snappy intro and get to the links. As always, if there’s a website, podcast, or YouTube channel you’d like to see featured in this column, let me know. Feel free to share a link in the comments or send me a message on Twitter; my handle is @manga_critic. On to the links!

Seven Seas just unveiled three new manga licenses: Does It Count If You Lose Your Virginity to an Android?, Even Dogs Go to Other Worlds: Life in Another World with My Beloved Hound, and orange–to you, dear one. Look for all three series in spring 2023. [Seven Seas]

On September 15th, anime scholar Helen McCarthy will be giving a free internet talk about the history of anime and manga zines. The session is open to all; click on the link to register. [Sainsbury Institute]

To mark the fiftieth anniversary of The Rose of Versailles‘ publication, Riyoko Ikeda revealed that a new animated film is in the works. No release date has been announced, but there’s a teaser trailer for the curious. [Otaku USA]

Wondering what’s arriving in bookstores this month? Bill Curtis has you covered with a complete list of September’s manga and light novel releases. [Yatta-Tachi]

For folks who like their manga discussions with sound and pictures, head over to YouTube for Ed Piskor and Jim Rugg’s thorough, thoughtful analysis of Akira Toriyama’s Manga Theater, a collection of short stories published in 2021. [Cartoonist Kayfabe]

Ashley and Loyola Rankin discuss volumes 9-17 of Love*Com, a delightful comedy about the complicated relationship between a tall girl and a short boy. [Shojo & Tell]

The latest Manga In Your Ears podcast focuses on two recent titles: Go For It Again, Nakamura and One-Punch Man. [The Taiiku Podcast]

Over at Screentone Club, Elliot and Andy dedicate their latest episode to Nights with a Cat and The Great Jahy Will Not Be Defeated! [Screentone Club]

Dee argues that The Story of Saiunkoku offers a unique lens through which to view the the myth that Chinese civil service exams were the foundation of a meritocratic society. “Through its young, marginalized civil servants, Saiunkoku provides an intersectional critique of the ‘bootstrap’ mentality, highlighting how oppression creates hurdles that often require more than just ‘hard work’ to clear,” she observes. [Anime Feminist]

ICYMI: Kelly Ewing explains the appeal of Taiyo Matsumoto’s deliriously weird No. 5. “The non-linear way in which Matsumoto tells the story… contributes to the dream like quality of the book,” she observes. “Reading No.5 is very much like riding a wave. It dips, it crests and then it kind of crashes down on you. It’s a visual stream of consciousness.” [Panel Patter]

Danica Davidson chats with author Matthew Klickstein about his latest book, See You at San Diego: An Oral History of Comic-Con, Fandom, and the Triumph of Geek Culture, which “tracks the history of geek culture and fandom over the past century” by “focus[ing] on the prehistory, history and expansion of the community that really helped forge it, Comic-Con.” [Otaku USA]

This week’s must-read review comes to us from Anime UK News, where Sarah praises Tales of the Kingdom for artist Asumiko Nakaura’s “ability to tell a story economically yet utterly convincingly in images. She knows how to ‘work’ the page and how to position the images in just the right place to evoke the desired response in the reader. The Middle Eastern/Arabian Nights-style fantasy setting brings out a certain flavour of Aubrey Beardsley’s art (or perhaps it’s a homage) in one or two images – and yet the beautiful art is unmistakably her own, distinctive work.”

You’ll also find bite-sized manga reviews at Beneath the Tangles and Manga Bookshelf. 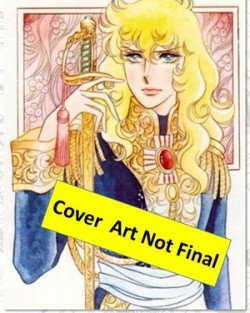