Laughing in the Wind

What Sense of Vision!

I have come to really appreciate the films of Li Han-hsiang. He once studied to be a painter, and it really shows in the way that his films are full of beautifully framed. He also happens to be one of the most influential Chinese-language movie directors ever.

This drama gives me the same sense of wonderfully arranged images (the people who made this drama most likely studied the work of Li Han-hsiang during their film studies).

I mentioned the gorgeous scenery in the previous post, but there is much more to making a visually beautiful TV drama than selecting locations well. Aside from the natural scenery, this drama has a dazzling abundance of striking imagery.

Take, for example, this picture of Lin Pingzhi: 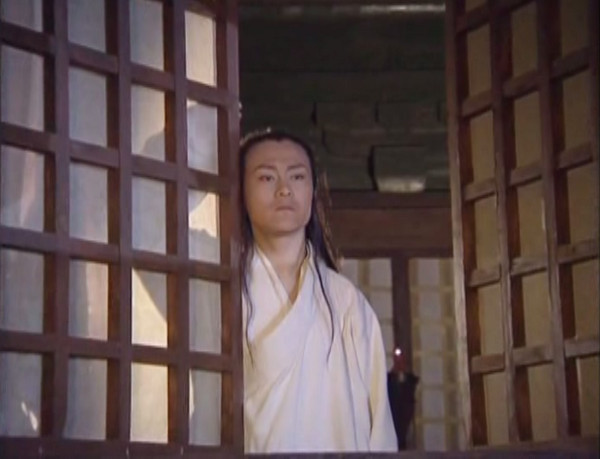 And here’s a shot of Yue Buqun and Ning Zhongze (though it’s hard to tell it’s them): 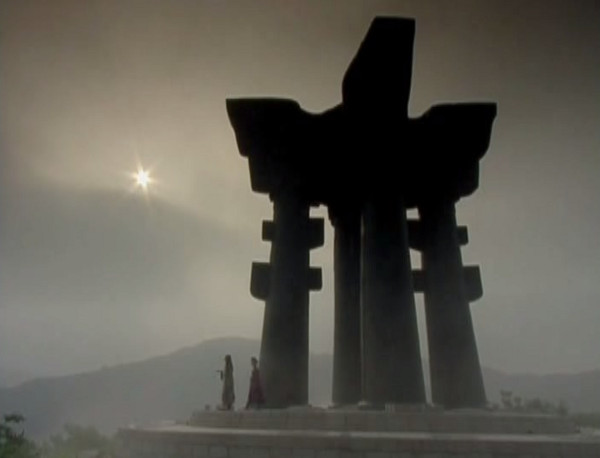 I think we can agree that it’s not the setting itself that is impressive, but the composition of the stone structure, the sun, the mountains, and the figures which stands out. There’s also the effect of the light and prevalence of grey (which really fits the mood of this particular scene).

And look at these two women in the cave: 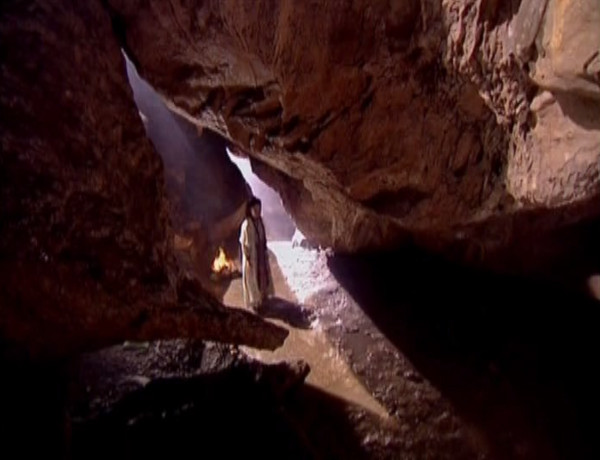 It’s a nice cave, but what really makes this image work is the thin, diagonal slit through which we can see the characters. Diagonal lines are generally more eye-catching than horizontal or vertical lines.

I could keep on pulling more and more examples if I wanted, because this TV drama simply has so much fantastically composed images. I just need to pick a random spot in a random episode in order to find more noteworthy images in a short time.

There’s also the attention paid to the characters’ appearances. For example, Yu Canghai and his Qingcheng sect have rather imaginative costumes… 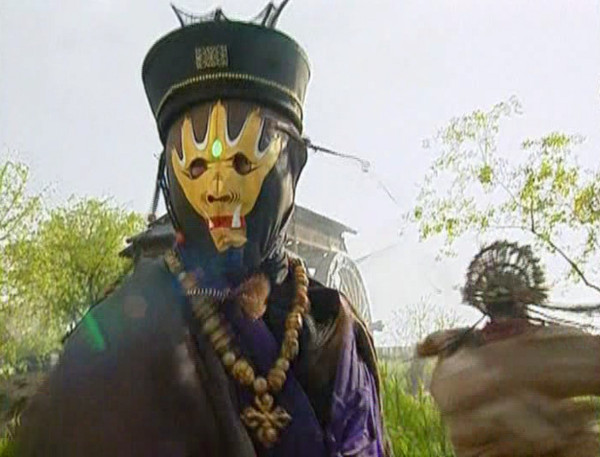 … with the final touch being that, when he’s in a serious fight, he pulls various colorful masks out from his hyperspace arsenal.

And then there are the visual metaphors. For example, as Ren Yingying and Linghu Chong’s romantic feelings grown into a committed relationship, a group of ducklings grow into ducks. And, considering that this is wuxia, and that to be real wuxia, a story has to present someone weeping over an injured/dying loved one (or at the very least subvert this trope), I find it appropriate that we see the mature ducks as Ren Yingying weeps over a bashed-up Linghu Chong for the first time. 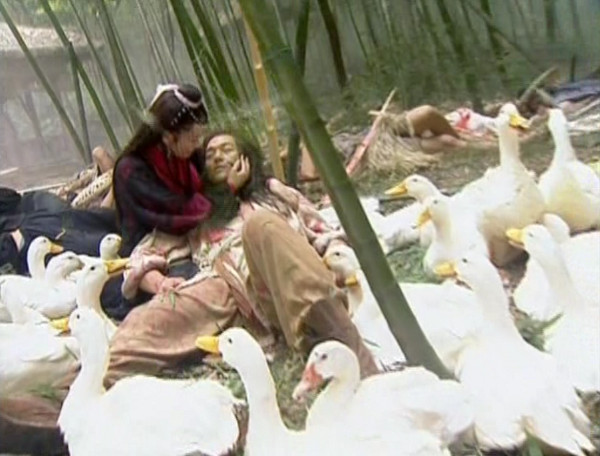 This TV drama truly is a feast for the eyes.

… And There’s the Ending

This is such a good drama … and then, at the end, it drops the ball.

Obviously, I cannot describe the problems with the ending in detail without spoilers. But I think I can make some general, spoiler-free observations. 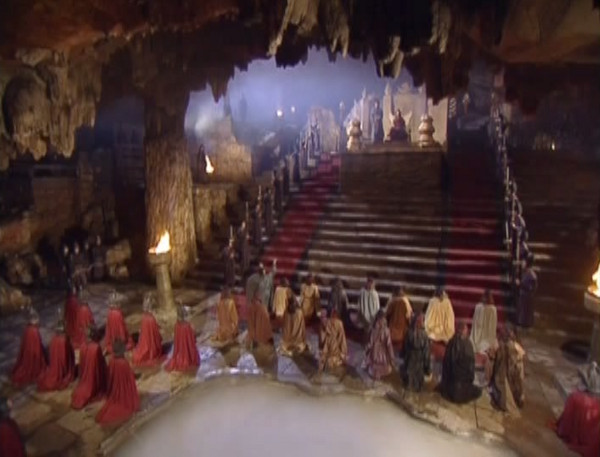 The best comparison I can make (which would be familiar to MangaBookshelf readers) is the first Neon Genesis Evangelion anime. The last two episodes are infamous for disappointing viewers. Of course, that wasn’t the ending which was originally planned, but Gainax went over-budget, so they needed and ending which could be produced cheaply. 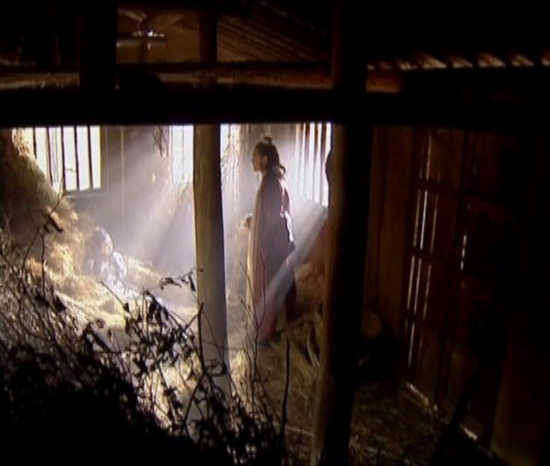 Furthermore, the last few episodes are still as visually fantastic as the entire drama.

So why change the ending? I can speculate…

– Budget. I don’t think the original ending would have been any more expensive to produce, but maybe I’m wrong about that, and this show went over-budget just like Neon Genesis Evangelion (I can easily believe that it went over-budget at least).
– Other Production Reasons. Maybe they were originally promised 45 episodes, and then an executive somewhere told them that it can only be 40 episodes long.
– Audience Reaction. Maybe they thought audiences wouldn’t like the original ending so much. In that case, they are wrong – I have never seen/read any complaints about the ending of the original novel, whereas I have encountered quite a few complaints about the way that Laughing in the Wind ends.
– Political. It’s well known that many people interpret this story as a political allegory, so maybe some censor wanted to change the ending to de-politicize it. But I think this would have been a silly move. The original, uncensored novel is currently widely available in China, so changing the ending to make it more politically palatable seems pointless.

I think ‘Budget’ and ‘Other Production Reasons’ are the most likely speculations. 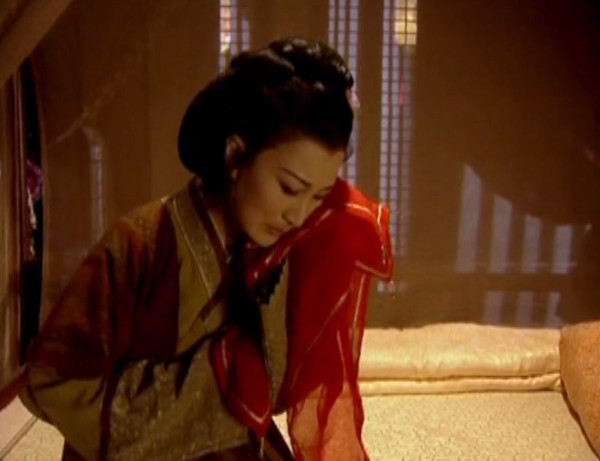 Personally, I pretend that Laughing in the Wind ends the same way as the novel.

I’ve already mentioned that it’s available, in its entirety, on Dramafever. It’s also available on Region 1 DVDs with English subtitles, which you can find for sale on the internet very quickly using ordinary search techniques.

This drama feels like it was put together by an exquisite artisan. The casting of the actors is excellent, the scenery is spectacular, the script (barring the last few episodes) is superb, the costumes are imaginative, etc.

Yet it manages to pull off this artistry without ever feeling pretentious. It does not show off its artistic excellence to the audience. Instead, it invites the audience to entire a space which has been curated for virtuosity. It doesn’t need to tell the audience that it’s good, it simply just is good.

I think it is this attention to detail, in addition to the strength of the story itself, which makes this drama such a delight to watch. Highly recommended.

And Then There’s State of Divinity

State of Divinity 1996 is yet another TV adaptation of the same novel. In fact, this novel has been adapted for television a whopping six times (including the 2013 adaptation, starry Joe Chen from Fated to Love You, not to mention two sets of movie adaptations (and this is before we talk about the manhua and video game adaptations).

However, people generally hold up Laughing in the Wind and State of Divinity as being the best adaptations of the novel. Though I’m not familiar with every adaptation, I agree, these are the two best. But how do these two compare with each other? You’ll find out, because next time my subject will be State of Divinity 1996. 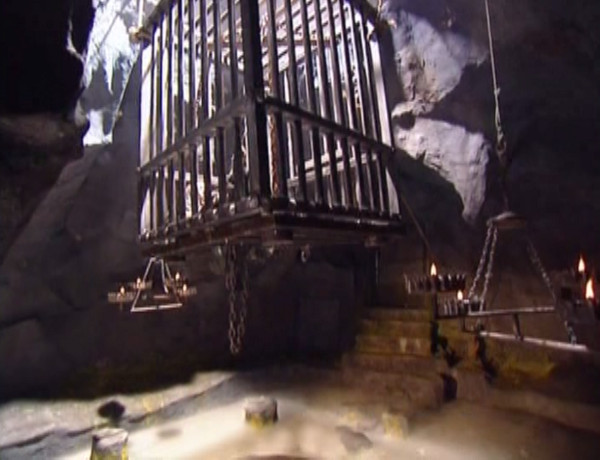 And I’m going to lock up the lesser of these two TV adaptations in this cage.

Sara K. just happened to be away from Taiwan proper when a typhoon came along. This is why she was at Fuao harbor an hour and a half before they started selling tickets for the Taima ferry – and the line was already long (lots of flights had been cancelled). She did get a ferry ticket – and while the Taima ferries are usually quite smooth and comfortable, this last ride through an approaching typhoon was the most stomach-churching boat ride Sara K. has ever been on. And the ride lasted nine hours (to be fair, the first 4-5 hours were okay – the ferry wasn’t so close to the typhoon at first). She remained dizzy for over an hour after she reached land (she kept on wondering why the ground was shifting under her).