For those who haven’t yet reached convention saturation for 2013, AM2, Anaheim’s three-day celebration of anime, manga, and J-pop, is now accepting applications for panels and workshops at next year’s con, scheduled for August 21-23 at the Anaheim Convention Center.

Originally formed as a counter-convention to LA’s massive Anime Expo in response to the cancellation of a popular J-pop guest, AM2 has continued as a full-fledged con since 2011. Though first known for free admission to both its Artist Alley and main exhibit hall, the con eventually began instituting a small general admission fee for attendees, as well as premium “Passport” badges offering VIP seating to concerts and special events.

This year’s pricing structure offers general admission for $5.00 a day ($10.00 for all three), and Passport access ranging from $20.00 to $55.00, depending on duration and date of purchase. Note: all panel and workshop hosts must be Passport holders.

Pitch your panel or workshop idea at AM2’s website. 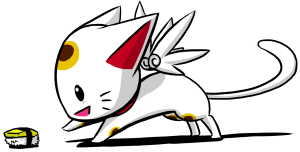 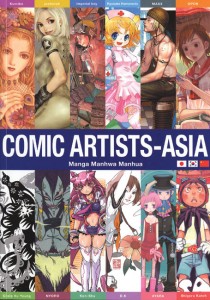 Things got off to a poor start. The previous panel ran over and some of the audience was lingering around, socializing. The manhwa panelist had to ask them to leave, which seemed to put him a belligerent mood. Thankfully, about five minutes into the panel, his mood began to improve, but it wasn’t the best way to begin. …

END_OF_DOCUMENT_TOKEN_TO_BE_REPLACED 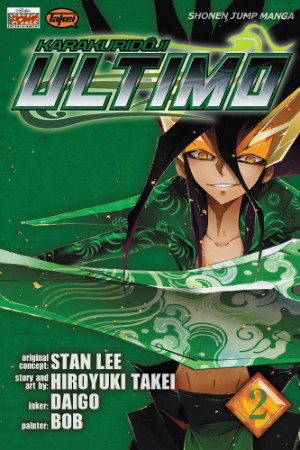 The stream of San Diego Comic-Con press releases has begun (with more to come over the next week). So far, my inbox has mainly had word from Viz Media, who are mostly touting anime and game-related items, with just a couple bits of manga news in the mix.

First of all, they’ve got Stan Lee lined up to sign copies of volume two of Ultimo, his co-creation with Hiroyuki Takai, on Saturday the 24th, 2pm at the Viz booth. I had difficulty getting into the series’ first volume, but I’ve got the second in line for a look soon. Mr. Lee will also appear on Viz’s Shonen Jump panel earlier that day.

Secondly, there’s quite a bit of fuss being made around the Vampire Knight anime series, which is not something I’d normally mention here, except that Nancy Thistlethwaite, editor of the manga translation, will be appearing alongside the Vampire Knight voice actors on a panel …

END_OF_DOCUMENT_TOKEN_TO_BE_REPLACED

It feels a bit ridiculous to make a post explaining an upcoming absence when I’ve already been absent most of the week, but that’s what I’m here to do!

It’s been a crazy few days behind the scenes at Manga Bookshelf, and tomorrow morning I head off to Anime Boston!

Saturday’s programming includes an industry panel from Vertical, the only manga publisher to present one this year (which makes one more than last year), and an evening “Manga Mania” panel featuring some of my favorite manga bloggers (like Brigid Alverson & Erin Finnegan), moderated by Ed Chavez.

I’ll be at the con all day Saturday (and possibly some of Sunday), so please track me down to say hello!

END_OF_DOCUMENT_TOKEN_TO_BE_REPLACED

A little bit of news I keep forgetting to share here is that this blog is now available for subscription on the Kindle! If you’re a Kindle user and reading this blog for free online is just not convenient enough for you, check it out. Subscriptions are cheap ($1.99/month with a 14-day free trial period to start) and while you’re there, check out the other manga-centric blogs that are turning up! Lori Henderson has a list at Manga Xanadu here.

I was waiting to talk about Anime Boston here until the panel schedule was up, but since the con is just a few days away with no schedule in sight, I’ll just keep it general. I’ll be at Anime Boston for all three days (schedule pending) and though I tend to be a bit of a shy loner at cons, I’d love to say hello to any of you who might be there! The one place I you can be sure I’ll be is sitting on our PCS panel, “Please Save My Manga,” at 10:00 am on Friday. Other than that, it’s all TBA. Feel free to stop me for a hello if you see me (here’s a photo with my current hair–please note that head tops a roly-poly body) or drop me an e-mail if you want to be more formal about it. Hope to see you there!

Happy Friday, everyone, Good or otherwise. I was hoping to manage a review for this blog last night, but other than a few minutes spent watching the new Fullmetal Alchemist anime (I look forward to it getting through its setup and on to the manga plot), I ending up using the entire night finishing my coverage of ConBust at Smith College, which is up now at Manga Recon!

I enjoyed the convention immensely, and I can’t emphasize enough how gratifying I found its focus on female fans and creators. Those of you who follow me on Twitter probably recall some frustrated tweets about some (fairly infuriating) comments made about manga during the con, and I do address that at the end of the article, but I really hope that will not overshadow the essential awesomeness of the con and the Smith students who put it together every year.

Follow this link to read my report, and if you’re in the Pioneer Valley or thereabouts (and especially if you’re a sci-fi and/or fantasy fan) I hope you’ll consider attending ConBust in 2010!