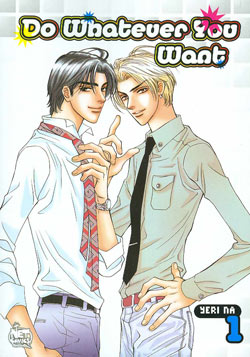 Ongoing until August 27th, a whole slew of NETCOMICS titles are on sale at Right Stuf and I see a whole lot of titles there worth buying, so I thought I’d recommend a few!

First off, I’d recommend Yeri Na’s Do Whatever You Want, the story of two high school boys navigating school, love, and loyalty as they aim for their musical dreams. I’ve only read the first volume, but I’m dying to read the rest! From my review:

“What’s refreshing about this story is that though it is clearly relationship-driven, it is not obvious at this point that the story is headed toward any particular romantic pairing … Refreshing, too, is that each of the characters is distinctive, complicated, and realistically and sympathetically portrayed …

Don’t be fooled by this book’s cover. Despite its pretty boys, Do Whatever You Want is much, much more than a stylish boys’ love romp or a romance story of any kind, and in fact promises neither. What it does promise is a thoughtful story about friendship and ambition, with an appealing cast of complex young characters searching for their place in the world and with each other.”

END_OF_DOCUMENT_TOKEN_TO_BE_REPLACED 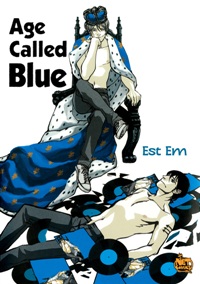 It’s been a big weekend of reviews for me so far, with three posted at Manga Recon (and one that should appear here sometime tomorrow). First of all, I review volume ten of La Corda d’Oro and volume seven of Wild Ones for the On The Shojo Beat column. The greatest treat for me, however, was reviewing est em’s new manga, Age Called Blue, which is probably my favorite work of hers so far, and that’s saying a lot.

Something that strikes me every time I read est em’s work, is how much it reminds me of a fannish form of writing I was very fond of not so long ago–a form known as the “drabble.” A drabble is a complete story told in exactly 100 words (no more, no less). Something I used to enjoy very much (both writing and reading) was a larger story made up of a series of 100-word drabbles, each complete on its own, yet contributing to the larger work. As I mention in my review, all of est em’s larger story arcs (such as “Red Blinds the Foolish” and “Age Called Blue”) are actually series of smaller stories strung together to make a whole, just like those series of drabbles I used to be so fond of, and there is a very specific feel to this kind of storytelling that is unlike anything else. Each piece feels fragile in its brevity–without a single extraneous word or gesture–remove even the tiniest piece and the entire thing shatters. This extends, too, to the larger structure, which would fall apart without its smaller pieces, for though each of them stands on its own, the series itself relies on these small stories in order to maintain its delicate thread. This is the nature of an est em manga. Every word and every panel are so important, even if you just read too quickly the whole thing crumbles from the loss.

Why do I like this kind of story? I don’t know. I know that I’m drawn to the delicate melancholy of a series of isolated moments, but I don’t know why. I also don’t know how it is that I can claim to love this when I’ve gone on and on about how much I want to read epic, multi-volume stories, and how it is these stories that got me into manga in the first place. This is undeniably true. It is indeed long stories that drew me to manga, and they are what keep me involved in the medium to this extent. Perhaps in the end it is just that the work of est em revives in me an old love–one I thought to be dead–in a form that I am still able to appreciate.