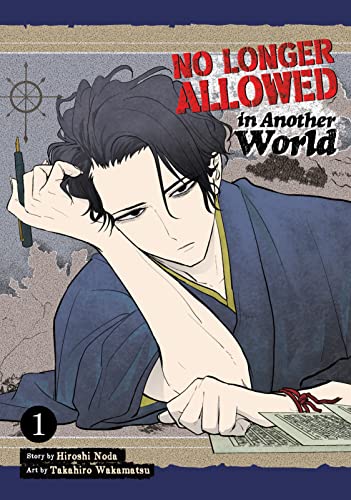 MICHELLE: I was originally going to pick I’m Kinda Chubby and I’m Your Hero, but a commenter on the Manga the Week of post described the Raven of the Inner Palace anime as “sad and lovely,” so now I am super curious about that. Thus, I’m actually picking a light novel this time!

SEAN: Raven of the Inner Palace is definitely on my list, because I am happy to add another “behind the scenes of the emperor’s harem” title. That said, the one that is most intriguing to me this week is No Longer Allowed In Another World, which has the potential to be amazingly funny or a giant trainwreck, and I want to see which.

ASH: I’ll throw another title out there for consideration since I’ve been waiting for it for so long—Rakuda Laughs—but honestly I’m interested in everything that’s been mentioned so far and will join Sean in picking No Longer Allowed In Another World for the reasons already outlined.

KATE: I’ve heard a lot of good things about Romantic Killer–especially its blunt, no-nonsense heroine–so that’s my pick of the week.

ANNA: Put me down for Romantic Killer too, I’m intrigued.