SEAN: We’re in the last few days before Christmas, who’s coming down the chimney? 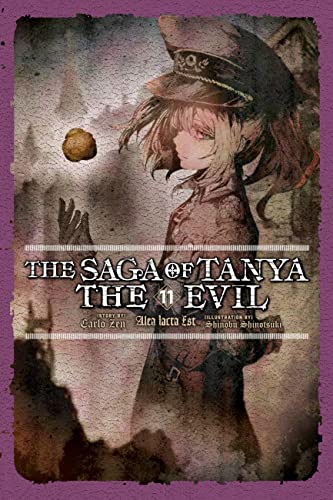 Yen On has an 11th volume of The Saga of Tanya the Evil.

I missed two Viz titles last week because they insist on alphabetizing ‘The’. So we got the print debut of The Hunters Guild: Red Hood, a Shonen Jump title about werewolf hunters, as well as Yakuza Lover 7.

ASH: Those leading articles will get ya every time.

For titles actually coming out next week, we get Alice in Borderland 4, Jujutsu Kaisen 18, Mission: Yozakura Family 2, No Guns Life 13 (the final volume), One Piece Color Walk Compendium: New World to Wano (the latest artbook), and Yashahime: Princess Half-Demon 2.

Udon Entertainment has Devil May Cry 5: Official Artworks. Which is a $55 hardcover. I suppose it would be cheaper if you were guaranteed the devil crying.

SEAN: Tokyopop gives us Futaribeya: A Room for Two 9 and On or Off 2.

From Square Enix we see the debut of The Girl I Like Forgot Her Glasses (Suki na Ko ga Megane wo Wasureta), another in the hot new genre of “adorably sweet school romance” that runs in Gangan Joker.

They also have The Apothecary Diaries 7 and My Isekai Life: I Gained a Second Character Class and Became the Strongest Sage in the World! 4.

ASH: I really need to get caught up on The Apothecary Diaries.

SEAN: Seven Seas does not know the meaning of the words “Christmas break”. They have the debut of LES MISÉRABLES in an omnibus edition (the first two volumes), which ran in Shogakukan’s Gessan. It is, as you can imagine, an adaptation of the Hugo novel. The artist is better known here for the Cirque du Freak manga. 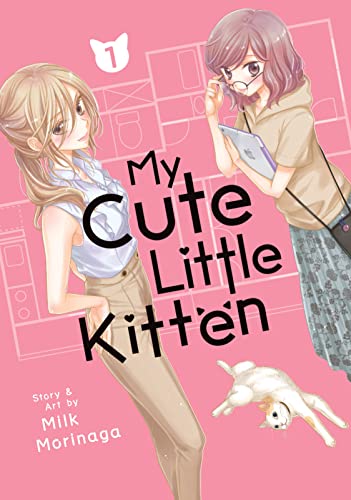 The other debut is My Cute Little Kitten, the latest yuri title from the creator of Girl Friends, Morinaga Milk. Two roommates have to deal with budding feelings, obliviousness, and a cute kitten.

ASH: Oh! That should be an enjoyable combination!

SEAN: Also from Seven Seas: Bite Maker: The King’s Omega 6, A Certain Scientific Railgun 17, COLORLESS 3, The Duke of Death and His Maid 4, Failure Frame: I Became the Strongest and Annihilated Everything With Low-Level Spells 5, The Girl From the Other Side: Siúil, a Rún – [dear.] Side Stories (the 12th and final volume), Hello, Melancholic! 3 (the final volume) (it got bumped), The Hidden Dungeon Only I Can Enter 7, Kageki Shojo!! 7, The Masterful Cat Is Depressed Again Today 5, Mushoku Tensei: Roxy Gets Serious 8, Plus-Sized Elf 8 (the final volume), School Zone Girls 4, Slow Life In Another World (I Wish!) 4, and Wonder Cat Kyuu-chan 7.

MICHELLE: I never actually finished The Girl from the Other Side. Seems like now’s the time!

ASH: I’ve started recollecting the series in the lovely hardcover edition, but I will probably go ahead and pick this volume up, too.

One Peace has I Belong to the Baddest Girl at School 6. 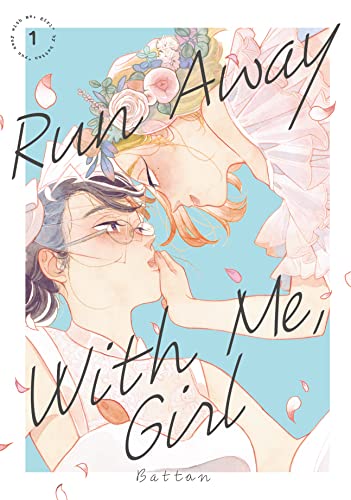 Kodansha Comics debuts Run Away With Me, Girl (Kakeochi Girl), a josei yuri series from Hatsu Kiss. Two girls date in high school but one breaks up with the other at graduation. Now, 10 years later, she’s engaged to be married… but everything about her relationship looks bad. Can her old lover do anything to help?

MELINDA: So here for this.

SEAN: They also have a box set of the first 6 volumes of Sweat and Soap. If you haven’t read this yet, I urge you to give it a try, it’s wonderful.

ASH: It really, really is.

ASH: It seem like it’s been a long time since the last volume of Die Wergelder came out… goodness, it’s been almost four years!

SEAN: Digitally, we see the debut of Beast #6, a Weekly Shonen Magazine series about an agent who’s assigned to a backwater town. How can she destroy supernatural monsters here? Good news, it’s not only a hotbed of activity, but has a Boy With A Secret (TM)…

We also get The Café Terrace and its Goddesses 3, Gamaran 4, Golden Gold 7, GTO Paradise Lost 19, Nina the Starry Bride 8, Piano Duo for the Left Hand 6, Sakura’s Dedication 3, and She, Her Camera, and Her Seasons 5 (the final volume).

SEAN: Two digital light novel debuts for J-Novel Club. Haibara’s Teenage New Game+ (Haibara-kun no Tsuyokute Seishun New Game) is a high school romcom about a college senior, regretting all his choices, suddenly finding himself traveling back to the start of high school. Can he really get a do-over? 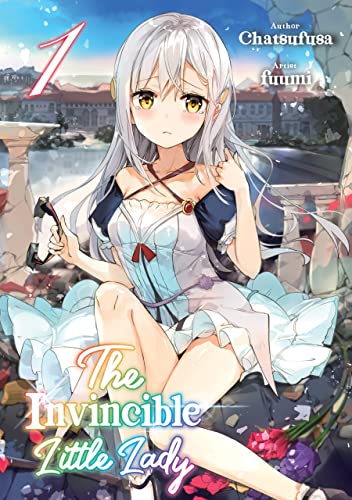 The other debut is The Invincible Little Lady (Dōyara Watashi no Karada wa Kanzen Muteki no Yō Desu ne), which seems to be the inverse of Make My Abilities Average… a sickly young girl, on her deathbed, wishes to be strong in her next life… and ends up getting something FAR beyond what she meant!

Ghost Ship has 2.5 Dimensional Seduction 4 and World’s End Harem 13, which begins the After World arc.

Cross Infinite World has The Drab Princess, the Black Cat, and the Satisfying Break-up 2.

ASH: How satisfying is it?

SEAN: Airship, in print, has How a Realist Hero Rebuilt the Kingdom 15.

And there are early digital volumes. Adachi and Shimamura 10, Irina: The Vampire Cosmonaut 3, and Mushoku Tensei: Jobless Reincarnation 20.

Happy Holidays from Manga the Week of!