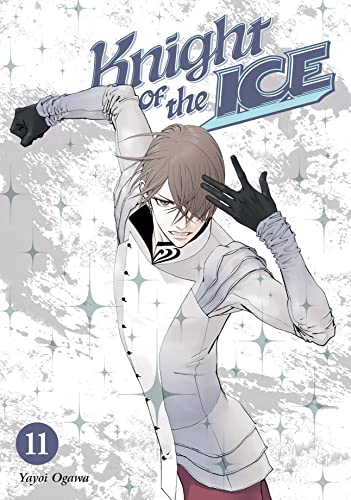 ASH: I’ll admit, I’m having a hard time selecting just one release this week as my pick with the number of excellent new and continuing series being published. Debut-wise, Yokohama Kaidashi Kikou seems like the obvious choice, but I’m also thrilled to see more of Asumiko Nakamura’s work in translation, so Tales of the Kingdom is pretty high up there for me, too. And that’s not even mentioning all the others that I’m curious about…

SEAN: The pick this week is me traveling back in time twenty years and telling my younger self to put away those text files of fan translations and raw Japanese manga volumes, because Yokohama Kaidashi Kikou is finally here! You’ll just… have to wait a bit, younger self.

MICHELLE: That’s exactly how I read Sailor Moon and Fruits Basket back in the day! I still have the raw Japanese manga volumes somewhere. I’m not sure I will like Yokohama Kaidashi Kikou, though I’m curious about it, so instead I’ll pick the eleventh and final volume of Knight of the Ice.

KATE: Someone’s gotta raise the flag for Kaze Hikaru, so here’s my pitch: volume 30 has just come out. In the 10+ years VIZ has been releasing this series, I don’t know that it’s ever found the passionate fanbase it deserves, but Kaze Hikaru is one of the best shojo series available in English. There’s no time like the present to get started!

ANNA: There’s a bunch of manga coming out that I’m excited about. I always look forward to the annual release of Kaze Hikaru and Yokohama Kaidashi Kikou sounds great. But I’ll make my pick the final volume of Knight of the Ice, a josei title that is both hilarious and heartwarming.