SEAN: There’s stuff! Coming out next week! Surprise! (You are not surprised.)

Airship has the print debut of Irina: The Vampire Cosmonaut.

ASH: Okay, I will admit to being curious about this one, more because of the cosmonauts than the vampires, but that’s an unexpected and potentially intriguing combination.

SEAN: In early digital we see The Case Files of Jeweler Richard 2 and The Most Heretical Last Boss Queen: From Villainess to Savior 3. 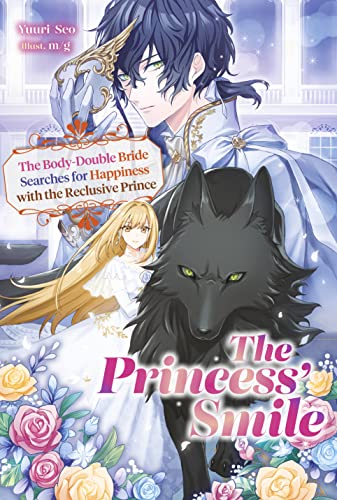 Cross Infinite World has a debut: The Princess’ Smile: The Body-Double Bride Searches for Happiness with the Reclusive Prince (Hidenka no Bishou – Migawari Hanayome wa, Hikikomori Denka to Shiawase ni Kurashitai). A maid is asked to marry a prince… as a body double for her friend the princess. But then her boyfriend cheats on her WITH the princess! Now she’s determined to make the best of her new life. I believe this is a one-shot.

ASH: I find this to be potentially intriguing, as well.

ASH: I’ll be here for them whenever they finally come out.

SEAN: Ghost Ship has Survival in Another World with My Mistress! 2, Who Wants to Marry a Billionaire? 3, and World’s End Harem: Fantasia 7.

J-Novel Club has a debut. They licensed the light novel and the manga, but the manga is out first next week. Oversummoned, Overpowered, and Over It! (Meccha Shoukan Sareta Ken) is about a hero who can’t stop getting summoned to different worlds to save them! He’s tired of it! This runs in Mag Garden’s MAGCOMI.

SEAN: Also out digitally: Ascendance of a Bookworm 20, Dahlia in Bloom: Crafting a Fresh Start with Magical Tools 4, Full Clearing Another World under a Goddess with Zero Believers 4, Private Tutor to the Duke’s Daughter 4, the 8th Seirei Gensouki: Spirit Chronicles manga, and Slayers 15, which wraps up the 2nd arc.

ASH: I will continue to say, “Yay, Bookworm!”

MICHELLE: I need to have a Knight of the Ice marathon!

ANNA: It is so good!

ASH: I’m a few volumes behind, but have been enjoying the series.

SEAN: There are… no digital debuts next week! (Glory hallelujah, they’re slowing down). We do get The Fable 5, Giant Killing 32, My Maid, Miss Kishi 2, Police in a Pod 15, The Shadows of Who We Once Were 3, Such a Treacherous Piano Sonata 3 (the final volume), and WIND BREAKER 5. 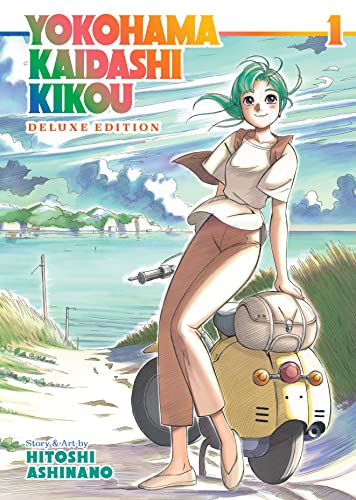 Seven Seas has a lot of debuts. The biggest one is Yokohama Kaidashi Kikou (which is using the Japanese title, but “Yokohama Shopping Log” would be a translation). A legendary title from Kodansha’s Afternoon in the 1990s, it’s finally been licensed by Seven Seas, and is coming out in 5 oversized omnibus editions! I’ve usually described the series as “the most relaxed apocalypse you’ll ever read.”

ASH: I’m caught up in the excitement surrounding this release; really looking forward to reading it.

SEAN: Kemono Jihen is a Jump Square title about a human detective and a yokai boy who investigate odd mysteries. The author was an assistant on Reborn! and Bleach, and she comes highly rated. This also got an anime.

MICHELLE: Oh, I think my friend was a fan of that anime. Hm.

SEAN: Sakurai-san Wants to Be Noticed (Sakurai-san wa Kidzuite Hoshii) is another in the “girl teases the guy she likes” genre, from Dengeki Daioh. This one is only 4 volumes total.

ASH: There seem to be quite a few of those, these days.

SEAN: The Tunnel to Summer, the Exit of Goodbyes: Ultramarine (Natsu e no Tonneru, Sayonara no Deguchi Gunjou) is the manga version of the light novel also released by Seven Seas. A tunnel grants wishes… in exchange for a shorter life span. This ran in Dengeki Daioh, and should also be 4 volumes.

World End Solte is from the creator of Lucifer and the Biscuit Hammer and Spirit Circle, so attention must be paid. An orphan goes on a journey to wipe out the pollution that plagues their world. This runs in MAGCOMI.

ASH: Attention must indeed be paid!

Also from Seven Seas: The Duke of Death and His Maid 2, The Haunted Bookstore – Gateway to a Parallel Universe 2, Miss Kobayashi’s Dragon Maid 12, My Next Life as a Villainess: All Routes Lead to Doom! 7, and The Weakest Contestant of All Space and Time 2.

Steamship debuts GAME: Between the Suits (Game – Suit no Sukima), a josei title from Hakusensha’s Love Jossie. The artist might be remembered for CMX’s Venus Capriccio. A career woman has a healthy sex life, but is married to her job, so can’t keep a boyfriend. Then the new guy shows up at work…

ANNA: I do remember Venus Capriccio…

SEAN: SuBLime has the 2nd volume of Therapy Game Restart. 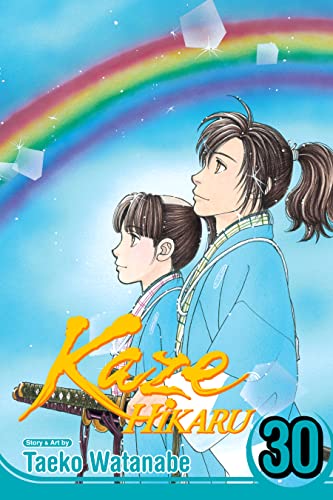 ANNA: Yay for the annual release of a Kaze Hikaru volume!

SEAN: Yen On has the 5th Solo Leveling novel.

Three debuts from Yen Press. Kowloon Generic Romance comes from the author of After the Rain, the story of a dystopian walled city and the people who live there. It runs in Weekly Young Jump.

ASH: That sounds to be up my alley.

SEAN: A Returner’s Magic Should be Special is a webtoon manwha based on a Korean webnovel. Our hero, a trained fighter, tries to help his colleagues save the world, but to no avail. Then… he wakes up as a 13-year-old? Somehow I think “for fans of Tearmoon Empire” is not accurate in this case.

Tales of the Kingdom (Oukoku Monogatari) is an Ultra Jump series from the creator of Classmates and A White Rose in Bloom. This is a historical fantasy about twins who can’t live without each other. This is getting a hardcover release.

ASH: Asumiko Nakamura manga are always a must read for me.

SEAN: Also from Yen Press: High School Prodigies Have It Easy Even in Another World! 12, In Another World with My Smartphone 6, Phantom Tales of the Night 9, The Royal Tutor 17 (the final volume), and Uncle from Another World 5.

Do any of these make you want to jump for joy? Or at least have a nice cup of tea?