By now, if you’ve been on Twitter or Facebook, you’ve undoubtedly learned that Kazuki Takahashi died on Wednesday. Media outlets from National Public Radio to the New York Times, the Los Angeles Times, and Anime News Network have been covering the story, reporting the probable cause of death as a diving accident. Takahashi was a major force in the manga industry; his Yu-Gi-Oh! (1996-2004) spawned a veritable empire of television shows, movies, games, sequels, and merchandise, and remained popular with readers more than eighteen years after the original series ended. More recently, Takahashi published The ComiQ (2018), a supernatural mystery series, and Marvel’s Secret Reverse (2021), an original Iron Man/Spiderman story.

Since news of Takahashi’s death was first reported, there’s been an outpouring of tributes from fans, journalists, and critics. At Anime UK News, for example, Josh Stevens characterized the series as an important cultural touchstone “for children who grew up in the early 2000s.” He noted that “Sky One’s weekly double-bills of Pokémon and Yu-Gi-Oh! were a highly anticipated reward for making it through the school week, and making sure that you had packed your Yu-Gi-Oh! deck was just as important as textbooks and lunch money.” Over at The Gamer, Jade King fondly remembered collecting and trading Yu-Gi-Oh! cards with classmates: “Yu-Gi-Oh! is really fucking cool. It’s always been that simple. Your social worth was dictated by what cards you were bringing into school and whether you had a deck featuring some of the show’s most iconic creatures.” And comicbook.com’s Megan Peters rounded up fan reactions on social media. 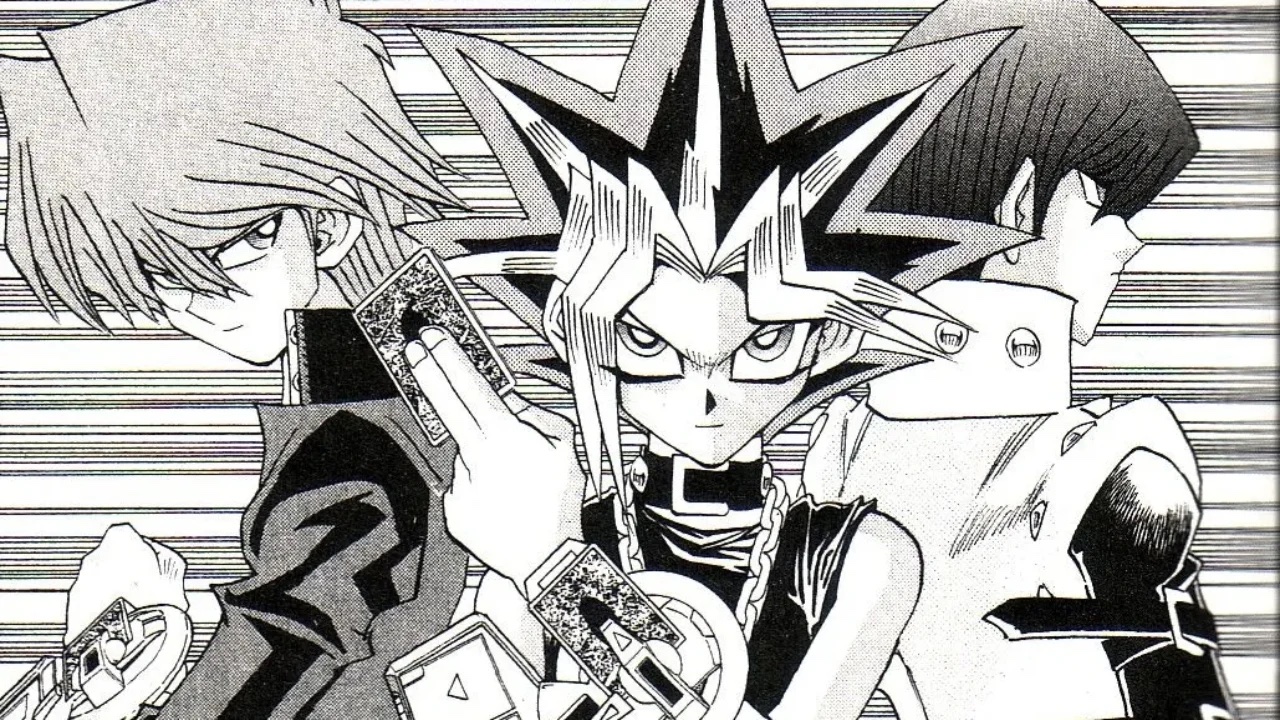 Are you a regular reader of Yatta-Tachi? Do you find their monthly listing of light novel and manga releases useful? If so, they could use your support! Click on the link to find out how you can help. [Yatta-Tachi]

Jocelyne Allen takes a closer look at Itoi Nozo’s Boku wa Make Shite Miru Koto ni Shita, an as-yet untranslated manga about a salaryman who discovers the transformative power of serums, skin creams, and make-up. “This is absolutely a makeup-for-men explainer manga, but Itoi manages to imbue it with deeper meaning by adding commentary and a subplot on toxic masculinity and breaking free of that nightmare,” Allen observes. “Ichiro has internalized the message that makeup is only for women, but is trying to push past that. Meanwhile, his best friend is so completely unable to express emotion or see outside of his rigid framework of performative masculinity that he nearly destroys his relationships with the people closest to him. For a book that’s just trying to sell some men some makeup, it does a good job at confronting societal issues.” [Brain vs. Book]

This week’s must-read review is Erica Friedman’s glowing assessment of Doughnuts Under a Crescent Moon. “Because this is a quiet, ever-so-gentle and tentative, slice-of-life story about emotional bonds and love, it’s easy to be fooled into thinking that nothing of consequence happens,” she notes. “But you’d be wrong. What I see here is some of the most profound manga about re-evaluating one’s entire life that I have ever read.” Also of note is Chris Ready’s brief but thoughtful critique of Witches: The Complete Collection, an anthology of short stories written by Daisuke Igarashi (Children of the Sea).