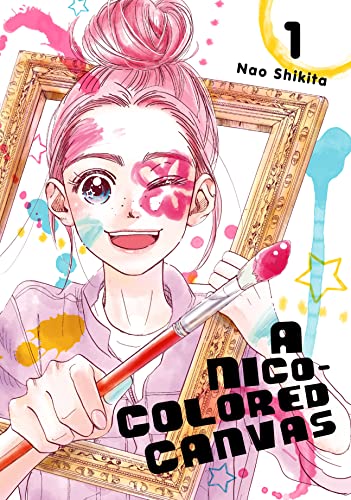 SEAN: If Kodansha thinks they can trick me into picking them every week just by putting out some really interesting josei titles… well, they’re probably right. The most interesting thing to me this week is A Nico-Colored Canvas. Again, great cover art.

MICHELLE: Who knew that we’d be really excited to see the sort of stuff people have been asking for for decades? 100% A Nico-Colored Canvas for me.

KATE: Add me to the chorus of folks who are excited about A Nico-Covered Canvas; there is always room for more josei on my shelf! I’m also curious about Yashahime: Demon Half-Princess, even though the anime was a hot mess. (I gave up after four episodes.) Here’s hoping the manga does more than just recreate each episode beat by beat.

ASH: I’m definitely interested in A Nico-Covered Canvas, but my pick this week goes to To Strip the Flesh. Transmasculine characters are such a rarity in comics, I can’t help but be intrigued. I’ve heard great things about this particular manga, so I’m going in with pretty high hopes and expectations.

ANNA: I’m likewise intrigued by A Nico-Covered Canvas, it sounds great. I’m also very excited to be getting the next volume of Witch Hat Atelier, which will rocket to the top of my stack of to-read manga. However, due to print sports manga being almost as rare as josei, I’m going to go ahead and highlight soccer manga Blue Lock as my pick.