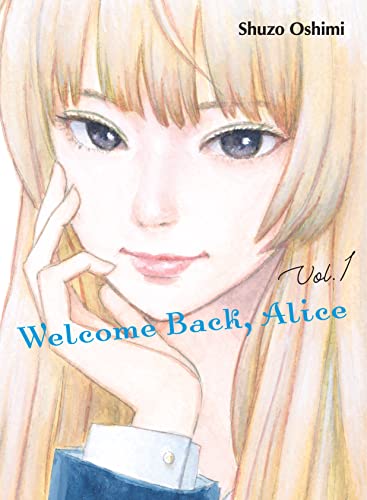 SEAN: Given the recent kerfuffle regarding Seven Seas, it feels awkward to pick a title of theirs for Pick of the Week. But the union has said they are not asking readers to boycott at this time. So I will be picking The Two of Them Are Pretty Much Like This, because I love the author, love the content, and it is one of my most anticipated titles this year.

MICHELLE: I really disliked The Flowers of Evil, but Blood on the Tracks has won me over to appreciating Shuzo Oshimi. So, this week I’ll pick Welcome Back, Alice and hope that it’ll be great.

KATE: I have a love/hate relationship with Shuzo Oshimi’s work: I think he’s a terrific artist, but I sometimes find his works just too… pervy, maybe?, so I’m going to pass on Welcome Back, Alice for now. The title I’m most excited about is The Men Who Created Gundam, which looks like a fun version of DMP’s old Project X series–think Cup Noodle with jokes and hijinks.

ASH: As far as debuts go, Seven Seas and Denpa seem to have the market cornered for me as I’m interested in most (but not all) of those releases. That being said, I’m probably most excited for the newest volume of What Did You Eat Yesterday? to come out.

ANNA: I’m not sure how I missed The Men Who Created Gundam because it sounds like a hoot. That being said I’m not going to pass up the chance to pick the latest volume of Yona of the Dawn.