The last week of January brings us no manga whatsoever!… OK, I lie, there’s a lot.

ASH: You almost had me there!

SEAN: Airship, in print, has the 8th volume of Kuma Kuma Kuma Bear.

And in early digital we see Berserk of Gluttony 5 and She Professed Herself Pupil of the Wise Man 3.

Dark Horse has the 3rd volume of Keep Your Hands Off Eizouken!.

ASH: Which reminds me that I still need to read the first two, but I suspect that it’s a series that I’ll enjoy. 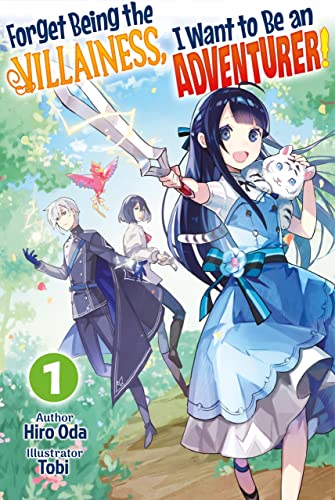 SEAN: J-Novel Club has two debuts. The light novel debut is Forget Being the Villainess, I Want to Be an Adventurer! (Tensei Reijou wa Boukensha wo Kokorozasu). You can likely guess how this one goes.

ASH: I do find it fascinating to see how these trends evolve over time.

SEAN: The manga debut is Full Clearing Another World under a Goddess with Zero Believers (Shinja Zero no Megami-sama to Hajimeru Isekai Kouryaku), based on the light novel J-Novel Club also puts out. This runs in Comic Gardo.

We also see the 7th An Archdemon’s Dilemma manga, the 5th Black Summoner manga, By the Grace of the Gods 10, The Ideal Sponger Life 6, My Next Life as a Villainess: All Routes Lead to Doom! 11, the 2nd Reborn to Master the Blade manga, the 6th Record of Wortenia War manga, and Sweet Reincarnation 6.

Kaiten Books has a digital 3rd volume of The Yakuza’s Guide to Babysitting.

Kodansha debuts in print a new boxset holding the first 7 volumes of The Quintessential Quintuplets. Go read the part of the manga that everyone loved because they were sure their girl would win.

There’s also the 13th and final CITY, If I Could Reach You 6, the 12th and final Kiss Me at the Stroke of Midnight, Knight of the Ice 8, Saint Young Men omnibus 7, To Your Eternity 16, Wave, Listen to Me! 8, and Yuzu the Pet Vet 7, the last volume before the timeskip.

MICHELLE: I need to catch up on Knight of the Ice and Wave, Listen to Me!.

ANNA: Knight of the Ice is one of the rare series that I’m actually caught up on because it is just that good!

ASH: This is a good Kodansha week for me! In addition to those two series, I’m particularly interested in Saint Young Men and To Your Eternity. 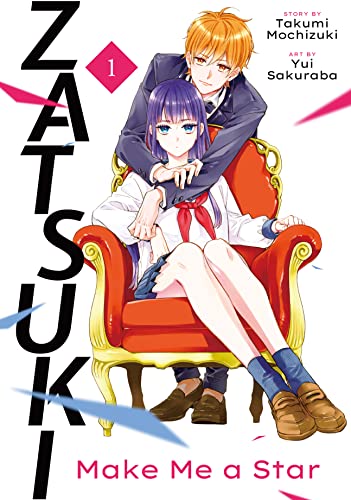 SEAN: Digitally the debut is Zatsuki: Make Me a Star (Zatsuki ~Watashi o Sutaa Nishi Nasai~), a shoujo title from Palcy. Two teenage stars whose careers are going in opposite directions meet at high school.

SEAN: Also digital: Back When You Called Us Devils 9, Even Given the Worthless “Appraiser” Class, I’m Actually the Strongest 3, Harem Marriage 13, I’m Standing on a Million Lives 12, The Iceblade Sorcerer Shall Rule the World 3, ONIMAI: I’m Now Your Sister! 4, Saint Cecilia and Pastor Lawrence 8, Tesla Note 2, Those Not-So-Sweet Boys 5, and What I Love About You 8.

Seven Seas debuts The Girl I Want is So Handsome! (Ikemen Sugidesu Shiki-senpai!), a done-in-one omnibus from Comic Yuri Hime. Shiki falls for an older girl at her school. She’s so handsome, and so cool… and so oblivious!

Square Enix has A Man and His Cat 5. 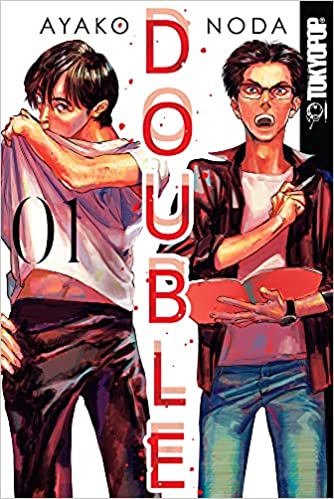 SEAN: Tokyopop debuts Double, a manga from a magazine called Flat Heroes. Two friends are actors in the same theater troupe. One is asked to “double” the other, even as his career takes him in a new direction. Somehow this turns into a seinen thriller? Gonna be honest, this sounds fascinating.

MELINDA: Ugh, the nerve of them releasing something that sounds interesting. I mean that with complete sincerity.

MICHELLE: Yeah, I’m certainly trepidatious. Speaking of hurts I shall never forgive, I have taken to requesting Silver Diamond on all of Seven Seas’ monthly license-request surveys. It’s BL and isekai-adjacent, so maybe? I figure it’s at least worth a shot!

Viz has another massive One Piece box set that has Vol. 71-90 of the series.

Yen On has a 2nd volume of Spy Classroom.

Two debuts for Yen Press. The Abandoned Empress is a Korean webcomic that is one of those “spurned noble ends up going back in time to try to fix things” stories.

ASH: I like that Korean comics haven’t been forgotten by publishers these days!

SEAN: Spy Classroom is an adaptation of the light novel – see two lines up. It runs in my nemesis, Comic Alive.

Also from Yen Press: Breasts Are My Favorite Things in the World! 4, Cocoon Entwined 4, The Dark History of the Reincarnated Villainess 4, High School Prodigies Have It Easy Even in Another World! 11, I Cannot Reach You 3, I’m the Hero, but the Demon Lord’s Also Me 3, Kaiju Girl Caramelise 5, The Maid I Hired Recently Is Mysterious 2, My Youth Romantic Comedy Is Wrong As I Expected 17, Sword Art Online Alternative Gun Gale Online 4, The World’s Strongest Rearguard: Labyrinth Country’s Novice Seeker 4, and Yowamushi Pedal 19.

MICHELLE: I need to catch up on I Cannot Reach You and Cocoon Entwined and, most especially, Yowamushi Pedal! I reckon the Inter High has gotta be finished by now!

ANNA: One of these days I need to read Yowamushi Pedal. My kids read it though so I just need to figure out where it is in my house.

SEAN: See what I mean? Barely any manga at all. What are you getting?