SEAN: 2022 is only just beginning and already the manga feels like it’s getting away from me.

ASH: While I delight in the amount of manga being released, you are not alone in that feeling.

SEAN: Airship has some print light novels. The Most Notorious “Talker” Runs the World’s Greatest Clan 2, My Status as an Assassin Obviously Exceeds the Hero’s 3, and The Saint’s Magic Power is Omnipotent 5.

Digitally, we get early releases for Adachi and Shimamura 8 and I’m in Love with the Villainess 4.

ASH: I’m in line for the print personally, but still, hooray! 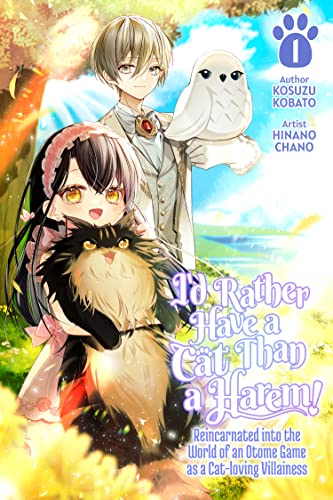 SEAN: Cross Infinite World debuts a new light novel series, I’d Rather Have a Cat than a Harem! Reincarnated into the World of an Otome Game as a Cat-loving Villainess (Sonna Koto yori, Neko ga Kaitai ~ Otome Game no Sekai ni Tensei Shimashita ~). On the plus side, our reincarnated villainess has her old family as her reincarnated family in this world as well. On the down side, she’s still a villainess. How to solve this? …who cares? KITTY!

ASH: That was not a isekai variation I was expecting!

SEAN: Ghost Ship debuts Might as Well Cheat: I Got Transported to Another World Where I Can Live My Wildest Dreams! (Sekkaku Cheat wo Moratte Isekai ni Teni shita n dakara, Suki na you ni Ikitemitai), a Comic Ride title that adapts an unlicensed light novel. Our reincarnated hero may be able to make fantastic healing potions, but he’s not here to adventure – he’s here to check out the local sex workers!

J-Novel Club has some print stuff. We get Ascendance of a Bookworm manga 8 (aka Part 2 Volume 1), How a Realist Hero Rebuilt the Kingdom manga omnibus 3, In Another World With My Smartphone 19, Marginal Operation 8, and The Unwanted Undead Adventurer 3.

SEAN: Digitally we have Chillin’ in Another World with Level 2 Super Cheat Powers 3, In Another World with My Smartphone 24, The Magician Who Rose from Failure 4, My Friend’s Little Sister Has It In for Me! 5, My Instant Death Ability Is So Overpowered, No One in This Other World Stands a Chance Against Me! 8, and Reincarnated as the Piggy Duke: This Time I’m Gonna Tell Her How I Feel! 4.

Kodansha has the 4th and final volume of Boys Run the Riot in print, as well as the 11th and final Sweat and Soap. They’ve also got Living-Room Matsunaga-san 9, the print debut of Lovesick Ellie (which has been released previously digitally), Rent-A-(Really Shy!)-Girlfriend 2, Shikimori’s Not Just a Cutie 8, and A Sign of Affection 4.

MICHELLE: I didn’t realize Boys Run the Riot was so short. Hooray for Lovesick Ellie in print!

ASH: I somehow hadn’t realized that, either! Also, I finally got around to starting Sweat and Soap and it’s great. Really looking forward to reading the rest of the series.

SEAN: Digitally we have two debuts. I Was Reincarnated with OP Invincibility, so I’ll Beat ’em Up My Way as an Action-Adventurer (Zettai ni Damage wo Ukenai Skill wo Moratta node, Boukensha to shite Musou shite miru) is a Suiyoubi no Sirius title that sounds like it will melt the skin off anyone who reads it. 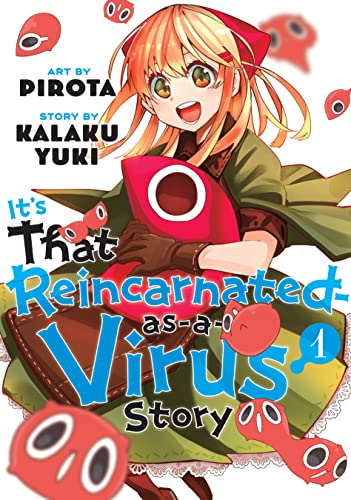 It’s That Reincarnated-as-a-Virus Story (Virus Tensei kara Isekai Kansen Monogatari) is… well, a villainess story, sort of? It is also from Suiyoubi no Sirius, and yes, the protagonist is a virus that can cause a pandemic. Timely!

ANNA: Maybe too timely for me.

SEAN: Also digital: Cells at Work! White Brigade 2, The Hero Life of a (Self-Proclaimed) “Mediocre” Demon! 7, My Roomie Is a Dino 6, Police in a Pod 8, SHAMAN KING & a garden 2, and Shangri-La Frontier 5.

One Peace has Farming Life in Another World 4, Multi-Mind Mayhem 2, and The New Gate 8.

Seven Seas has two debuts. Daily Report About My Witch Senpai (Majo-senpai Nichijou) is a shoujo Akita Shoten title from Manga Cross. An office worker’s senpai is a witch, as the title might suggest – and she’s overworking herself! Can he help?

The Dragon Knight’s Beloved (Ryukishi no Okiniiri) is a josei series from Comic ZERO-SUM, based on a webcomic. A young maid, who loves caring for the dragons at the castle, gets a startling request from a knight when she comes of age – pretend to be his lover!

ASH: You had me at dragons and josei.

Square Enix has the 4th manga volume for By the Grace of the Gods. 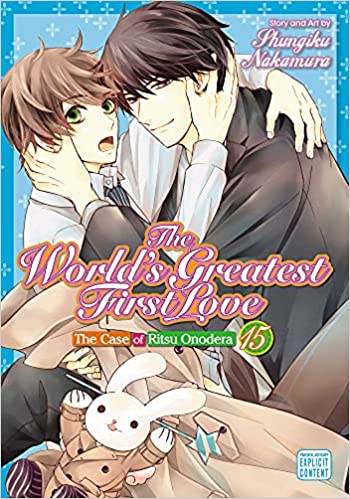 SuBLime has the 3rd and final volume of Bad Boys, Happy Home and The World’s Greatest First Love 15.

ASH: I liked the first volume of Bad Boys, Happy Home, so I should probably give the last two a read, too.

SEAN: Tokyopop debuts Assassin’s Creed Dynasty, which seems to be based on, besides the AC franchise, a Chinese webcomic.

As one series begins, another must end. So it is with Viz, which sees the debut of Pokémon Adventures: X•Y and the final volume of Pokémon: Sun & Moon. What are they about? Come on. They’re Pokémon manga.

Viz also has Star Wars: Tribute to Star Wars, an artbook with works from lots of Japanese creators, such as the creators of the Zelda manga, Witch Hat Atelier, and Tekkonkinkreet!

ASH: Oh! That should be pretty good, then!

MICHELLE: I still need to check out Frieren and Mao.

ASH: Same, I’ll have to admit.

ANNA: Me too, although I think the first volume of Frieren is at least somewhere in my house.

SEAN: Lastly, Yen On has Bottom-Tier Character Tomozaki 7, Date A Live 4, Suppose a Kid from the Last Dungeon Boonies Moved to a Starter Town 8, and Torture Princess 7.5.

What manga are you being reincarnated as?