ASH: I’m okay with this, although I am terribly behind. 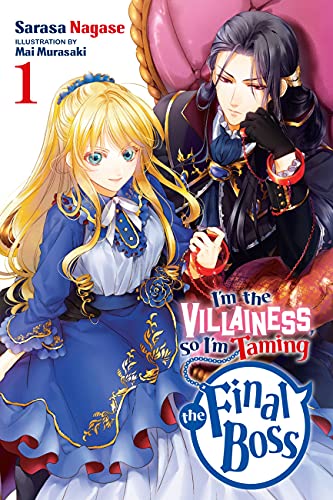 SEAN: Yen On has a debut, with a title that might sound a bit familiar. I’m the Villainess, So I’m Taming the Final Boss (Akuyaku Reijo nano de Last Boss wo Kattemimashita) is a light novel with a premise that readers are no doubt aware of. This one’s quite popular, though, and an anime was just announced, which is a rarity for villainesses not named Catarina.

Other light novels next week include Banished from the Hero’s Party, I Decided to Live a Quiet Life in the Countryside 4, The Demon Sword Master of Excalibur Academy 4, Our Last Crusade or the Rise of a New World 7, and The World’s Finest Assassin Gets Reincarnated in Another World as an Aristocrat 3.

As for Yen Press, they have Angels of Death 12 (the final volume) and Toilet-Bound Hanako-kun 10.

SEAN: Viz Media gives us Call of the Night 4, Case Closed 80, Fullmetal Alchemist: A New Beginning (a new light novel in the series Viz started back in the 00s), How Do We Relationship? 4, Komi Can’t Communicate 15, the 10th and final volume of Pokémon Adventures Collector’s Edition, and Requiem of the Rose King 14.

ASH: Always glad for a new volume of Requiem of the Rose King! And thanks for pointing out that the Fullmetal Alchemist novel is a new volume rather than a new printing; it’s been a while since I’ve read any of those.

ANNA: Agree about Rose King, I need to get caught up.

MELINDA: Okay, Requiem of the Rose King, yes please. Also, I can’t believe I never really got into that Fullmetal Alchemist light novel series. I will have to check it out!

Square Enix has By the Grace of the Gods 3.

No debuts for Seven Seas this time around, but we do get Arifureta: I Heart Isekai 4, Happy Kanako’s Killer Life 2, High Rise Invasion 19-21 (which wraps up the series), The Invincible Shovel 2, Magical Girl Spec-Ops Asuka 12, Non Non Biyori 15, Precarious Woman Executive Miss Black General 7, The Tale of the Outcasts 3, and Wonder Cat Kyuu-chan 3.

ASH: I still need to check out Wonder Cat. 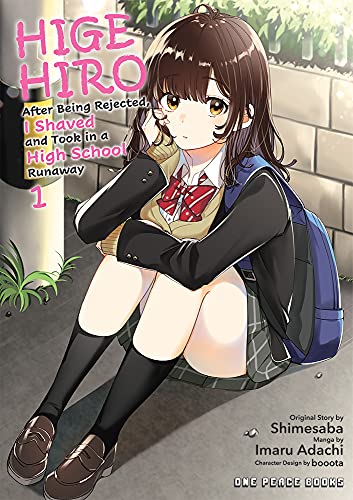 SEAN: One Peace debuts Higehiro: After Being Rejected, I Shaved and Took in a High School Runaway (Hige o Soru. Soshite Joshikousei o Hirou), the manga adaptation of a popular light novel which has been licensed in English by Kadokawa’s new publishing arm here. The title is the plot.

Kodansha, in print, has Knight of the Ice 7.

ANNA: One of the few series I’m not behind on, it continues to be delightful.

MICHELLE: I’m behind, but I still say “Yay!”

SEAN: Digitally there is a bit more. The debut is Our Bodies, Entwining, Entwined (Karada, Kasanete, Kasanatte), a “shousei” title from Palcy. A woman who was dumped years ago for being “boring” at sex is in a new relationship, but her boyfriend also has issues having sex. Can the two of them satisfy each other?

Also digital: Altair: A Record of Battles 24, Ex-Enthusiasts: Motokare Mania 6 (the final volume), Giant Killing 27, My Pink Is Overflowing 5, Perfect World 8, Police in a Pod 5, Space Brothers 39, Wave, Listen to Me! 7, and Yamaguchi-kun Isn’t So Bad 3.

MICHELLE: I thought Ex-Enthusiasts: Motokare Mania was quite fun and, of course, I adore Giant Killing and Wave, Listen to Me!.

J-Novel Club has two debuts. Hell Mode ~The Hardcore Gamer Dominates in Another World with Garbage Balancing~ (Hellmode ~Yarikomi Suki no Gamer wa Haisettei no Isekai de Musou Suru~) is about a hardcore gamer looking for a challenge, who finds himself reincarnated in a very difficult game world.

The other is Maddrax, a German SF series from J-Novel Pulp.

Also out next week: An Archdemon’s Dilemma: How to Love Your Elf Bride 12, Black Summoner 6, How NOT to Summon a Demon Lord 14, and the 8th manga volume of Infinite Dendrogram.

Ghost Ship gives us World’s End Harem 12. The back cover promises this is the climax, but (unsurprisingly in this sort of manga) the climax may wait a bit longer, as there’s more to come.

SEAN: Airship debuts in print Disciple of the Lich: Or How I Was Cursed by the Gods and Dropped Into the Abyss!.

Also out in print: Reincarnated As a Sword 9 and The Strange Adventure of a Broke Mercenary 2.

Digitally there’s early volumes for My Status as an Assassin Obviously Exceeds the Hero’s 2 and She Professed Herself Pupil of the Wise Man 2.

Are these books great? Judge them. Judge them with your EYES.