SEAN: The end of September brings some nice books, but also a long-awaited new volume of a beloved series, so let’s start with that. 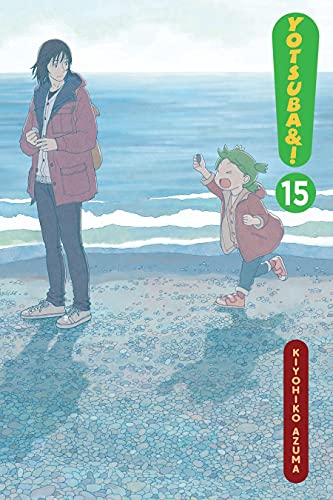 ASH: Ah! A great series to start us off with!

MICHELLE: When last we left off, Yotsuba and her dad were acquiring a car, so I look forward to some fresh new adventures.

SEAN: Yen Press also has A Certain Magical Index 24, Combatants Will Be Dispatched! 5, In Another World with My Smartphone 3, Love and Heart 3, Magia Record: Puella Magi Madoka Magica Side Story 3, and Star Wars: Rebels 2.

Apologies to Udon, who I forgot about last week. They have already out Steins;Gate 0 Volume 1, an alternate universe manga set after a Bad End from the original game. This is an omnibus of the first two volumes.

Square Enix has By the Grace of the Gods 3.

Seven Seas has been awfully quiet all month… TILL NOW. Get ready to be buried.

ASH: I am prepared.

SEAN: We start with the Bloom Into You Anthology, a collection of manga by various artists revolving around the cast of this yuri manga.

ASH: I like seeing these anthology volumes released. Once upon a time, seeing them licensed was somewhat rare.

SEAN: Hello World, the manga, is a complete in one omnibus retelling of the light novel. It ran in Ultra Jump.

Karate Survivor in Another World (Yajin Tensei) is a Dengeki Daioh title for those who wish that more isekai titles were like old-school Shonen Champion “teens fight” manga. 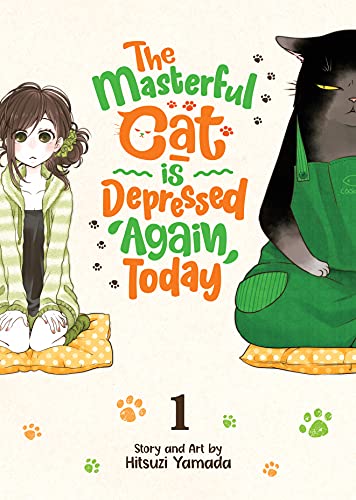 SEAN: The Masterful Cat Is Depressed Again Today (Dekiru Neko wa Kyou mo Yuuutsu) is from Kodansha’s Suiyoubi no Sirius, and is about a young woman who takes in a giant cat… who’s really good at nearly everything. Better than her, at any rate. Cats and comedy, love it.

SEAN: The NPCs in this Village Sim Game Must Be Real! (Murazukuri Game no NPC ga Namami no Ningen to Shika Omoenai) runs in Young Ace Up, and is based on the novel. I enjoyed the novel much more than expected, so the manga should also be fun.

Reincarnated as a Dragon Hatchling (Tensei Shitara Dragon no Tamago Datta – Saikyou Igai Mezasa Nee) runs in Comic Earth Star, and is ALSO based on the novel. I didn’t read that one, but I assume it is cute and has dragons.

That is SIX debuts. Wow. We also get BL Metamorphosis 5 (the final volume), How to Build a Dungeon: Book of the Demon King 7, Mushoku Tensei: Roxy Gets Serious 6, Pandora in the Crimson Shell: Ghost Urn 14, She Professed Herself Pupil of the Wise Man 2, and We Swore to Meet in the Next Life and That’s When Things Got Weird! 3 (the final volume).

ASH: BL Metamorphosis is wonderful; I’m so glad that it was translated.

MELINDA: I never managed to start it, but now is the time!

SEAN: One Peace has the 16th manga volume for The Rising of the Shield Hero.

Kodansha gives us the first volume of the updated Eternal Edition re-release of Codename: Sailor V. 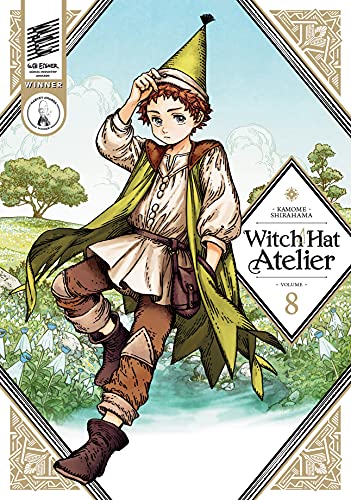 ASH: Yes, please do! I’m a little behind in my reading, but To Your Eternity is a favorite of mine, too.

ANNA: Witch Hat Atelier is one of the few series I’m not behind on!

MICHELLE: I totally am!

MELINDA: I’m… I can’t even bear to speak of it.

SEAN: Digitally, our debut is The Girl, the Shovel, and the Evil Eye (Youjo to Scoop to Magan Ou), a Shonen Sirius title whose content is not as cute as it sounds. A man dies and is reincarnated as a worker in a mining camp, without any powers, even! But when he tries to help a bullied girl, will he have powers after all?

Also out digitally: Am I Actually the Strongest? 5, Back When You Called Us Devils 5, Chihiro-kun Only Has Eyes for Me 2, Fate/Grand Order -Epic of Remnant- Pseudo-Singularity III: The Stage of Carnage, Shimousa – Seven Duels of Swordmasters 3, The Great Cleric 7, Harem Marriage 9, Mr. Bride 2, Saint Cecilia and Pastor Lawrence 4, That’s My Atypical Girl 2, and What I Love About You 7. Half that list is just the title of the Fate book.

J-Novel Club has 4 debuts, three light novels and one manga. Dahlia in Bloom: Crafting a Fresh Start with Magical Tools (Madougushi Dahliya wa Utsumukanai) is a J-Novel Heart series about a woman who was isekai’d after overworking herself to death. She’s not a villainess… but she’s still dumped by her fiancee. She’s been trying to be quiet and get on with life… well, screw that. Now she resolves to make a career for herself.

Min-Maxing My TRPG Build in Another World (TRPG Player ga Isekai de Saikyou Build wo Mezasu) is a series that features, well, an isekai’d guy using game mechanics in another world, but apparently the audience for this is more 45-year-old D&D players than teen MMO gamers. 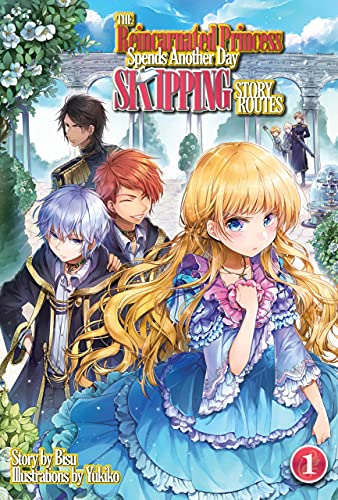 The Reincarnated Princess Spends Another Day Skipping Story Routes (Tensei Oujo wa Kyou mo Hata o Tatakioru) is a villainess otome game series from J-Novel Heart. In this game, most fans agreed that the support guys were better than the love interest. Our villainess is going after one… but the heroine is determined to stop her. We shall see.

Also out as a light novel: Campfire Cooking in Another World with My Absurd Skill 10.

On the manga front, we get the debut of My Instant Death Ability Is So Overpowered, No One in This Other World Stands a Chance Against Me! —AΩ—. Based on the light novel, it runs in Comic Earth Star.

We also get the 4th Record of Wortenia War.

ASH: I’ll admit to being curious.

SEAN: Cross Infinite World gives us Return from Death: I Kicked the Bucket and Now I’m Back at Square One With a Boyfriend Who Doesn’t Remember Me. As you might guess, it’s a Peggy-Sue story a la Tearmoon Empire, and the title is also the plot.

Lastly, we have Airship. In print, they debut She Professed Herself Pupil of the Wise Man, and we also get Classroom of the Elite 9 and The Hidden Dungeon Only I Can Enter 5.

And we get an early digital release of Berserk of Gluttony 4.

Ooof. The Suez is unstuck, folks, and the September of Quiet is over. What are you getting?