SEAN: Even the Delta variant cannot stop the flow of manga coming through.

ASH: Which is impressive, really.

SEAN: Airship, in print, gives us the third volume of Trapped in a Dating Sim: The World of Otome Games is Tough for Mobs.

For early digital titles, we get Mushoku Tensei 13 and Reincarnated As a Sword 9.

J-Novel Club has some new print titles, the biggest one of interest being the print debut of Tearmoon Empire. The story of a spoiled princess who, after being executed, finds herself in her 12-year-old self, I highly recommend it to all light novel readers.

ASH: I’ve been looking forward to giving this one a try now that it’ll be available in print!

SEAN: Also debuting is the manga version of The Unwanted Undead Adventurer.

In digital, we get the manga debut of The Emperor’s Lady-in-Waiting Is Wanted as a Bride. Also out in manga form: Black Summoner 4, Cooking with Wild Game 5, and The Master of Ragnarok & Blesser of Einherjar 6.

Light novels out next week include The Master of Ragnarok & Blesser of Einherjar 17, Seirei Gensouki 16, and Slayers 10. 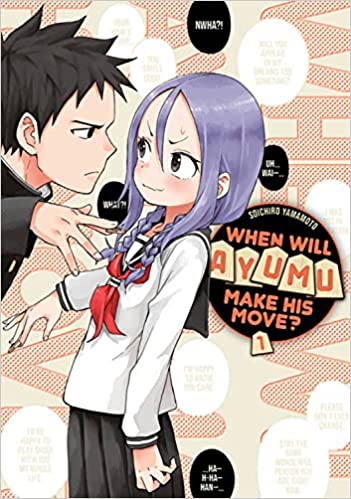 Kodansha’s print debut is When Will Ayumu Make His Move? (Soredemo Ayumu wa Yosetekuru), from the author of Teasing Master Takagi-san. This is a Weekly Shonen Magazine title about a girl who is trying to get a guy to confess to her, and a guy who only wants to confess after he’s beaten her in shogi. As you guessed, he’s terrible at shogi. This seems fun.

ASH: That does sound like it could be fun.

MICHELLE: Definitely looking to the shoujo offerings in that lot.

ASH: Ditto! I’m glad to see more Drifting Dragons in there, too.

SEAN: Digitally our debut is You’re My Cutie (Kawaii Nante Kiitenai!!), a new Betsufure series about a girl who loves manga about cute kohais falling for cool sempais. Then she meets her own kohai… and reality is not like the manga.

SEAN: Also: Blue Lock 7, The Decagon House Murders 2, Dr. Ramune -Mysterious Disease Specialist- 5, In the Clear Moonlit Dusk 2, Living-Room Matsunaga-san 10, My Darling Next Door 3, Our Fake Marriage 7, Ran the Peerless Beauty 10 (the final volume), Will It Be the World or Her? 9 (also a final volume), and You Got Me, Sempai! 10 (also also a final volume). 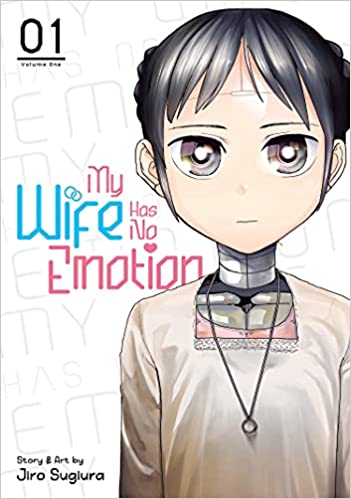 SEAN: Seven Seas debuts My Wife Has No Emotion (Boku no Tsuma wa Kanjou ga nai), a Comic Flapper title about a salaryman and his robot, and their growing closeness. Um…? Robot?

ASH: I will admit to being intrigued.

SEAN: Seven Seas also has The Dangers in My Heart 2.

Square Enix has The Apothecary Diaries 3 and The Strongest Sage with the Weakest Crest 5.

Tokyopop has Would You Like to be a Family? (Kazoku ni Nattemimasen ka?), a BL title from Gush about a soft-spoken man drawn into his loud co-worker’s life… complete with loud co-worker’s child. This looks sweet.

ASH: Same! And I’m still super excited we’re getting Fist of the North Star, too.

SEAN: Actually, come to think of it, this IS less than usual. Manga, are you OK?

ANNA: I am concerned!