SEAN: Gonna start reversing the list more often as, no offense to Seven Seas, I am tired of Airship getting the first image every week.

So we start with Yen On, who have a plethora of “delayed from August… and July” debuts for us! Four of them, in fact. 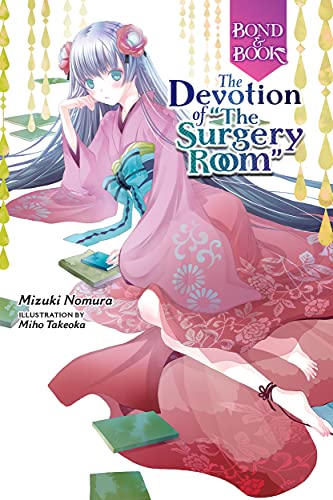 Bond and Book (Musubu to Hon) is a new series from the author of the Book Girl light novels, which I greatly enjoyed when they came out ages ago. Sadly, they came out before the LN boom, so sold poorly – I hope this does better. It seems to be a linked story series, as the books overall involve a young man who can “hear the voices of books”, and each book has him dealing with a specific problem. The first is called The Devotion of “The Surgery Room” (a short story by Japanese author Kyōka Izumi).

ASH: This sounds right up my alley. I, too, enjoyed what I read of Book Girl and I like book-ish type stories.

SEAN: Second we have If the RPG World Had Social Media… (Moshi Role Playing Game no Sekai ni SNS ga Attara), a series which I’m going to take a wild guess is a comedy. Would you challenge the demon lord via text?

Third we have Magistellus Bad Trip. A Certain Magical Index may be dead in North America, but that doesn’t mean we can’t have a new series by the same author. A VR city with gambling and high stakes is about to be taken by a young man and his succubus partner.

ASH: Huh! That’s an interesting way of doing it.

MICHELLE: Kinda curious about this one.

SEAN: Also from Viz: a double shot of Kenjiro Hata, as we get Fly Me to the Moon 7 and Hayate the Combat Butler 38. Other than that, it’s tie-ins galore, as we see Kirby Manga Mania 2, Pokemon: Sun & Moon 11, Splatoon 13, The Legend of Zelda: Twilight Princess 9, and YO-KAI WATCH 18. 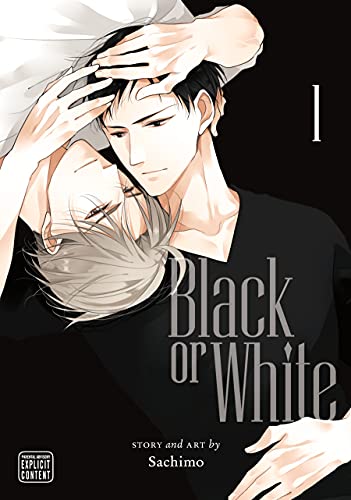 SuBLime debuts Black or White (Kuro ka Shiro ka), which runs in Kadokawa’s Emerald. Two actors who are typecast in roles they’d rather not be doing are secretly lovers.

ASH: I’m looking forward to giving this one a try.

MELINDA: That does sound interesting, actually.

SEAN: Also from SuBLime, we have Jealousy 4 and Given 6.

MICHELLE: I am so behind on Given already.

ASH: I’m a bit behind, too, despite enjoying the series!

SEAN: Square Enix has the 4th volume of A Man and His Cat.

SEAN: Another small week from Seven Seas. They have The Ideal Sponger Life 9, Plus-Sized Elf 7, and Reincarnated As a Sword 7.

One Peace debuts Multi-Mind Mayhem (Isekai Tensei Soudouki), based on the as yet unlicensed light novel. This story of a man with three different souls in his body – his own, a Japanese samurai, and a Japanese otaku – comes from Alpha Polis.

ASH: I am possibly intrigued.

SEAN: Kodansha, in print, has Orient 4 and A School Frozen in Time 3.

MICHELLE: I enjoyed the first volume of A School Frozen in Time.

ASH: I still need to read it, but I do have a copy!

SEAN: Digitally, as always, much more. Two debuts. Turns Out My Online Friend is My Real-Life Boss! (Online Game Nakama to Sashi Off shitara Shokuba no Onijoushi ga Kita) is a BL title from Ichijinsha’s Gateau, about a guy who tries to destress after days dealing with his evil boss by talking with a gaming friend online. then they meet up in real life and… yeah, you guessed it. 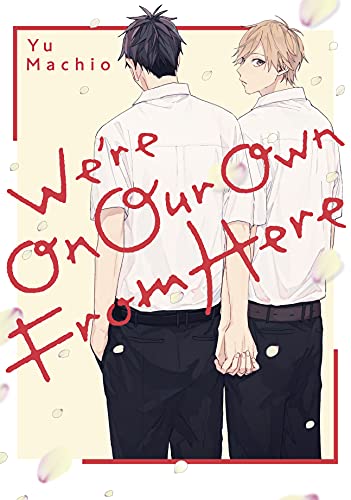 The other debuts is also BL and also from Ichijinsha’s Gateau. We’re On Our Own From Here (Konosaki wa Futarikiride) is a high school romance between two boys, spurred on by a girl seemingly confessing to one.

MELINDA: I’m a sucker for this type of story.

MICHELLE: Lots of stuff here that I’m interested in! Mostly the sports, not gonna lie.

ASH: I’ll admit to being fond of sports manga, too.

SEAN: J-Novel Club debuts Dragon Daddy Diaries: A Girl Grows to Greatness (Totsuzen Papa ni Natta Saikyou Dragon no Kosodate Nikki: Kawaii Musume, Honobono to Ningenkai Saikyou ni Sodatsu), a title from the author of Sexiled and A Lily Blooms in Another World, so again, I would not worry about daddy-daughter issues here. This looks super cute, and is about what you’d expect: a dragon adopting and raising a human child.

ASH: Another book to add to the list to check out!

Also on the light novel tip from J-Novel Club: The Apothecary Diaries 3, Culinary Chronicles of the Court Flower 3, Perry Rhodan NEO 3, The Sidekick Never Gets the Girl, Let Alone the Protag’s Sister! 2, and A Wild Last Boss Appeared! 6.

Lastly we have Airship. In print, they’ve got How a Realist Hero Rebuilt the Kingdom 12 and Muscles Are Better Than Magic! 3.

Planet of the Orcs is from Kodansha’s Legend Novels line, and therefore I expect it to be pretentious as hell, even though when I look at the premise all I can do is sing “ORCS WITH GUNS!” to the tune of Duran Duran’s Girls on Film.

That’s a big chunk of stuff… but is it for you?