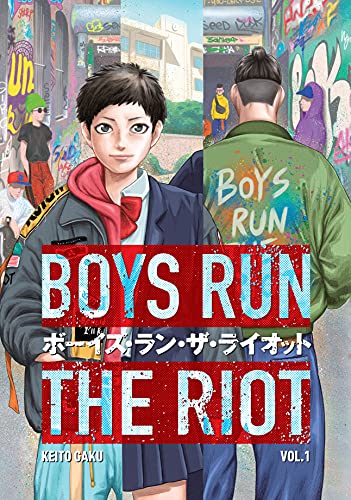 MICHELLE: I mean, it’s gotta be Boys Run the Riot. Bonus points for a new volume of What Did You Eat Yesterday, though!

SEAN: First of all, an honorary pick of the week goes to Berserk. It wasn’t my cup of tea, but what I read of it shows that the late Kentaro Muira was a master of his craft, and you can see why his death has led to an outpouring of grief from Japanese manga artists. But yes, as Michelle said, my actual pick for this specific week is Boys Run the Riot.

KATE: Who runs the riot? Boys! (Or so I’ve heard.) Looking forward to checking this one out…

ASH: It is supposed to be great! I’m really happy that Boys Run the Riot is being released. Transmasculine characters are a rarity in manga licensed for translation, and the manga’s creator is trans, too, so I’m excited for the series. It’s my official pick but, like Sean, I’d like to honor Berserk this week, too. The series is an important touchstone for me and Kentaro Miura will be greatly missed.

ANNA: I’m also looking forward to Boys Run the Riot, and while Berserk wasn’t for me there’s no denying Miura’s achievement with the series.