SEAN: As I write this, Texas is being hit with blizzards. Why not curl up… in your dark house with no power… with some manga?

Airship gives us the print volume of the 2nd I’m in Love with the Villainess, and also a print volume for Skeleton Knight in Another World 8.

ASH: I haven’t finished reading the first volume of I’m in Love with the Villainess quite yet, but I suspect I’ll want to pick up the second.

SEAN: Denpa’s site says that The Girl with the Sanpaku Eyes 2 is out next week.

J-Novel Club has a trio of light novels. By the Grace of the Gods 6, Campfire Cooking in Another World 9, and The Greatest Magicmaster’s Retirement Plan 8. 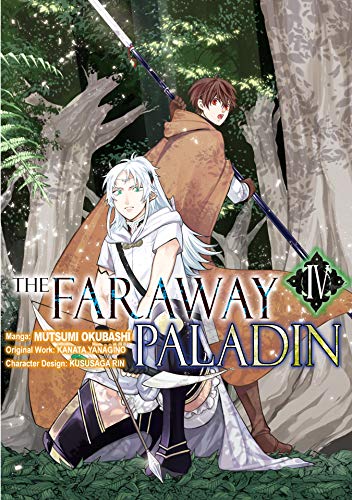 On the manga side, they have The Faraway Paladin 4 and Seirei Gensouki: Spirit Chronicles 5.

Kodansha has two print debuts, though we’ve seen them both digitally before. Cells at Work: Baby! is essentially the superdeformed version of the series.

ASH: I enjoyed the original series, but haven’t managed to keep up with all the spinoffs!

SEAN: A Sign of Affection (Yubisaki to Renren) is one that I’ve gushed about before, but here I am gushing about it again. This story of a boy and girl meeting and falling in love, it’s all about communication, as our heroine is hearing impaired, and our globe trotting hero does not know sign language. Fans of Kimi ni Todoke should check this out.

MICHELLE: I missed this when it was a digital debut, so I’m grateful for a second chance at it.

ANNA: Amazingly, this is one of the very few Kodansha digital titles that I have read, and it is absolutely wonderful. It is by suu Morishita, so fans of Shortcake Cake should absolutely pick it up. I’m sure I bought the first couple volumes digitally due to Sean’s gushing and just never posted about it. Morishita does some wonderfully innovative storytelling as the two main characters figure out how to communicate with each other, and the hearing-impaired heroine is portrayed with great sensitivity. I’m so rooting for Yuki and her first real romance!!

ASH: I’m really looking forward to reading this one now that it’s in print. Can’t pass it up with recommendations like that.

MELINDA: Well, how can I possibly resist after that glowing recommendation?

ASH: I have legitimately learned things about animal life reading this series.

SEAN: Digitally the debut is How Do You Do, Koharu? (Gokigenyou, Koharu-san), by the author of (and in the same universe as) Say I Love You. Koharu (the younger sister of Yamato, the male lead in Say I Love You) prefers to keep her friends solely on the digital side… till she’s tempted by a follower who she might want to be more than just friends with. This runs, of course, in Dessert. I hope it is a bit less drama-filled than its parent series.

MICHELLE: I’d seen this one on the release calendar but didn’t realize it had any connection to Say I Love You. Interesting!

Seven Seas’s biggest debut may be one that came out first nearly 10 years ago. After a period where it seemed that you couldn’t go a week without a new volume, the Alice in the Country of _________ series vanished, allegedly due to licensing difficulties with the original creator. But now it’s back… in digital form! It’s getting rolled out over several weeks. This week we get The Clockmaker’s Story and Love Labyrinth of Thorns (Julius) and The Mad Hatter’s Late Night Tea Party 1 & 2 (Blood).

ANNA: I think I’m tapped out of Alice in the Country of stories but I’m amused to see these being released again.

ASH: Oh, wow! I had somehow previously missed this news. 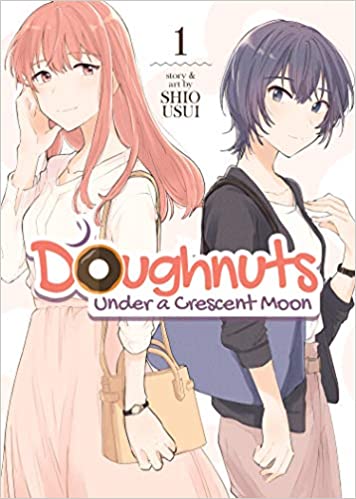 And there is The Ancient Magus’ Bride: Wizard’s Blue 2, Days of Love at Seagull Villa 2, Failed Princesses 3, and How Heavy Are the Dumbbells You Lift? 5.

MICHELLE: I still haven’t even read volume 1 of Seagull Villa!

In much better Square Enix manga news, we get A Man and His Cat 3.

SEAN: Apologies to Tentai Books, I missed their debut light novel which is actually out later this week. World Teacher: Special Agent in Another World (World Teacher: Isekaishiki Kyouiku Agent) is another of those books where the plot is described by the title.

Tokyopop has a debut. The Cat Proposed (Bakeneko Katatte Sourou) is a one-shot BL title from Canna. A man watches a play and sees one of the actors has cat ears. Turns out he’s a bakeneko, and has chosen our protagonist as his spouse!

There’s also the 3rd and final volume of Still Sick.

Yen On has had a few date shifts (try to contain your shock), but we do get a few new volumes this week… and two old ones, as Haruhi Suzumiya 3 and 4 get reprints. 4 is considered the series’ high point.

And there is Do You Love Your Mom (and Her Two-Hit, Multi-Target Attacks?) 8, The Greatest Demon Lord Is Reborn As a Typical Nobody 5, In the Land of Leadale 2, Konosuba 13, and May These Leaden Battlegrounds Leave No Trace 3.

There’s also a Yen Press title I missed last week, as it’s out this Saturday. Megumi Hayashibara’s The Characters Taught Me Everything: Living Life One Episode at a Time is her new memoir, and Yen is putting it out digitally the same day it comes out in Japan!

ASH: I really hope this is released in print at some point, too! It should be really good.

SEAN: Because of various delays and date shifts, Yen Press has FIVE manga debuts next week. We start with Adachi & Shimamura, the manga version of which we’ve already seen the light novel and the anime. Please enjoy Adachi’s gay panic and Shimamura’s attempts to be a functioning human being in a new medium. This runs in Dengeki Daioh. 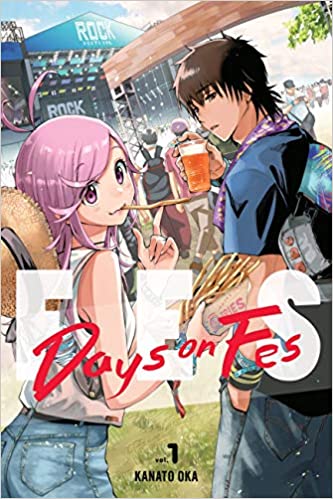 Days on Fes is a series about two friends going to rock festivals, and that’s about all it is, from what I hear. Sounds like a Laid-Back Camp vibe. This runs in Comic Newtype.

ASH: Oh, that could fun.

MELINDA: I might be into this? As someone who used to go to a lot of music festivals, that is.

SEAN: The Girl without a Face (Kao ga Nai Onnanoko) is a one-shot from Comic Beam. A boy and girl are in love. She’s a bit… expressionless – literally – but that’s just fine. This looks both cute and spooky?

ASH: This could be fun, too!

SEAN: Golden Japanesque – A Splendid Yokohama Romance is the sort of josei title folks were BEGGING for ten years ago. It runs in Flowers’ online magazine, and its author did Kare First Love, for Viz fans with long memories. A Meiji-era title about a half-Japanese girl who’s discriminated against and the boy who thinks she’s a fairy-tale character.

MICHELLE: Ooh! I actually do own all of Kare First Love, as it happens.

ANNA: I am a Viz fan with a long memory and I think I own most of Kare First Love too. I am officially intrigued and will be picking this up.

SEAN: Lastly there is ID:Invaded #Brake-Broken, a title which hurts me when I try to say it out loud. It’s the sequel to the anime, and runs in Young Ace.

We also get Eniale & Dewiela 2, Mieruko-chan 2, Overlord: The Undead King-Oh! 6, The Saga of Tanya the Evil 13, Slasher Maidens 2, Toilet-Bound Hanako-kun 7, The White Cat’s Revenge as Plotted from the Dragon King’s Lap 2, and A Witch’s Love at the End of the World 2.

ASH: I’ll likely be picking up a few of those, too.

SEAN: What manga melts the weather all around you?