SEAN: As we get closer to the holidays, we get more and more books being published.

ASH: This turn of events pleases me. 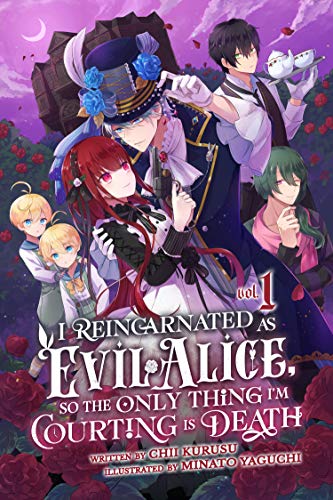 SEAN: Cross Infinite World has a new title, I Reincarnated As Evil Alice, So the Only Thing I’m Courting Is Death!. Our heroine dies and is reincarnated in an otome game, and she *is* the heroine this time… but the game is notorious for having almost all bad ends. Expect a lot of Alice in Wonderland vibes here as well.

No debuts for J-Novel Club, but a heaping helping of ongoing digital light novels. We get An Archdemon’s Dilemma 11, Arifureta 11, I Refuse to Be Your Enemy! 4, The Intrigue of Marielle Clarac (Book 5 in that series), Slayers 4, and The Sorcerer’s Receptionist 2. Phew!

Kodansha has some print. We get Drifting Dragons 7, Fairy Tail: 100 Years Quest 6, Gleipnir 8, the 2nd Magic Knight Rayearth manga box set, which will finish the series, and also has a bonus artbook. That Time I Got Reincarnated As a Slime 15 and UQ Holder 21 are also out.

SEAN: Digitally the debut is I Guess I Became the Mother of the Great Demon King’s 10 Children in Another World (Isekai de Saikyou Maou no Kodomo-tachi Juunin no Mama ni Nacchaimashita), which sounds like your standard isekai but is also by Ema Toyama, author of Missions of Love and other shoujo classics. This is not shoujo: it runs in Shonen Sirius. A girl whose mother has died plays the game the mother never finished… and finds herself in another world.

ASH: Ema Toyama, you say? That piques my interest a bit more than just the title alone.

MELINDA: I don’t read much digitally, but this intrigues me as well, almost entirely because of the author.

MICHELLE: I really, really need to get caught up on Shojo FIGHT!.

SEAN: One Peace has a 3rd manga volume for The Reprise of the Spear Hero. 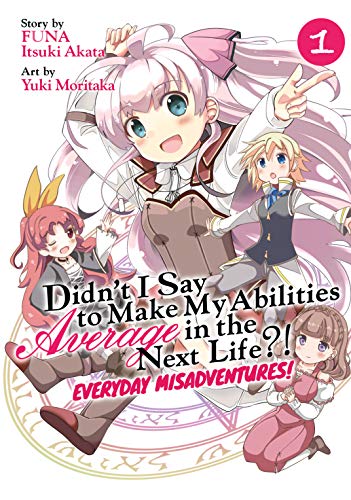 Debuting from Seven Seas is Didn’t I Say to Make My Abilities Average in the Next Life?! Everyday Misadventures! (Watashi, Nichijou wa Heikinchi de tte Itta yo ne!), the 4-koma spinoff of Mile’s antics that everyone wanted. It runs in Comic Earth Star.

MICHELLE: I wouldn’t say Goodbye, My Rose Garden was an amazing series, but it was certainly good enough to read the third and final volume.

ASH: I still need to read the second volume (and now soon the third), but I found the first volume to be enjoyable.

Tokyopop has the 2nd and final volume of No Vampire, No Happy Ending.

Vertical gives us the 4th Katanagatari omnibus digitally (I will keep repeating this till it’s correct), Kino’s Journey 7, and With a Dog AND a Cat, Every Day is Fun 2.

MICHELLE: I really liked the first volume of With a Dog AND a Cat, Every Day is Fun and am eagerly anticipating the second.

SEAN: They also have Zoku-Owarimonogatari, the final, absolutely the last, no take backs, Monogatari Series novel. Unless they license the others that came after this.

Viz’s debut is Remina, another helping of Junji Ito just in time for winter. This is sci-fi, but still just as terrifying. It ran in Big Comic Spirits.

MICHELLE: I am down for this sci-fi/horror blend!

ANNA: Glad that Maison Ikkoku is being rereleased and looking forward to Blue Flag.

ASH: I should actually read Maison Ikkoku now that it is readily available again.

MELINDA: I should be buying them, since I never managed to acquire a full collection of the original release! 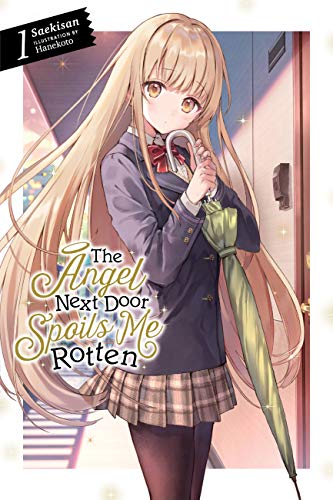 SEAN: Yen On has a truly terrifying number of light novels coming out. The first debut is The Angel Next Door Spoils Me Rotten (Otonari no Tenshi-sama ni Itsu no Ma ni ka Dame Ningen ni Sareteita Ken). We’ve seen a mini-rebirth of the non-fantasy romcom in recent licenses, and this falls into that category. A guy lends his neighbor his umbrella one day, she offers to help around his house in return, and a relationship blossoms.

The second debut is a spinoff, Goblin Slayer Side Story 2: Dai Katana. This apparently goes into the past of Sword Maiden.

There is also (deep breath): Accel World 23, The Alchemist Who Survived Now Dreams of a Quiet City Life 5, Baccano! 15, The Demon Sword Master of Excalibur Academy 2, The Devil Is a Part-Timer 18, The Genius Prince’s Guide to Raising a Nation Out of Debt (Hey, How About Treason?) 5, Suppose a Kid From the Dungeon Boonies Moved to a Starter Town 4, and Torture Princess 6.

ASH: That is a fair number of light novels!

SEAN: On the Yen Press side, there’s even more. Debut #1: 86, the manga adaptation of the grim military fantasy light novel series. It runs in Young Gangan.

Carole and Tuesday runs in Young Ace, and I believe is the rare case where the anime comes first and the manga follows. Girls who want to be musicians… on Mars!

ANNA: I watched half of the anime….

MELINDA: I… kind of want it. Though I’m not sure how to interpret the fact that Anna only watched half of the anime.

SEAN: Not quite a debut, but we do see Overlord: The Complete Anime Artbook.

And Wolf & Parchment is the manga adaptation of the sequel to Spice & Wolf.

Also from Yen: ACCA 13-Territory Inspection Department P.S. 2, The Devil Is a Part-Timer! 16, Goblin Slayer 9, King of Eden 2, KonoSuba 11, Lust Geass 2, No Matter How I Look at It, It’s You Guys’ Fault I’m Not Popular! 17, Plunderer 6, Rascal Does Not Dream of Petit Devil Kouhai (another omnibus), Re:ZERO -Starting Life in Another World-, Chapter 3: Truth of Zero 11 (the final volume of this arc), Reborn As a Polar Bear 4, The Saga of Tanya the Evil 12, A Witch’s Printing Office 4, and Yowamushi Pedal’s 16th omnibus.

MICHELLE: I am fixin’ to have a YowaPeda catch-up spree and am very happy about that.

ASH: Same! And I always look forward to reading Natsume Ono’s manga, so I plan on picking up the ACCA continuation as well.

SEAN: Any presents from this list you’re giving out?