SEAN: Happy Thanksgiving! Please be safe when you celebrate it!

Cross Infinite World gives us the 2nd volume of Another World’s Zombie Apocalypse Is Not My Problem!, which surprises me, as I thought it was a standalone. Though perhaps it surprises me less because it was on last month’s list – it got bumped. 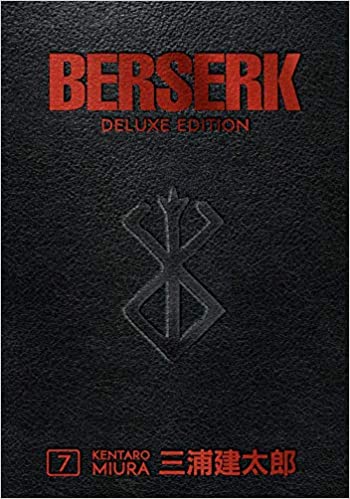 ASH: I plan on getting my hands on that deluxe Berserk volume.

SEAN: Ghost Ship has a trio of titles, as we see Fire in His Fingertips 2, World’s End Harem 9, and Yuuna and the Haunted Hot Springs 11.

ASH: Fire in His Fingertips is definitely one of the spiciest josei manga being released in print right now.

SEAN: J-Novel Club debuts The Bloodline, their first attempt at pulling a Cross Infinite World and licensing direct from the author – this isn’t out from a Japanese publisher yet. The plot sounds a lot like Our Last Crusade, but with vampires.

There’s also a pile of other titles. By the Grace of the Gods 5, Cooking with Wild Game 10, Demon Lord, Retry! 5, Full Metal Panic! 9, The Greatest Magicmaster’s Retirement Plan 7, the 11th and final volume of Kokoro Connect, My Instant Death Ability is So Overpowered, No One in This Other World Stands a Chance Against Me! 2, and My Next Life As a Villainess 8.

No print debuts for Kodansha, but some new volumes. We see I’m Standing on a Million Lives 8, Noragami: Stray God 22, Sayonara Football 2 (the final volume, though also see Farewell My Dear Cramer), The Quintessential Quintuplets 11, The Witch and the Beast 2, and Yuzu the Pet Vet 4.

MICHELLE: Man, I’m already so far behind on Yuzu the Pet Vet.

SEAN: SEAN: Digitally there is a debut. Am I Actually the Strongest? (Jitsu wa Ore, Saikyou Deshita?) is a reincarnation isekai that runs in Suiyoubi no Sirius. A reincarnated kid is abandoned for being weak. But is he? Is he really? No word on whether the author’s high school bullies play the villains here, but it’s possible! That is typical of the genre. 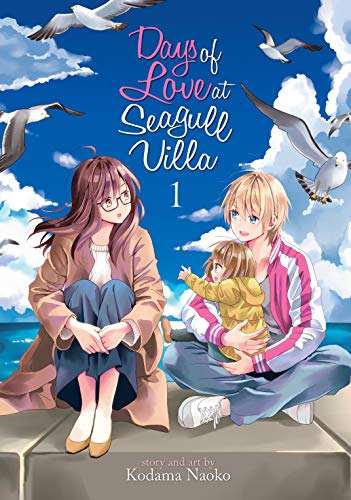 Seven Seas has a massive amount of stuff. Let’s start with the debuts. Days of Love at Seagull Villa (Umineko Sou Days) is a Comic Yuri Hime title about a spurned fiancee who runs away, and the single mom who runs the housing complex she runs to. No relation to Umineko: When They Cry. Probably. It’s from the creator of I Married My Best Friend to Shut My Parents Up.

ASH: It does! I’m looking forward to giving it a try.

MELINDA: Could be interesting.

SEAN: Kageki Shojo!! The Curtain Rises is a one-omnibus shoujo manga that originally ran in a not-shoujo venue, Shueisha’s Jump Kai!. It’s about the lives of two Takarazuka girls. There is a sequel, as yet unlicensed, still running in Japan, this time in Hakusensha’s Melody.

MICHELLE: This looks really good, too!

ASH: Yes, it really does! In fact, it’s probably one of the releases that I’ve been most looking forward to this year.

ANNA: I’m intrigued by this for sure.

SEAN: Two light novels we’ve seen digitally already also make print debuts: The Saint’s Magic Power Is Omnipotent and The Sorcerer King of Destruction and the Golem of the Barbarian Queen. We also get the 2nd volume of each of those series digitally.

Also due out next week: Adachi and Shimamura 3 (print) and 4 (digital), Citrus+ 2, D-Frag! 14, Dungeon Builder: The Demon King’s Labyrinth is a Modern City! 3, Gal Gohan 5, GIGANT 3, Harukana Receive 6, High-Rise Invasion 15-16, Magical Girl Site 13, My Senpai is Annoying 3, Neon Genesis Evangelion ANIMA 4, PENGUINDRUM 3 (manga version), Scarlet 2 (the final volume), and Species Domain 8. A large number of these have been out digitally for a while.

Tokyopop has the 7th volume of Futaribeya: A Room for Two.

Vertical has the 14th volume of Witchcraft Works. They also have the digital debut of the final volume of Katanagatari.

Yen On only has three volumes, but one is a doozy. The Intuition of Haruhi Suzumiya is the 11th volume in the light novel series, coming out digital-only (for now, print will follow) in North America at about the same time it’s out in Japan. The last volume in the series came out in English almost 7 years ago to the day. It’s been a while. Now, this is merely three short stories, but hey, it’s nice to see Haruhi back again – rumors of the author’s crippling writer’s block were worrying.

ASH: It has been some time! I never got around to reading them all, but I did enjoy the Haruhi novels that I made time for.

On the Yen Press side, no debuts, but we get Breasts Are My Favorite Thing in the World! 2, Bungo Stray Dogs 16, Is It Wrong to Try To {Pick Up Girls in a Dungeon: Sword Oratoria 13 (manga version), Overlord the Undead King-Oh! 5, and Teasing Master Takagi-san 10.

Give thanks for manga! And again, stay safe. Masks, please.