SEAN: Try to remember the kind of September when manga was slow and discussion was mellow. Ready? Then follow.

SEAN: Going by their website, Denpa Books finally has the 2nd omnibus of Gambling Apocalypse Kaiji.

ASH: Happy to see this series get back on track!

SEAN: Seven Seas’ ero label Ghost Ship has FOUR titles out, including a debut. Welcome to Succubus High! (Succubus Gakuen No Inu!!) is a Takeshobo title from Web Comic Gamma Plus. An average boy is transferred to an all-girls school full of succubuses to teach them about men. Naturally, he does NOT want to have sex with any of them, because this is a Ghost Ship title and not a Fakku title. The line may be far away, but it’s there.

Other Ghost Ship titles out are Creature Girls 4, Yokai Girls 11, and Yuuna and the Haunted Hot Springs 10.

J-Novel Club has a trio of titles. The Combat Baker and Automaton Waitress 8, Cooking with Wild Game 9, and A Wild Last Boss Appeared! 2. 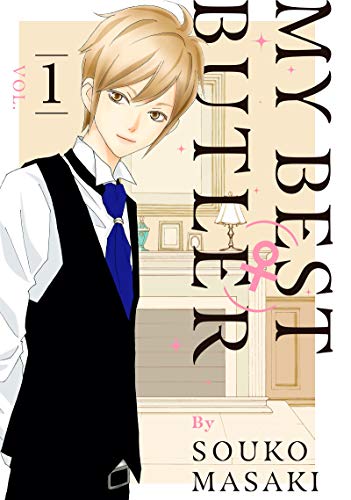 Kodansha, again, has no print titles. Digitally, we have a debut: My Best (♀) Butler (Ore no Shitsuji (♀) ga Iketeiru), a Dessert title that I could describe the plot of but instead I’ll just note it’s another “poor girl is toyed with by rich boys” series and go with that.

SEAN: I’ve made a decision to stop reporting Kodansha’s “early digital” series as they simply change the date at the very last minute too often. So, in digital-only land, we have Heaven’s Design Team 5, Lovesick Ellie 11, the 16th and final volume of My Boy in Blue, Princess Resurrection Nightmare 6, and Seven Shakespeares 13. As you can see, this week is devoted to “new volumes of titles we’ve caught up to Japan on”.

SEAN: One Peace Books has The Reprise of the Spear Hero 2.

Seven Seas has three debuts. The Ancient Magus’ Bride: Wizard’s Blue (Mahou Tsukai no Yome Shihen.108 – Majutsushi no Ao) is another spinoff of the popular fantasy manga, it runs in Mag Garden’s Manga Door, and has been described as a genderswapped version of the parent series.

We Swore to Meet in the Next Life and That’s When Things Got Weird! (Raise o Chikatte Tensei Shitara Taihen na Koto ni natta) is from ichijinsha’s Zero-Sum Online. Two lovers vow to meet again in their next life. They do! Except she’s a 39-year-old OL, and he’s still in high school! This sounds… uncomfortable but cute if you ignore the premise.

MICHELLE: I will probably check out both of these, albeit with a certain degree of trepidation.

ASH: Things did indeed get weird there.

SEAN: The digital-first light novel is Muscles Are Better Than Magic! (Mahou? Sonna Koto yori Kinniku da!), a fantasy comedy about a guy who’s trained forever and the elf girl who needs his help.

Also out next week: Didn’t I Say to Make My Abilities Average?! 10 (print), How to Build a Dungeon 6, The Invincible Shovel 2 (print), Mushoku Tensei light novel 8 (digital first), and Servamp 14.

Vertical has two titles. On the manga end, we get the 2nd Blood on the Tracks. 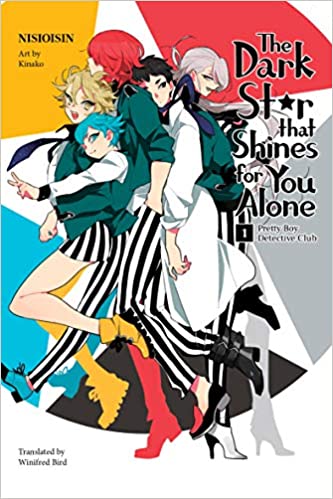 Pretty Boy Detective Club (Bishounen Tanteidan) is a novel written by NISIOISIN, but it’s a far cry from the Monogatari or Zaregoto series – it’s a reverse harem! A young woman trying to find a star that appears only once every ten years ends up being helped by, well, the title club.

MICHELLE: I cannot resist this.

SEAN: Yen also has some runoff from last week. Yen On gives us a 4th Our Last Crusade or the Rise of a New World.

Yen Press debuts Yoshi no Zuikara: The Frog in the Well Does Not Know the Ocean, a Gangan title from the creator of Barakamon, about a fantasy manga artist trying desperately to draw realistic manga.

MICHELLE: Huh. The Yoshino series was not on my radar.

ASH: Oooh, I am intrigued!

SEAN: Lastly, we get Éclair Rouge, the latest in this yuri anthology series.

More to discuss than I thought. Fantastick. What are you getting?