SEAN: Get ready for a brutal month. Every week in August is huge. Soooo much stuff.

SEAN: First of all, hey, remember when I somehow missed that Soul Eater: The Perfect Edition started from Square Enix on 7/28? That was 100% a thing I missed, because I am basically terrible. Soul Eater is fun. Please ignore the boobie ending.

We start with J-Novel Club, which has several print volumes. We see Animeta! 4, How NOT to Summon a Demon Lord 11, the debut of the I Shall Survive Using Potions! light novel, and In Another World with My Smartphone 11.

ASH: I plan on picking up Animeta! out of this group.

SEAN: Digitally, there is Altina the Sword Princess 5, Campfire Cooking in Another World 7, Can Someone Please Explain What’s Going On? 3, Der Werwolf 8, Grimgar of Fantasy and Ash 15 (hey, it finally hit 15), In Another World with My Smartphone 20, and Record of Wortenia War 7. 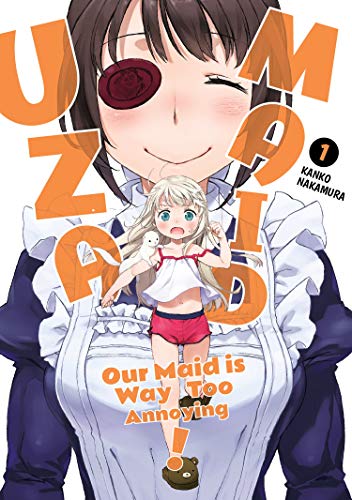 Kaiten Books has another manga debut: UzaMaid: Our Maid is Way Too Annoying (Uchi no Maid ga Uzasugiru!). This Manga Action title from Futabasha had an anime recently, and I can confirm that its title is not just for show.

Kodansha had to push back its Shaman King rollout, so no debuts this week. In print, we get Boarding School Juliet 12.

MICHELLE: I will never not be grateful for Chihayafuru!

SEAN: One Peace has a one-off for us: My Papa’s Persimmon Tree, which is 45 pages long, seemingly based on real-life events, and award winning.

ASH: Interesting! It’s so easy for One Peace’s releases to slip under the radar; I wasn’t previously aware of this one.

SEAN: Seven Seas has the print debut of Peter Grill and the Philosopher’s Time, the 2020 award winner for most “humorous” euphemisms for semen in a single manga volume.

MELINDA: I hate everything.

As for early digital releases, we have the 11th Saint Seiya: Saintia Sho.

Udon has the 2nd Rose of Versailles at last. Cannot wait.

ASH: Yes!! Still so glad this series is being released.

MELINDA: Okay, I don’t hate EVERYTHING. So excited!! 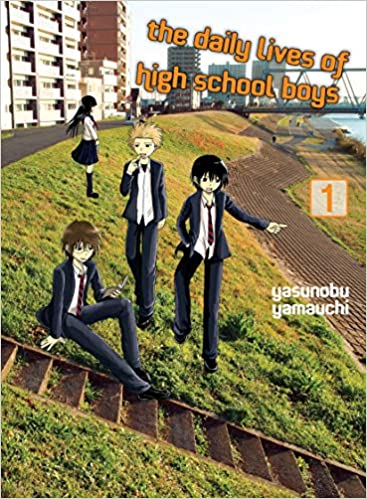 SEAN: Vertical has a manga debut: The Daily Lives of High School Boys (Danshi Koukousei no Nichijou), an episodic comedy manga from Gangan Online that also became an anime and a film. It’s pretty highly regarded.

And lastly, ALL THE VIZ. The debut is a sequel. Fushigi Yugi: Byakko Senki, a sequel to Fushigi Yugi – Genbu Kaiden, but still a prequel to the main series proper. It runs in Flowers, meaning we finally have another Flowers series from Viz that isn’t Kaze Hikaru. Also, this manga is so old I have to remind myself every time not to use two u’s in Yugi. Because fandom.

MICHELLE: I am all about this.

ANNA: I am so excited for this series. Trying to emotionally prepare myself.

MELINDA: Okay, I absolutely loved Fushigi Yugi – Genbu Kaiden, probably more than the original series, if I’m being honest. So this is a welcome addition to that universe!

SEAN: Naruto has a new light novel (at 136 pages, a very light novel) called Naruto’s Story: Family Day. It shows him bonding with Himawari, and I think was animated.

ASH: JoJo! So far, this arc has’t been my favorite, but I’m still getting a huge kick out of it.

SEAN: Shojo Beat? We have you covered as well. Ao Haru Ride 12, Kaze Hikaru 28 (the yearly volume, which means TWO Flowers series on the same day from Viz! Can 7SEEDS be far behind?), Oresama Teacher 27, Shortcake Cake 9, and Yona of the Dawn 25.

MICHELLE: I would even be super happy if 7SEEDS was digital-only. Heck, if Kaze Hikaru moved in that direction but came out more frequently, that’d be okay too.

ANNA: If only we got 7SEEDS. I’m happy for the annual volume of Kaze Hikaru. . So much great shoujo this week!

MELINDA: That 7SEEDS tease seems cruel, Sean! So much false hope! I weep.

SEAN: As tends to happen in Week Ones, Viz is most fascinating to me (well, that and Rose of Versailles). How about you?