SEAN: It’s another one of those weeks. Get ready to be buried.

ASH: It’s good to see some things returning to normal! 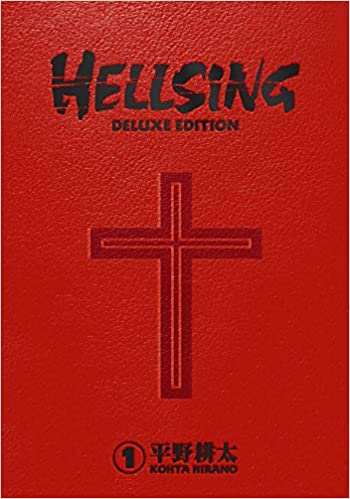 As for next week, Dark Horse debuts its deluxe edition of Hellsing. The manga was always a lot more… bonkers than the anime, so I’m not sure if I’m going to reread it, but it’s worth checking out.

ASH: If it’s anything like the Berserk deluxe edition, this should be a great release of Hellsing for those interested in the series.

SEAN: J-Novel Club gives us the long-awaited second volume of Tearmoon Empire, as well as the 3rd Teagonia.

Kaiten Books debuts a new digital manga license, My Dad’s the Queen of All VTubers?! (Oyaji ga Bishoujo ni Natteta Hanashi). It’s a Manga Action series from Futabasha, seems to be a comedy. Title is likely the plot, as we see a lot these days.

Kodansha’s latest digital debut, Cells at Work: Baby!, is not about Red Blood Cell and White Blood Cell finally getting their groove on, alas. It’s about the newest cells and what their job is. It runs, believe it or not, in Kodansha’s Morning magazine.

ASH: I hadn’t realized just how many spinoffs of Cells at Work there already were!

SEAN: Also debuting is Sue and Tai-chan, which was delayed from a previous Manga the Week of, so let me go copy and paste. It’s another cat manga from the creator of Chi’s Sweet Home. This one runs in Be Love magazine, so seems more for housewives than kids. But… I mean, it’s still a cute cat manga.

SEAN: In print? Living-Room Matsunaga-san 3, Something’s Wrong with Us 2, and The Seven Deadly Sins 38. 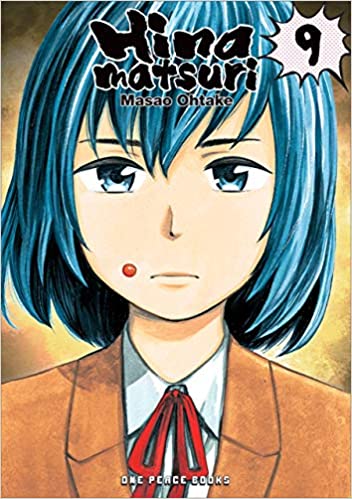 One Peace has a 9th volume of Hinamatsuri.

Seven Seas debuts, in print, Buck Naked in Another World, a light novel that does not live up to its title.

MELINDA: Also got a laugh out of this.

ASH: I’ve been meaning to give Goodbye My Rose Garden a try; better get on that before I get too far behind!

SEAN: There’s also an early digital release for Classroom of the Elite 6.

Sol Press has a 3rd digital volume for the light novel Why Can’t a Detestable Demon Lord Fall in Love?.

Tokyopop has a new print BL title: There Are Things I Can’t Tell You (Kimi ni Ienai Koto ga Aru). It’s from the publisher Printemps Shuppan, runs in their magazine Canna, and is about childhood friends growing up and realizing they love each other.

MELINDA: I have to admit this sounds like my kind of title.

SEAN: Vertical, in print, has the 6th Knights of Sidonia Master Edition.

They also have digital editions of Bakemonogatari 5 and CITY 9. 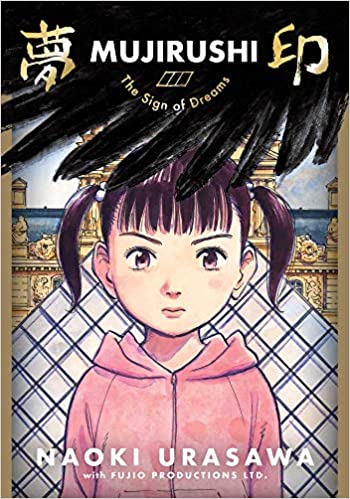 The big debut from Viz is Mujirushi: The Sign of Dreams. This is complete in one volume, ran in Shogakukan’s Big Comic Original, and is a father/daughter psychological drama.

ASH: Not only that, it’s by Naoki Urasawa, one of the creators who solidified my love of manga. I’ll definitely be checking this one out.

SEAN: Viz also gave us a series of RWBY anthologies before, but now we have RWBY: The Official Manga. This is a prequel to the animated series, and ran in Shonen Jump’s online app.

ASH: Beastars and Hell’s Paradise Jigokuraku are my priorities out of this bunch.

SEAN: Yen On has three different light novel debuts. High School Prodigies Have It Easy Even in Another World! (Choujin Koukousei-tachi wa Isekai demo Yoyuu de Ikinuku you desu!) is one where we’ve seen the manga before, and it’s had an anime as well. This is the isekai you get when only geniuses are summoned.

I’m a Behemoth, an S-Ranked Monster, but Mistaken for a Cat, I Live as an Elf Girl’s Pet (S-Rank Monster no Behemoth Dakedo, Neko to Machigawarete Erufu Musume no Kishi (Pet) Toshite Kurashitemasu) is what it sounds like, but it’s also notable for being the first Yen On light novel to have a Parental Advisory warning. From what I hear, it’s simply because of the constant mention of boobs in the series. Sigh.

ASH: Huh. I’m not sure I’ve ever seen an advisory warning on a novel before. 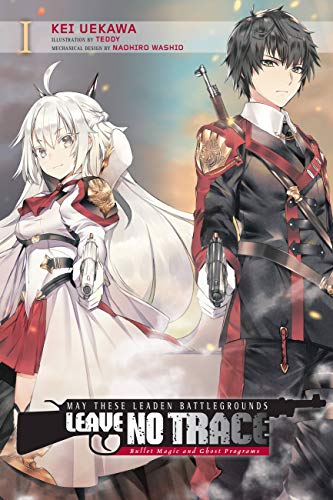 SEAN: May These Leaden Battlegrounds Leave No Trace (Uchinukareta Senjou wa, Soko de Kieteiro) is a more serious, war-torn drama type of story, along the lines of 86.

Also out in light novels: Bungo Stray Dogs 4, The Greatest Demon Lord Is Reborn As a Typical Nobody 3, The Hero Is Overpowered But Overly Cautious 4, Is It Wrong to Try to Pick Up Girls in a Dungeon: Sword Oratoria 12, the second volume of Kingdom Hearts III: The Novel, the third and final volume of KonoSuba: An Explosion on this Wonderful World! (don’t worry, there’s a sequel to this side story in a couple of months), Magical Girl Raising Project 9, Re: Zero 13, and the WorldEnd EX side novel.

Yen’s manga side has two debuts, and the first is… oh dear. To Save the World, Can You Wake Up the Morning After with a Demi-Human? (Sekai wo Sukuu Tame ni Ajin to Asa-chun Dekimasenka?) is the latest in a series of not-quite-porn-but-pretty-close licenses Yen has picked up, this one runs in Young Dragon Age (which, judging by its title, is for series TOO RACY for Dragon Age, a terrifying thought). The plot involves… well, I can probably guess.

SEAN: The second is a spinoff. That Time I Got Reincarnated as a Slime: The Ways of the Monster Nation. It runs in Micro Magazine’s Comic Ride.

Yen also has some less appalling titles. Barakamon 18 + 1 is a welcome return to that series. There’s also The Case Study of Vanitas 7, For the Kid I Saw in My Dreams 5, Goblin Slayer Side Story: Year One 5, The Hero Is Overpowered but Overly Cautious 2 (the manga version), Horimiya 14, I’m a Behemoth, an S-Ranked Monster, but Mistaken for a Cat, I Live as an Elf Girl’s Pet 2 (the manga version), Monster Wrestling: Interspecies Combat Girls 3, No Matter How I Look at It, It’s You Guys’ Fault I’m Not Popular! 16, RaW Hero 2, Sacrificial Princess and the King of Beasts 10, and the 4th print volume of Toilet-Bound Hanako-kun.

MELINDA: Has anyone kept up with The Case Study of Vanitas? I was such a big fan of Pandora Hearts, but the beginning of this series wasn’t as strong as I hoped. Has it gotten better?

SEAN: Yen’s release schedule always seems to exhaust me. Are you picking anything up?