SEAN: June is busting out all over, and while the schedule is not back to normal yet, it’s better than May was. 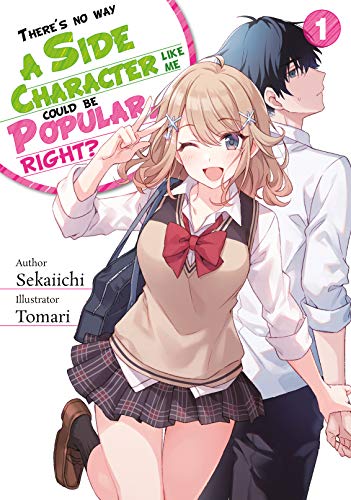 SEAN: First, an apology to a new publisher, Tentai Books, who have their first release out this week and I missed it. They’re publishing in both Spanish and English, and their debut is a light novel, There’s No Way a Side Character Like Me Could Be Popular, Right?. Seems to be targeting the Oregairu/Tomozaki crowd.

As for next week, Ghost Ship has a 9th Yuuna and the Haunted Hot Springs.

J-Novel Club has a lot. In print, we get the debut volume of Sexiled: My Sexist Party Leader Kicked Me Out, So I Teamed Up With a Mythical Sorceress!, which I recommend to absolutely everyone.

ASH: Now that it’s finally in print, I’ll definitely be picking this one up. I’ve heard great things about it from all sorts of people.

ANNA: I’m curious about it too!

SEAN: Also in print: Ascendance of a Bookworm 5, How NOT to Summon a Demon Lord 10, and In Another World with My Smartphone 10.

Digitally, there’s also Altina the Sword Princess 4, a 3rd By the Grace of the Gods, Can Someone Please Explain What’s Going On? 2, Kokoro Connect 9, the 3rd Marginal Operation manga, The Master of Ragnarok & Blesser of Einherjar 11, and a 6th Record of Wortenia War.

Kodansha has a lot, most of which I’ve mentioned before because the schedule shifted. The print and digital debut is Rent-A-Girlfriend (Kanojo, Okarishimasu), a Weekly Shonen Magazine manga by an artist best known for the long-running and unlicensed AKB49: The Rules Against Love. A desperate guy, as the title suggests, rents a girlfriend, who seems perfect… at first. This is getting an anime this summer, and Kodansha describes it as “sweet, naive boy meets cute, ruthless girl”. 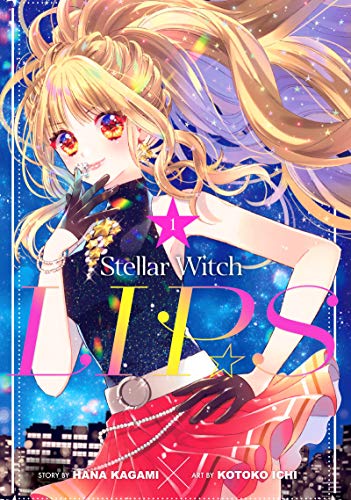 Debuting digitally is Stellar Witch LIP☆S (MajoKaitou LIP☆S), a shoujo series from Nakayoshi. A girl who desperately wants to see an idol group turns to a witch to help her. Hijinks ensue.

MICHELLE: I can’t confidently claim Stellar Witch is going to be any better than Rent-A-Girlfriend, but it’s certainly more my speed.

ANNA: This sounds fun, but I am utterly incapable of keeping up with these digital releases.

MELINDA: Yes, with so many, I find I need to REALLY want to read something for it to stand out from the crowd.

SEAN: No other print stuff, but in digital-first print books we have (be prepared for titles you’ve heard here before…) Cells At Work: Code BLACK 5, Fairy Tail 100 Years Quest 4, Granblue Fantasy 5, Knight of the Ice 2, L♥DK 15, Maga-Tsuki 11-13 (a final volume 3-in-one omnibus two years after a 2-in-one omnibus, YIKES), The Seven Deadly Sins 38, Something’s Wrong with Us 2, and Yuzu the Pet Vet 2.

In digital-only we get A Condition Called Love 4, Chihayafuru 20, Smile Down the Runway 10, and To Be Next to You 6.

MICHELLE: I’ve been catching up on A Condition Called Love and enjoying it. And, of course, I always rejoice for more Chihayafuru.

ANNA: Chihayafuru is the one digital release that I am confident I will get caught up on…one day.

SEAN: Seven Seas has, in early digital release, Love Me for Who I Am (Fukakai na Boku no Subete o), aka Fukaboku. This LGBT manga from GOT Corporation’s Comic MeDu is about a nonbinary protagonist and the nontraditional maid cafe they’re introduced to.

MICHELLE: I’ll definitely be checking this one out.

MELINDA: To illustrate my above point, I’m SO here for this. I will seek it out.

SEAN: Also out early digitally: A Centaur’s Life 18 and Skeleton Knight in Another World light novel 6.

In print, Seven Seas has quite a bit. Debuting is The Invincible Shovel, a light novel that I found hilarious when I reviewed the early digital copy. And we also see Sarazanmai: Reo and Mabu, the manga prequel to the upcoming light novels based on the anime.

ASH: I really need to catch up on Sarazanmai in general. 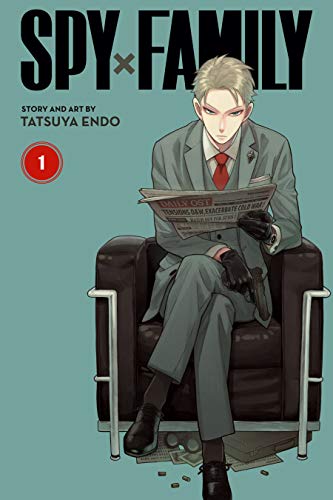 Viz has two debuts. The first is SPY x FAMILY, a series that should need no introduction but I’m going to anyway. In an unnamed vaguely Eastern European country, a spy needs to have a wife and child to complete his next assignment. A woman who moonlights as an assassin needs a husband so that she isn’t suspicious. And a young girl with esper powers just wants to get away from being experimented on. Together, they are the best found family ever. Oh yes, and except for the girl (who can read minds), they don’t know each other’s profession. A magical series, I want the world to read it. Hilarious and heartwarming.

SEAN: The other debut is, of course, My Villain Academia, which replaces the seemingly popular My Hero Academia. Not sure why, maybe its sales were slipping? In any case, this volume focuses on our villain heroes, Shigaraki, Twice, and Himiko Toga. It promises to be DARK as hell. (Also, it is possibly it’s really My Hero Academia 24.)

MICHELLE: Heh. This arc solidified Twice as my favorite amongst the villains.

MICHELLE: Oh, I had no idea that was the final volume of Food Wars! I reckon since I have read through volume 30 I might as well finish it, pile of crap or no. Also, I’m looking forward to the next Vigilantes volume, as I believe it has more of Aizawa’s past in it.

MICHELLE: I love both dearly, but because Natsume comes out less regularly, I think it’s got the edge for me.

ASH: Natsume and Yona both have my heart, too. Though, I’ve also been enjoying Queen’s Quality.

MICHELLE: I really need to read it. I did enjoy QQ Sweeper.

ANNA: Nice week of many great series coming out!

SEAN: What are you getting next week? (Please get SPY x FAMILY.)