SEAN: STILL no sign of land. How long is it? 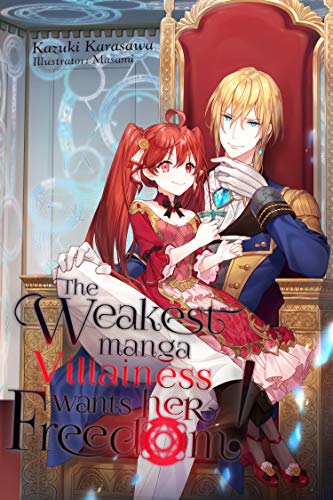 Cross Infinite World has seen which way the trends are blowing and is here for you with The Weakest Manga Villainess Wants Her Freedom!. A light novel about a girl who discovers she’s been reincarnated into her favorite game as the weakest boss villain who dies early and everyone mocks after her death. Yeah, she’s not sticking around for that. She’s outta here! If you can’t wait for more Bakarina or I Refuse to Be Your Enemy, this should tide you over.

ASH: Definitely on trend there, but it sounds like it could be fun.

J-Novel Club has three novels: Banner of the Stars 3, Bibliophile Princess 2, and Campfire Cooking in Another World 6.

Kodansha’s website says we’re getting digital-first versions of Fairy Tail: 100 Years Quest 4, Knight of the Ice 2 (postponed from this week), Saiyuki 2, The Seven Deadly Sins 38, and Something’s Wrong With Us 2. I’m assuming they will hit other retail sites soon.

MICHELLE: Hm. I’m looking forward to more of Something’s Wrong with Us!

MICHELLE: I am really enjoying I’ll Win You Over, Senpai!, somewhat to my surprise.

SEAN: One Peace says that it has The Reprise of the Spear Hero’s 2nd manga volume out next week. As with other small publishers in these COVID times, actual shipment dates may vary.

Vertical’s digital releases are now part of Kodansha’s, so I missed that CITY 8 came out digitally this week. By that logic, we should see Please Don’t Bully Me, Miss Nagotoro 3 next week. 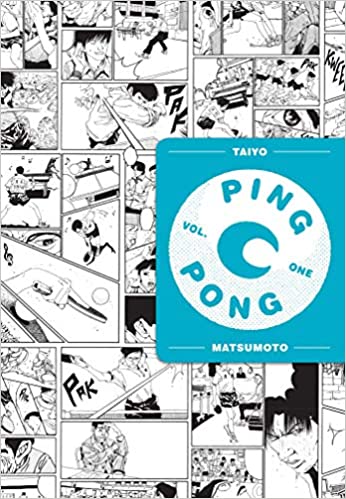 Viz has the debut of the week, and it’s a big one. Ping Pong is an old series from Taiyo Matsumoto that ran in Big Comic Spirits back in the 1990s, and Viz is releasing it in two 500-page tomes. If you liked Sunny, or Tekkon Kinkreet, or what little we got of Number Five, you have to check this out. And yes, it really is about ping pong, it’s not a metaphor or something.

MICHELLE: I am so here for this.

ANNA: Me too, that sounds amazing.

ASH: Yes! I have been pining for a release of this series ever since Matsumoto was at TCAF back in 2013. I am so happy to finally get my hands on this.

MELINDA: I love that you had to explain that, though. “It really is about ping pong.”

SEAN: The other debut is The Kingdom of the Gods, which inspired a Netflix series called Kingdom. It’s a manwha, seems to be complete in one volume, and has a cover that looks terrifying.

ASH: I’ll be checking this one out! I’ve heard great things about the adaptation, so I’m curious about the original.

SEAN: Also from Viz: Beastars 6, Hell’s Paradise: Jigokuraku 2, Levius/est 4, No Guns Life 5, Ran and the Gray World 7 (the final volume), Urusei Yatsura omnibus 6, and The Way of the Househusband 3.

MICHELLE: Some good stuff here! I really need to catch up on BEASTARS.

ASH: It’s gone in some directions that I really didn’t expect, but I’ve certainly been enjoying the series. I liked the first volume of Hell’s Paradise, too, and I’m looking forward to more of The Way of the Househusband, as well!

SEAN: Are you planning to eat your manga? Or just read it?