SEAN: Mid-May (Mother’s Day) and we’re feeling the loss of many books, though there’s still enough coming out that people should be kept busy.

ASH: Indeed! It certainly feels odd not going to TCAF this year, but I’ve still found plenty to read.

SEAN: We start with J-Novel Club, which has the 4th Ascendance of a Bookworm manga, Cooking with Wild Game 7, and Outer Ragna 2.

ASH: I’ve heard so many good things about Ascendance of a Bookworm; I really need to move it closer to the top of my to-be-read pile. 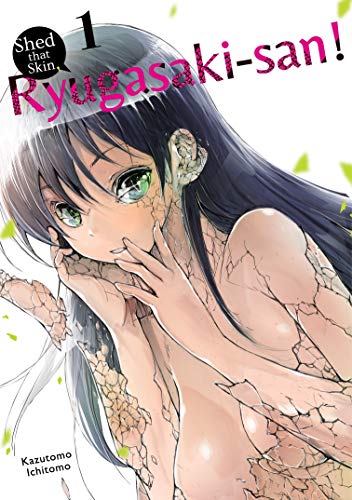 Newbie publisher Kaiten Books has its second release, which is Shed that Skin, Ryugasaki-san! (Mukasete! Ryugasaki-san), which is NOT based on a light novel but is in Overlap’s Comic Gardo anyway. It’s the sweet story of a lizard-like girl and a boy who really loves lizards. Can they find love?

Catching up on things I missed: Kodansha now has the rights to Loveless, presumably through their partnership with Ichijinsha, and has released all 13 volumes digitally as of last week.

Also out already from Kodansha via their partnership with Comixology is Drops of God Vols. 12-22.

In the “would have been print but isn’t yet” Kodansha titles, we find Beyond the Clouds 2 and Knight of the Ice 2.

MICHELLE: Knight of the Ice is so much fun.

ANNA: Me too, I’m looking forward to collecting this in print.

SEAN: On the actual digital front, we have Ace of the Diamond 26, The Dorm of Love and Secrets 4 (a final volume), Giant Killing 20, The Hero Life of a (Self-Proclaimed) “Mediocre” Demon! 2, and Tokyo Revengers 15.

SEAN: Seven Seas has two debuts (digital, of course). The first is the Kuma Kuma Kuma Bear manga, based on the light novel we talked about a week ago. It runs in Shufu to Seikatsusha’s Comic Pash!, which is not a magazine I get to mention here very often. 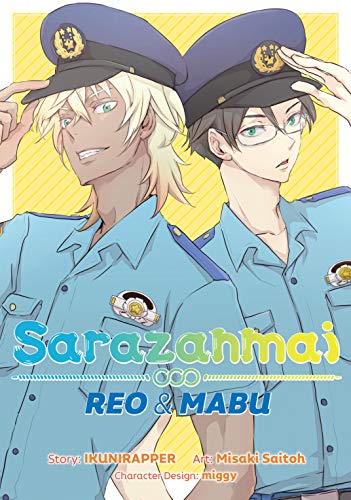 More relevant to the Manga Bookshelf crowd is Sarazanmai: Reo and Mabu, a single volume BL manga from Gentosha’s RUTILE. From what I can tell, this is the prequel to the Sarazanmai anime/light novel series, which is from the pen of Kunihiko Ikuhara and whose light novel version Seven Seas is releasing later this year. Um, they’re cops, they’re lovers, they adopt a kid, there’s weird supernatural shit? Sounds like Ikuhara, all right.

ASH: I’ll be reading this at some point.

MELINDA: Count me in on this.

SEAN: Also out next week: Classroom of the Elite 5 has a early digital release. There’s also Dungeon Builder: Demon King’s Labyrinth Is a Modern City 2, Magical Girl Site 12, and the 11th and final volume of Masamune-kun’s Revenge.

Square Enix has one digital release: The manga version of Wandering Witch, whose light novel is coming out from Yen On. This manga version is from Gangan Online. For fans of Kino’s Journey.

SEAN: SuBLime has a 2nd volume of Given and the 3rd Yarichin Bitch Club.

ANNA: Looking forward to more Given!

SEAN: Finally, we have Viz. No debuts, but we get A Tropical Fish Yearns for Snow 3, Fullmetal Alchemist: Fullmetal Edition 9, Radiant 11, RIN-NE 33, Splatoon 9, Transformers: the Manga 2, and Yo-Kai Watch 14. (Yes, I know. I always forget Yo-Kai Watch exists.)

ASH: I’ve been enjoying A Tropical Fish Yearns for Snow quite a bit so far.

SEAN: Some interesting things. Are you buying any manga for your mom?