ASH: I appreciate some normalcy, these days. 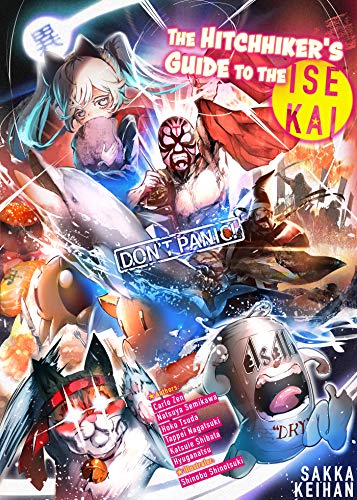 SEAN: J-Novel Club has a debut, and it’s an odd one. This was a doujinshi published by 6 light novel authors, including the creators of Tanya the Evil and Re: Zero. The Hitchhiker’s Guide to the Isekai is as silly as it sounds, I hear, and is complete in one volume.

SEAN: Also out next week is By the Grace of the Gods 2, In Another World with My Smartphone 19, Otherside Picnic 3, and Seirei Gensouki: Spirit Chronicles 9.

Kodansha, in print, has Attack on Titan 30 and Hitorijime My Hero 7.

ASH: It’s been a while since I’ve thought about Attack on Titan.

ANNA: I generally don’t think about Attack on Titan.

MELINDA: Honestly, I try not to think about Attack on Titan.

SEAN: Digitally, the debut is The Hero Life of a (Self-Proclaimed) “Mediocre” Demon (Jishou! Heibon Mazoku no Eiyuu Life: B-kyuu Mazoku na no ni Cheat Dungeon wo Tsukutte shimatta Kekka). Yes, it’s based on a light novel, no this is not the novel. It runs on NicoNico Seiga, and is about a young demon going to a magic school… and is not, amazingly, The Greatest Demon Lord Is Reborn As a Typical Nobody *or* The Demon Sword Master of Excalibur Academy, both of which seem to have very similar premises.

MICHELLE: If we’re going to get a story about a demon school, why can’t it be Mairimashita! Iruma-kun? (I realize that’s Akita Shoten and not Kodansha; I’m just whining.)

SEAN: And there is also (deep breath) All-Out!! 13, Domestic Girlfriend 24, The Dorm of Love and Secrets 3, Farewell My Dear Cramer 9, My Boyfriend in Orange 9, My Roomie Is a Dino 2, Ran the Peerless Beauty 7 (I have to catch up!) and You Got Me Sempai! 8. 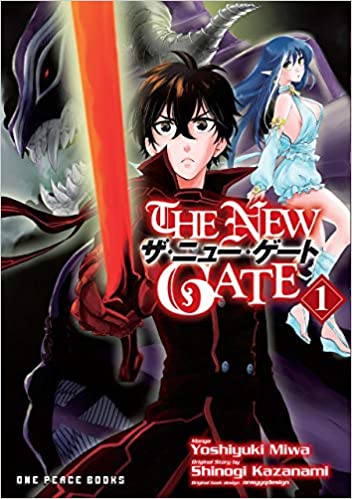 SEAN: One Peace has a debut with The New Gate. Yes, it’s based on a novel, no, that’s not licensed. It’s an Alpha Polis series about a guy trapped in a game who wins and frees everyone… but lingers a bit too long, and now is caught in the same game 500 years later.

Three debuts from Seven Seas. The first is a digital-first light novel, Adachi and Shimamura. This yuri series has been long requested, and fans should be happy. I believe its plot is Story A.

Fragtime is a done in one omnibus, which ran (oh dear) in Akita Shoten’s Champion Tap! (which I guess is when your work is not good enough for Champion Red) and is about (oh dear) a girl who stops time to look at her classmates’ panties. It’s hard to have lower expectations for this than I do.

MICHELLE: Ugh. Although, if they’re licensing Akita Shoten titles, maybe I should whine at them about Iruma-kun…

MELINDA: Seven Seas has really come a long way. This feels like old times, and not in a great way.

SEAN: Goodbye My Rose Garden (Sayonara Rose Garden) easily wins the “if I can only buy one yuri title” sweepstakes this week, and ran in Mag Garden’s MAGxiv. A young noblewoman begs her maid to kill her, and they grow closer as a result. It sounds quite good.

ASH: This one seems more up my alley. 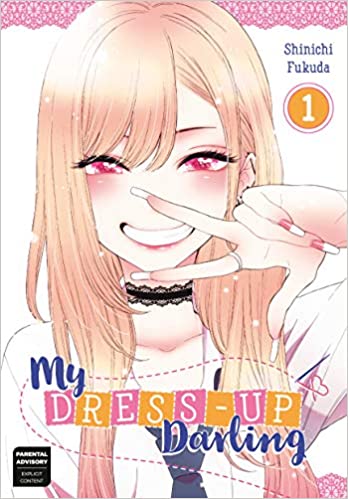 Square Enix debuts My Dress Up Darling (Sono Bisque Doll wa Koi wo Suru), a Young Gangan title about a reclusive boy and a Gal who end up bonding over their hobbies. This actually sounds interesting. That said, I’ve heard it’s also servicey.

ASH: I can think of a few cute but servicey series I’m enjoying; maybe this manga will join the group.

ASH: Oh, there really are rabbits! (I had to double-check – hot boys I expected.)

MELINDA: I’m… maybe there for the rabbits?

Vertical gives us a 5th Knights of Sidonia Master Edition.

Viz has no debuts, but does have Case Closed 74, Komi Can’t Communicate 6, the 2nd Persona 5, and Sleepy Princess in the Demon Castle 11.

ASH: I’m behind a few volumes, but Sleepy Princess in the Demon Castle is consistently delightful.

ANNA: I agree, getting caught up on Sleepy Princess in the Demon Castle might be a nice stress-busting activity.

SEAN: Yen time. Fresh off its anime and its cameo in Isekai Quartet, The Hero Is Overpowered But Overly Cautious has a 3rd volume that hopes to answer why this went more than two volumes.

Lastly, the final volume, and I can’t believe I finally get to say that, of BTOOOM!. In fact, it’s two volumes, as it comes in “Light” and “Dark” versions, which I assume have happy and sad ends. Honestly, the mere fact I don’t have to type its name anymore is a happy end. We’ll miss you, bomb-bouncing-off-boob manga.

ASH: Okay, having two different final volumes is kind of clever… but it’s probably still not a series for me.

MELINDA: I suppose I can celebrate the fact that it’s finally over.

SEAN: Anything tickling your fancy?