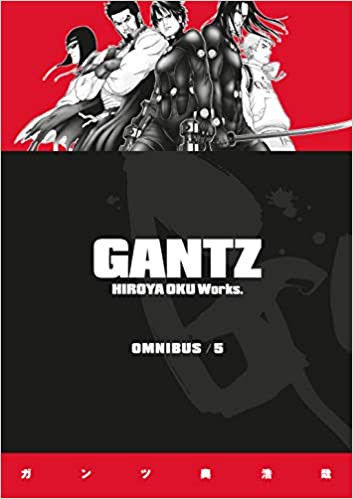 SEAN: April is here, and the shipping list is still fine, mostly.

SEAN: The mostly is due to Dark Horse, who had two items on next week’s list, a 5th Gantz omnibus and the 2nd Star Blazers 2199 omnibus. Looking at their site now shows that the items came out on March 25th but are also on pre-order. Given DH tends to work with Diamond, who aren’t shipping books, this may be the best we can get.

ASH: I realize now that I haven’t actually read the first Star Blazers 2199 omnibus yet.

SEAN: Denpa has a 6th volume of Inside Mari.

J-Novel Club has a giant pile. In print we have Animeta! 3 (that’s a manga), Ascendance of a Bookworm 4, How NOT to Summon a Demon Lord 9, If It’s for My Daughter I’d Even Defeat a Demon Lord 8, In Another World with My Smartphone 9, and The Magic in This Other World Is Too Far Behind! 8.

ASH: I’ve liked Animeta! so far. I’m pretty sure I’d like Ascendance of a Bookworm, too, but I haven’t had a chance to actually read it.

SEAN: Digitally the debut is The Tales of Marielle Clarac, an Ichijinsha Bunko Iris NEO series which, instead of volume titles, has a different title for every book, a la Haruhi Suzumiya. The Engagement of Marielle Clarac is the first. Marielle is a noble’s daughter who’s not particularly gorgeous or famous, but who gets a proposal one day from a knight who will be an Earl one day. She’s quite happy… he’s just her type, and now she can imagine all sorts of things about him. Yes, Marielle is secretly a fangirl. This looks fun.

Also debuting is a manga version of Sorcerous Stabber Orphen. 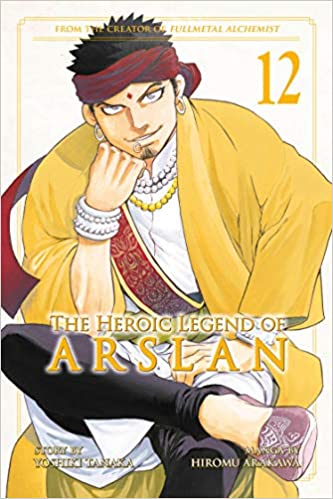 ASH: Oh! I need to catch up with Arslan!

SEAN: Digitally the debut has an author familiar to many: Shinobu Ohtaka, creator of Magi. Her new series is called Orient, runs in Weekly Shonen Magazine, and seems to be the Sengoku period version of Magi. I’m in.

MICHELLE: Something about the blurb for this turned me off. I think I’m sitting Orient out.

ASH: I’ll admit to being intrigued by Sengoku period…

ANNA: I am also intrigued.

SEAN: There’s also A Condition Called Love 2, Chihayafuru 19, Drifting Dragons 7, Goodbye! I’m Being Reincarnated 4, Smile Down the Runway 8, and To Be Next to You 4.

MICHELLE: Those new shoujo series are racking up volumes so quickly!

SEAN: Seven Seas’ debut is Primitive Boyfriend (Genshijin Kareshi), a shoujo title from LaLa. Our heroine wants a guy, but they’re all wusses. Then she magically ends up in the past. Is a caveman the sort of guy who’s her type? This is three volumes long, which seems about right.

MICHELLE: It does, but it could be fun!

ASH: The premise seems ridiculous, but that’s not necessarily a bad thing.

MELINDA: I… am not sure.

SEAN: Also out from Seven Seas: 12 Beast 7, Bloom Into You 7, and the 3rd My Next Life As a Villainess! manga. 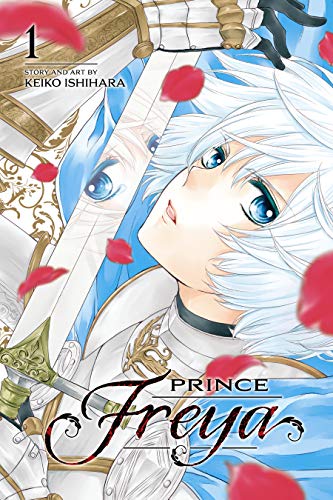 It’s the first week of the month, so you know Viz is up next with their Jump and Beat series. The debut is Prince Freya (Itsuwari no Freya), a LaLa DX series (man, you don’t see any LaLa titles for over a year, then two come in the same week) from the creator of The Bride & the Exorcist Knight and The Heiress & the Chauffeur. Prince Freya does not have an &… yet. Possibly as she’s a lookalike for the real prince, and thus is forced to step in and impersonate him in a crisis. I admit, I always love those sorts of plots.

MICHELLE: I will definitely be checking this out.

MELINDA: I’m here for it!

MICHELLE: Woot for 75% of those! I greatly enjoyed getting caught back up on Ao Haru Ride and Takane & Hana recently.

ASH: Yona of the Dawn is my priority, but I’m reading a fair number of these, too.

ANNA: This is a week for me!

MELINDA: I have fallen behind on both the series Michelle caught up on, so I have work to do!

SEAN: Lastly, Yen On has another March novel slightly bumped into April: the 15th volume of The Irregular at Magic High School.

Don’t go out, read a manga! What are you reading?