SEAN: It’s the week of St. Patrick’s Day, and yet the amount of Irish manga is thin on the ground.

Dark Horse has Mob Psycho 100 4, which I remain convinced must be 2000% better animated.

ASH: I’ve been enjoying the manga, but it sounds like I should check out the anime, too! 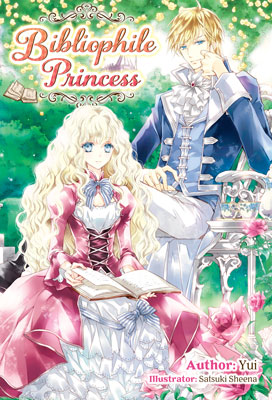 SEAN: J-Novel Club has two debuts. Bibliophile Princess (Mushikaburi-hime) is from Ichijinsha’s Iris Bunko line, and features a princess who spots her betrothed with another man, confirming the rumors she’s heard. But this is just the start of a VAST CONSPIRACY! I’ve heard good things about this.

ASH: That does sound like it could be good.

SEAN: The other debut is also a shoujo light novel, from Frontier Works’ ArianRose label. Can Someone Please Explain What’s Going On?! (Dareka Kono Joukyou wo Setsumei Shite Kudasai!) has our poor noble heroine signing a marriage contract to a rich noble man to save her family. Now she’s forced to level up in being a high-class fiancee. I’ve heard less good things about this, but will absolutely give it a shot.

They also have Arifureta Short Stories, which is what it says, and the long-awaited 9th volume of The Magic in This Other World Is Too Far Behind!.

Kodansha’s print debut is Something’s Wrong with Us (Watashitachi wa Douka Shiteiru), a josei series from Natsumi Ando, best known as the creator of Kitchen Princess. This runs in Be Love, though, so the audience is much older. A young woman is on a quest to become a sweets maker, but the owner of the company she starts with is the childhood friend who framed her mother for murder 15 years earlier. Um… well, that went somewhere unexpected.

MICHELLE: This creator also did Arisa, which might be seen as a sort of bridge between the two series you mentioned, since it did at least have some mystery elements. I’ll definitely check out Ando doing josei!

ASH: Me, too! Ando’s work always seems to have some unexpected turns (for better and worse), but I’ve enjoyed the creator’s past manga.

ANNA: Huh, I’m curious about this for sure. 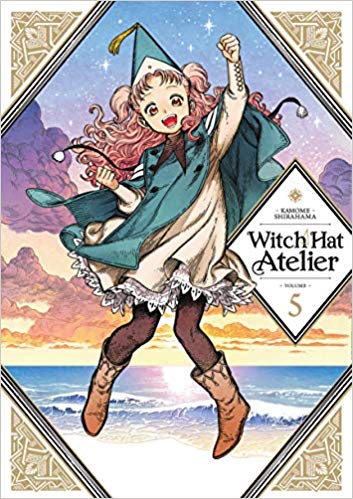 SEAN: Also in print: I’m Standing on a Million Lives 6, the 2nd Saint Young Men hardcover, That Time I Got Reincarnated As a Slime 12, and Witch Hat Atelier 5, which is the one Manga Bookshelf cares about.

MICHELLE: I really must get caught up on this.

ASH: I also care about Saint Young Men, but Witch Hat Atelier is just SO GOOD.

ANNA: It really is, I am stoked for a new volume of Witch Hat Atelier

SEAN: Digitally the debut is Kakushigoto: My Dad’s Secret Ambition, from the creator of Sayonara, Zetsubou-sensei (of which Kodansha put out 14 of 30 volumes. Not that I’m bitter.), a story about a writer of a very popular but very raunchy manga series… which he absolutely does not want his young impressionable daughter finding out about at all. This runs in Monthly Shonen Magazine, and looks to be more realistic than either Zetsubou or Katteni Kaizo.

ASH: I’m intrigued (and hope it might get a print release at some point so I will actually read it).

One Peace gives us a 15th volume of The Rising of the Shield Hero. Fans of the series will be desperate for more of the main cast after their non-appearance in most of Isekai Quartet 2. Not that I’m smug.

No debuts from Seven Seas, but fear not, there is The Girl from the Other Side 8, New Game! 8, Saint Seiya Saintia Sho 9, and Wonderland 5.

MICHELLE: Yay for The Girl from the Other Side!

ANNA: Some good stuff coming out this week. I need to get caught up.

SEAN: Tokyopop has a debut with The Fox and the Little Tanuki (Kori Senman), a Mag Garden title from Comic Avarus, which stars a fox spirit who’s an ex-con! Out of God Jail, he has to prove he’s reformed by babysitting a tanuki. This looks cute.

And Tokyopop also has a 2nd Still Sick. 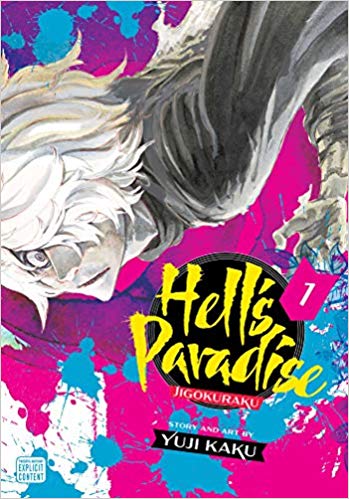 Viz debuts Hell’s Paradise: Jigokuraku, a Shonen Jump + title that’s been on the SJ app and has an unbelievable amount of buzz. It’s set in Edo Japan, and features a ninja assassin and an executioner searching for the secret of immortality.

MICHELLE: I will probably check this out.

SEAN: Yen On gives us the 5th volume of The Isolator.

And on the manga end, there’s Delicious in Dungeon 8 (yay!) and Shibuya Goldfish 7 (ergh…).

ASH: I love Delicious in Dungeon so much.

SEAN: What manga is in your pot of gold?