SEAN: March is coming in like a lion, unless you mean March Comes in Like a Lion the manga, that’s still unlicensed. But what else do we have?

MICHELLE: I really want that manga! 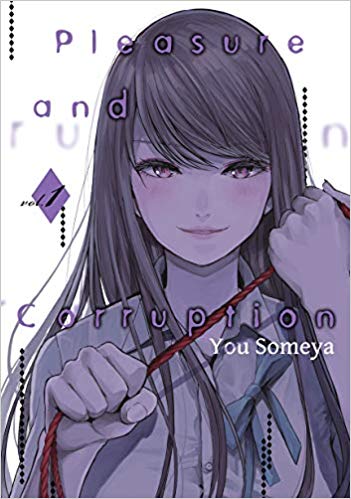 SEAN: Denpa Books debuts a new series, Pleasure and Corruption (Tsumi to Kai). This is a Square Enix title from Young Gangan, and seems to be more on the “Fakku” end of the Denpa scale rather than the “Vertical” end, if you know what I mean.

SEAN: J-Novel Club has some new print releases. Crest of the Stars Books 1-3 get a deluxe hardcover release, recommended for all space opera fans.

ASH: Oooh, I might have to check that out now that it’s (back) in print.

On the digital side, they debut the Demon Lord, Retry! manga, based on the light novels that they are also releasing. They’ve also got Campfire Cooking in Another World 5, The Combat Baker and Automaton Waitress 4, and the third A Very Fairy Apartment manga.

Kodansha has… no print releases. But there is a digital debut, A Condition Called Love (Hananoi-kun to Koi no Yamai). It’s a Dessert title, about a girl who ends up going out with a popular guy after his messy breakup with someone else. But is she just a rebound, or something more?

MICHELLE: This is by Megumi Morino, whose Wake Up, Sleeping Beauty I liked a lot, so I’m expecting good things.

ASH: I liked that one, too.

SEAN: There’s also All-Rounder Meguru 13, Blissful Land 5, Smile Down the Runway 7, and To Be Next To You 3.

Seven Seas… also has nothing. What an odd week.

ASH: That does feel strange!

SEAN: Tokyopop is giving us Aria: The Masterpiece 5. This should be the first of the re-releases with new to English material.

Vertical has the 3rd Bakemonogatari manga, still in the midst of Mayoi’s first arc. 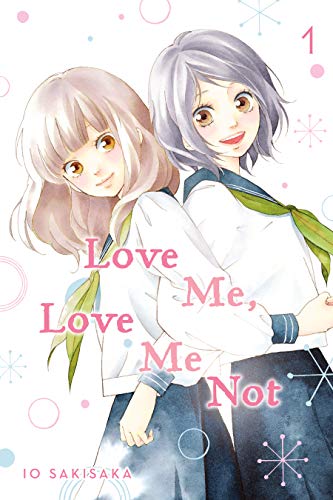 Fortunately, Viz still has a ton of stuff to pad out this list. The debut is Love Me, Love Me Not (Omoi, Omoware, Furi, Furare), a Betsuma title that is the latest from Io Sakisaka, the creator of Ao Haru Ride and Strobe Edge. It’s an award-winner. Plot? High school kids in love, of course.

MICHELLE: Of course. Still, I am here for it.

ANNA: Me too, not surprisingly.

SEAN: Also out on the shoujo side, we have Daytime Shooting Star 5, The Demon Prince of Momochi House 15, Snow White with the Red Hair 6, and Vampire Knight: Memories 4.

MELINDA: I’m behind on the ones I’m reading, but I need to catch up!

SEAN: The shonen end is more loaded up. The debut is Samurai 8, the new manga from the creator of Naruto (though someone else is doing the art this time). First ninjas, now samurai.

We see… wait, is that D.Gray-Man 26? I think it’s been years since the last volume of this!

ASH: It has been awhile, hasn’t it?

MICHELLE: A buncha good stuff here! Last I looked, there was only a nine-chapter gap remaining in Haikyu!! chapters in VIZ’s Shonen Jump vault between collected volumes and magazine issues. Perhaps volume 37 will eradicate the gap entirely!

ASH: It very well may!

SEAN: Lastly, Yen Press has one lone straggler due out next week… and it’s a debut! A debut with a title that is… well, eye-catching, if nothing else. After School Bitchcraft (Houkago Bitch Craft) comes from my nemesis, Comic Alive, and is about a teacher who secretly practices witchcraft at school, and the student who can walk through all his defenses. It seems like one of those “for people who like boobs” titles.

SEAN: For those who can take or leave boobs, what are you getting this week?