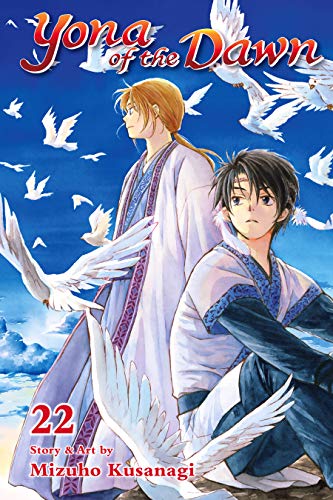 SEAN: It’s Jump/Beat week, folks, and once again my pick is Yona of the Dawn, because it remains one of the best manga Shojo Beat is putting out.

MICHELLE: It is super hard to choose between all the Jump/Beat offerings! Since Sean’s got Yona covered, I’ll pick My Hero Academia. I really like this arc, pitting class 1A and 1B against each other, and even though I know how it ends (courtesy of my Shonen Vault subscription) I’m still eager to revisit it.

ANNA: It is a tough week for me, because needing to pick between Yona of the Dawn and other Shojo Beat offerings is very difficult. But I’m going to go with Shortcake Cake because in it, a romance moves forward after some incredibly cinematic love confessions. This volume is shoujo turned up to 11!

ASH: Like seemingly everyone else this week, Yona of the Dawn is one of my top picks, but I’m also really looking forward to the latest volume of JoJo’s Bizarre Adventure.

MELINDA: I’m not feeling as excited about the ongoing Jump/Beat series this week, so I’m going to stray into digital and take a look at Kodansha’s debut, Let’s Kiss in Secret Tomorrow. I’m not sure what to expect, but I’m always a fan of childhood friends-to-lovers, so I’ll give it my pick for the week!