SEAN: It’s February! The worst month! And it’s a day longer this year! Why not read some really good manga, then?

SEAN: We’ll start with J-Novel Club, who have a plethora of releases, both print and digital. Full Metal Panic! gets a print omnibus of its first three volumes in a fancy hardcover edition that looks cool. Fans won’t want to miss it. 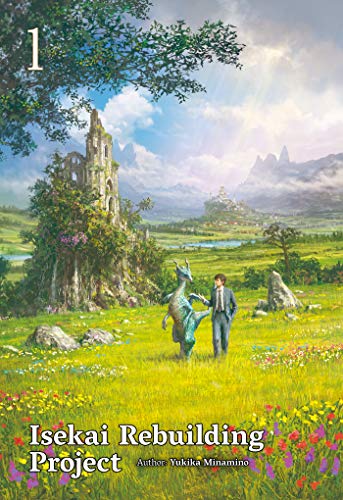 Isekai Rebuilding Project (Isekai Saiken Keikaku) is another one from Kodansha’s Legend Novels, and is about what happens after the hero arrives from another world, bringing with him smartphones, modern economics, and weaponry… and then leaves them to their own devices. Yes, it’s an isekai cleanup squad for when things don’t go according to keikaku. The cover art looks fantastic.

ASH: That really is a great cover.

SEAN: Outer Ragna (Game Jikkyou ni yoru Kouryaku to Gyakushuu no Outer Ragna) is also from Legend Novels, and doesn’t quite have an isekai, but the gamer now finds he can ‘possess’ the heroine to help save the world.

Kodansha, in print, has Boarding school Juliet 10 and Granblue Fantasy 3.

The digital debut is Let’s Kiss in Secret Tomorrow (Ashita, Naisho no Kiss Shiyou), a Dessert manga with an unusual premise: the couple start the manga together, as childhood friends turned lovers. But they’re in high school, and now have to hide their relationship. And the guy is suddenly really hot! Can they stay together?

MICHELLE: I will at least give it a try, since I generally like things from Dessert.

MELINDA: It had me at “childhood friends turned lovers.”

SEAN: Also digitally: Drifting Dragons 6, Our Precious Conversations 6, Smile Down the Runway 6, The Tale of Genji: Dreams at Dawn 10, To Be Next to You 2, and To Write Your Words 3.

MICHELLE: To Be Next to You was pretty interesting, too, in that the heroine seems like the outsider (and out of her depth) in the love story the object of her affections is experiencing with another girl.

SEAN: Seven Seas has but one title: a digital release of Classroom of the Elite light novel 4.5 (yes, it’s one of those .5 novels). 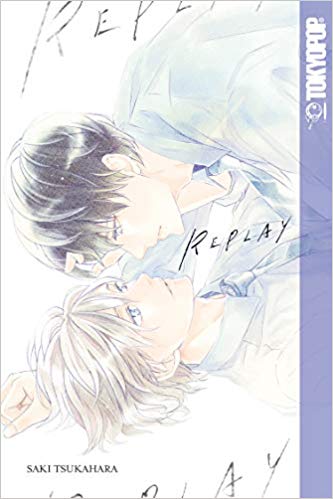 TOKYOPOP has RePlay, a done in one BL manga from Comic Magazine LYNX. It’s about BL and baseball. (Insert Michelle comment here.)

MICHELLE: Crud. I may have to patronize TOKYOPOP.

ASH: I try to avoid TOKYOPOP, too, but some of the licenses are very tempting.

ANNA: I’m going to be strong and just read BL from SuBLime. You can’t trick me TOKYOPOP!

MELINDA: I’ll wait for Michelle to read it first.

SEAN: It’s the first week of the month, and you know what that means. No debuts for Viz this month, though!

MICHELLE: Yep, every single one of the shoujo, and several of the shounen, as well.

ASH: JoJo and Yona are where my priorities are but, yeah, there’s a lot of good stuff in those lists.

MELINDA: I’ve fallen behind on most of this, but I will catch up!

SEAN: Lastly, some Yen Press stragglers, including a couple of debuts. The Hero Is Overpowered But Overly Cautious has its manga debut, and should be highly amusing.

IM: Great Priest Imhotep is getting its print debut. It runs in Shonen Gangan and is to Magi what Black Clover is to Fairy Tail.

SEAN: And there is also Hinowa Ga CRUSH! 3 and Though You May Burn to Ash 6, which has a surprising number of volumes given that you’ve already burned to ash.

ASH: I do a double-take every time I see this series mentioned. XD

SEAN: What manga is spicing up your February doldrums?