SEAN: November brings an absolutely ludicrous amount of stuff, and December’s no better, so get used to it.

ASH: I’m ready for the cooler weather and avalanches of new manga and novels!

The novel debut (digitally) is Demon Lord, Retry!, which had an anime recently. It seems to be Overlord with less skeleton. 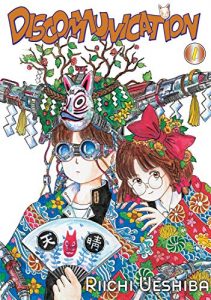 The manga debut (digitally) is Discommunication, an ancient manga (it began in 1992!) that ran in Kodansha’s Afternoon, from the creator of Mysterious Girlfriend X. It’s gotten VERY good buzz, and I’ve been told does not have quite as much drool as MGX, so I’ll be taking a look.

MICHELLE: Hm. I’ll wait for the results of the drool analysis.

ANNA: I too, am concerned about drool.

ASH: Drool aside, I enjoyed what I read of Mysterious Girlfriend X.

MELINDA: I like early 90s manga, so I may risk the drool.

SEAN: J-Novel Club also debuts An Archdemon’s Dilemma: How to Love Your Elf Bride in print, along with print for Ascendance of a Bookworm (2) and Infinite Dendrogram (3). Also, digital volumes for Arifureta (10), The Combat Baker and Automaton Waitress (2), and Sorcerous Stabber Orphen (5), and the 2nd A Very Fairy Apartment manga digitally.

SEAN: In print, Kodansha has Cells at Work: Code BLACK 2 and The Quintessential Quintuplets 6. 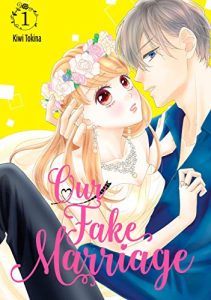 Digitally, our debut from Kodansha is Our Fake Marriage (Usokon), a shoujo/josei title that runs in Ane Friend. 29-year-old woman, no job, nowhere to live, runs into her old childhood friend, now a handsome successful architect, and he suggests… well, look at the title.

ASH: There are some really good ones out there.

MELINDA: I would like to see one where the love interest is not a handsome, successful architect, but like… a nerdy school teacher or something.

SEAN: Also digitally? Cells NOT at Work 2, Fairy Tail: City Hero 2, My Sweet Girl 8, Our Precious Conversations 5, Seven Shakespeares 12 (where had this gone?) and Smile Down the Runway 3.

MICHELLE: I’ll be reading several of these!

ASH: Melting Lover is an interesting BL collection with some speculative fiction flair to the stories. Also, KUMA will yuri in its lineup, too!

MELINDA: Very interested in what Denpa has to offer for BL! 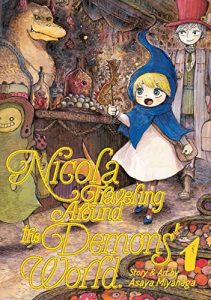 SEAN: Seven Seas debuts two titles, one print, one an early digital. The print is Nicola Traveling Around the Demon’s World (Nicola no Oyururi Makai Kikou), from Kadokawa’s Harta. Adorable human child, land full of demons, just wandering around… this has become a genre by now. Still, I’ll try anything from Harta.

MELINDA: I can also get behind this genre.

Seven Seas also has Accomplishments of the Duke’s Daughter 5, and the 7th Make My Abilities Average! in print.

Tokyopop gives us a 6th Futaribeya.

Vertical has the 14th and final volume of Mobile Suit Gundam Wing.

MICHELLE: I will read every one of these! Of course, I’m particularly asquee for more Skip Beat!.

ANNA: So much great shoujo, I am excited.

ASH: We all should be!

MELINDA: I’m behind on many of these, but I should fix that!

MICHELLE: I enjoyed My Hero Academia SMASH! more than anticipated, and so look forward to volume two!

ASH: I’m getting a kick out of the Diamond Is Unbreakable arc of JoJo’s Bizarre Adventure. I’ve fallen behind with the anime, so this is all new content for me! 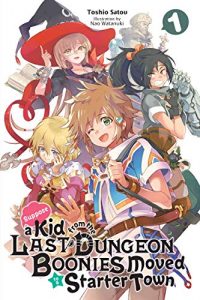 SEAN: Finally we get Yen, who have quite a bit as well. Debuting from Yen On is Suppose a Kid from the Last Dungeon Boonies Moved to a Starter Town (Tatoeba Last Dungeon Mae no Mura no Shounen ga Joban no Machi de Kurasu Youna Monogatari), which is about– whoops, ran out of space.

Ending next week is The Empty Box and Zeroth Maria, with its 7th volume. There’s also new volumes of The Hero Is Overpowered But Overly Cautious (2), Is It Wrong to Try to Pick Up Girls in a Dungeon: Sword Oratoria (10), My Youth Romantic Comedy Is Wrong As I Expected (8), and Woof Woof Story: I Told You to Turn Me Into a Pampered Pooch, Not Fenrir! 3. As you can see, long titles are the new Alice in the Country of.

On the manga end, we debut the manga version of Our Last Crusade or the Rise of a New World. Also getting manga volumes are A Certain Magical Index 19, Durarara!! Re;Dollars 5, and High School Prodigies Have It Easy Even in Another World 5.

I was reincarnated into another world and ended up with manga release date analysis as my only power! What are you getting next week?