SEAN: Mostly due to books being pushed back, this is the smallest week I’ve seen in some time. There’s barely anything! Under 20 books!

ASH: That seems almost unheard of these days!

SEAN: Dark Horse has the third hardcover deluxe edition of Berserk, which contains books 7-9. They also have the 11th and final omnibus of I Am a Hero.

ASH: Dark Horse living up to the dark in its name, I see! Both of these series are great, though. 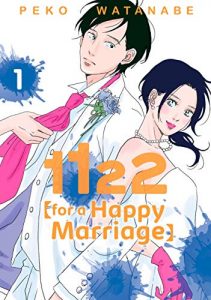 Kodansha, in print, has In/Spectre 10 and Love and Lies 8.

The digital debut is 1122: For a Happy Marriage. This is a seinen title from Morning Two, a story of a couple who’ve been married for some time but have no kids… and no sex life. They agree to see other people, but how will that really work out? This seems like a romantic drama, but anything in Morning Two interests me.

MICHELLE: It’s certainly a concept I haven’t seen before in manga, so I will give it a shot.

SEAN: The big digital debut, though, was a surprise announcement and is already out: The Drops of God will be getting a complete digital release, all 44 volumes. The first 11 are out now. If you like wine, or people talking about wine, this one is for you.

MICHELLE: Wow! Nice to see this get rescued. 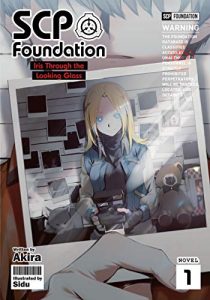 MICHELLE: It’s true that Atsumori-kun’s Bride-to-Be is not really breaking new shoujo ground, but I still enjoyed the first volume quite a lot. I need to catch back up.

SEAN: Seven Seas has another digital novel debut. SCP Foundation: Iris Through the Looking Glass is a done-in-one novel about a boy who sees a girl in any book that he opens. It’s by the author of ECHO, though I’m not sure if it’s also based off of a Vocaloid song.

Seven Seas also has the 7th Toradora! (print and digital) for light novels, and the 5th Tomo-chan Is a Girl! for manga.

I’ve mentioned the 4th Otherworldly Izakaya Nobu in this list before – evidently it got bumped. Amazon has it out next week from Udon.

Lastly, Vertical has a 6th volume of CITY.

So small! What are you getting?